Forum List What's new Dark Style Change width
Log in Register
What's new Search
Menu
Log in
Register
Navigation
Install the app
More options
Dark Style
Close Menu
Posted on February 24, 2020 by Martin Dew
You are using an out of date browser. It may not display this or other websites correctly.
You should upgrade or use an alternative browser.

Harry Potter and the Deathly Hallows Pt.2 has been voted the best Harry Potter film by both users and critics of Rotten Tomatoes, with a combined rating of 93%. Critics gave the movie a 96% score, while fans gave it a 89% rating.

In second place, Harry Potter and the Prisoner of Azkaban received an average rating of 88%, while Harry Potter and the Philosopher’s Stone and Harry Potter and the Chamber of Secrets both scored 82%. According to National Holidays who compiled the data, there isn’t much disagreement when it comes to the least favored movie. The Fantastic Beasts sequel plummeted to the bottom of the pile, with Crimes of Grindewald scoring just 37% from critics and 55% from fans. 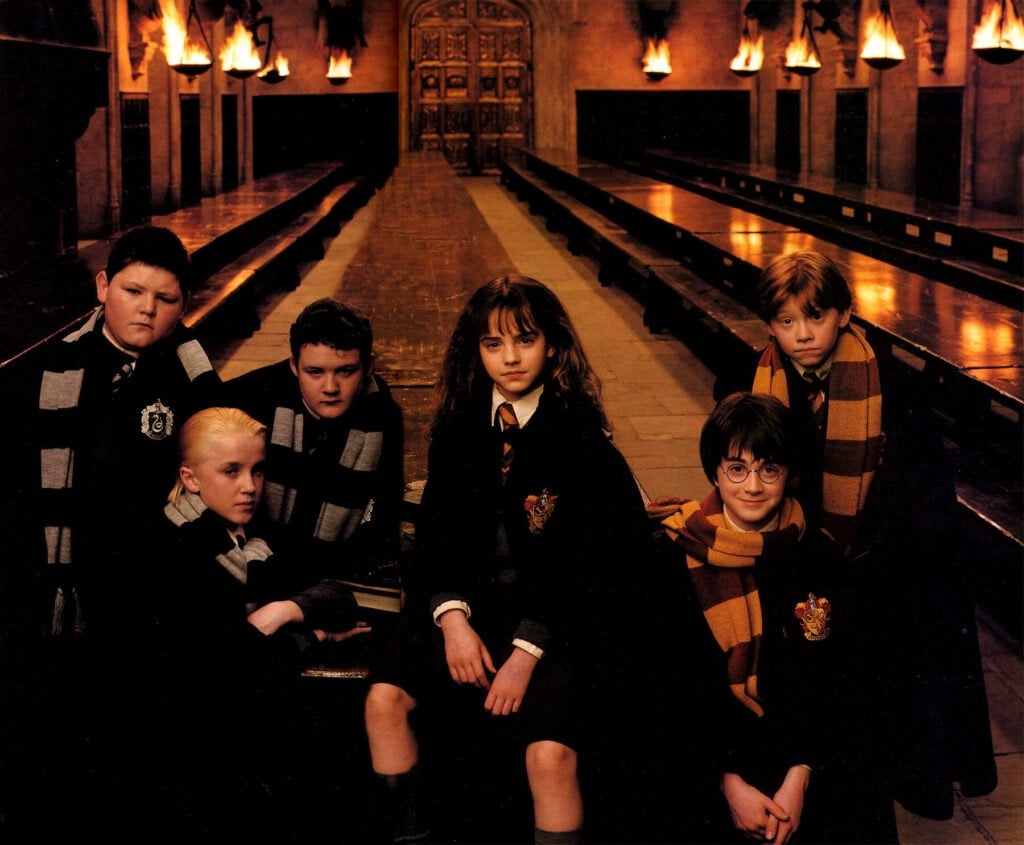 The Harry Potter Films, ranked in order of ratings:

Although voted the least favourite films, both of the Fantastic Beasts releases had budgets of £200,000,000,  making them amongst the most expensive movies ever to be released. On the flip side, Harry Potter and the Chamber of Secrets had the lowest budget and proved to be the most profitable, making £778,979,634 ROI.

If you’re a big fan of the franchise, you can look at the full data here, and see how many spells were cast, the number of magical creatures and items, along with the number of magical terms used in each of the 10 movies. Apparently Harry Potter and Deathly Hallows Pt. 2 contains the most magic overall, with 80 magical creatures and 100 wands appearing throughout the movie.

Prisoner of Azkaban is the best film but is one of my least favorites (due to adaptation issues). My favorite Potter film is Sorcerer's Stone.

Prisoner is my favorite book and probably my favorite movie. I really like Sorcerer’s Stone because of the age of the young wizards. In general I prefer the movies to the books because in the books Harry seems too often to be a whiny brat. I did prefer Deathly Hallows book to the movies. I didn’t see either of the Fantastic Beasts movies at the theater but did buy the disks (Black Friday). I finally got around to seeing Crimes of Grindelwald last week and think it might have killed the third installment. At least Fantastic Beasts (1) was better than the book

Always had a soft spot for Chamber Of Secrets, but as the series continued, I got more bored, and only watched the last installments to see the whole thing.

I can say Half Blood Prince was my favorite book. As for the films I loved them all. Tough to pick a favorite.

They maintained such a high level of consistency and quality that it’s really tough to pick one. They’re all parts of a whole.

But I think special consideration has to be given to the first film. If that movie doesn’t come out right and please both an eager fan base of readers and a much wider new group of moviegoers, there is no franchise. The first film not only told a compelling story but also credibly suggested an entire world of stories that was worth revisiting.

Especially in this day and age of remakes and reboots and sequels, all building off prior works, there’s something to be said for a film good enough to start a film franchise. The books are very good and very popular, but succeeding as a crossover general audience event was never a guarantee and the path the first film charted for the series is quite an achievement.

My favorite book was Half Blood Prince, but my favorite film was Chamber of Secrets.

I also like them all, but I think that Prisoner of Azkaban is my favorite. I really loved Alfonso Cuaron's style.

I thought the movies got better as they went, partly because Radcliffe really developed as an actor.

He was bland in the first few but eventually matured and became a strength.

Watson's limitations became clearer with every passing film, but the movies were good anyway.

Grint improved a bit, but he was pretty good out of the gate...

Tough choice, but I'll go with Prisoner of Azkaban.

I’d also say Prisoner. The Columbus films were exceedingly well cast, but Cuaron established a much needed maturation of the sets and filmmaking. The young actors started to get good, and the array of adult actors in PoA was amazing.

Goblet of Fire for me - everything about it.

noel aguirre said:
Goblet of Fire for me - everything about it.
Click to expand...

"GoF" was the 1st that really started to interest me in the franchise. The 1st 3 left me semi-cold, but "GoF" got me more invested...

Colin Jacobson said:
"GoF" was the 1st that really started to interest me in the franchise. The 1st 3 left me semi-cold, but "GoF" got me more invested...
Click to expand...

Same here- especially the first which I found extremely tedious. If I recall it and Spider-man came out closely around the same time and which to me was so much better after being let down by HP.

noel aguirre said:
Same here- especially the first which I found extremely tedious. If I recall it and Spider-man came out closely around the same time and which to me was so much better after being let down by HP.
Click to expand...

I thought the 1st 3 just spent too much time with Harry and his pals as they did Hogwarts stuff and they didn't push their plots very well.

I think that content works in the books but becomes tedious in the movies!

"GoF" was the first where I felt they really started to emphasize story movement over unrelated wizardry...

I'd seen Sorcerer's Stone and found it somewhat laughable (the troll/bathroom sequence especially so, partly due to the vfx) vowing to not bother with any others. I don't know why I saw Azkaban but I did and found it much better than the first film. After seeing that one I went back and watched Sorcerer's Stone again. In that viewing the film was much better so I watched Chamber and enjoyed it too. It got a bit tedious towards the end.

Since seeing all the films I started reading the books. They've been fun reads so far (I think the last one I read was Azkaban) in spite of knowing what's going to happen.

noel aguirre said:
Same here- especially the first which I found extremely tedious. If I recall it and Spider-man came out closely around the same time and which to me was so much better after being let down by HP.
Click to expand...

Harry Potter And The Sorcerers Stone was released on November 16, 2001.

Spiderman was released almost six months later on May 3 2002.

I couldn't say. I watched all of these movies just once. But I do remember liking the later films better.
You must log in or register to reply here.

Harry Potter Series in Development for HBO Max according to Hollywood Reporter.