It’s almost hard to believe that Netflix has become so ubiquitous in American homes, but the company’s combination of rotating, top-shelf entertainment selections and a seemingly indefatigable stream of original programming has made it almost essential for viewers of all ages. On top of standard-bearer series like The Office that offer comfort food when you’re eating a bowl of cereal before work or drifting off to sleep (or, sure, marathoning Jim and Pam’s romance in order to remind yourself that true love exists), the variety of legacy and new material set a precedent that other streaming services have raced to duplicate; no longer is their volume “unparalleled” either qualitatively or quantitatively, but Netflix remains first among equals, at least.

As September quietly approaches, we’ve sorted through the titles being released on Netflix for a short must-see list from which to choose. In some cases, these are films or shows that we just haven’t seen in a while; in others, they’re noteworthy for what’s going in the world, be it artistically or socially. But take a look and let us know what you think as you’re searching for your own list of titles to add to your own “what to watch” list. 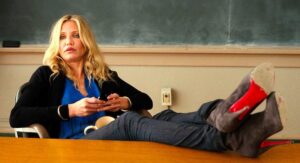 Following an unfortunate (and uneven) spate of similarly-themed comedies where an individual or professional in a position of authority or leadership turns out to be a more-or-less total scumbag, Jake Kasdan’s film takes aim at a particularly calculating middle-school instructor, played brilliantly by Cameron Diaz, who hatches a plan to defraud her students and the school system of several thousand dollars after her fiancé breaks off their engagement. Diaz is delightfully cruel, while Justin Timberlake plays exactly the kind of milquetoast goody-goody that you love to hate. As school gets back underway, imagine what you or your kids are missing in their classrooms. (09/27) 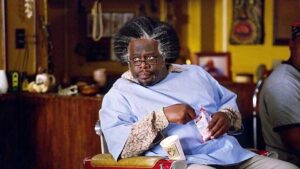 Tim Story directed this slice-of-life comedy about a Chicago barbershop, its motley collection of barbers, and the odd and unpredictable customers that come through. Ice Cube runs the show with trademark gruffness, but it’s Cedric the Entertainer’s turn as the cantankerous Eddie Walker that throws a Molotov cocktail into the conversations that swirl about the barber pole about love and life. (09/01)

After Todd Phillips’ interpretation of Batman villain The Joker won Oscar nominations in 2019, fans and critics alike seemed to forget that his career was marked from the beginning with stories of unbecoming, unsympathetic, vulgar behavior – which he depicts with a level of bemusement not everyone shares, especially in 2020. Due Date is no outlier in that filmography – Robert Downey Jr. and Zach Galiafianakis play a deeply unlikeable pair on a road trip – but perhaps its revival shines a spotlight on subject matter that Phillips has very effectively explored for almost two decades now. (09/01) 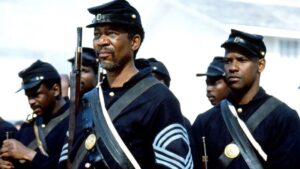 Edward Zwick has told some incredibly vivid, relevant stories of America’s past (and present) throughout his career. Glory tells the story of the Union’s second African-American regiment in the Civil War, a tale thankfully less focused on reconciliation between mistreated blacks and benevolent whites than righteousness, redemption and duty for soldiers, enlisted men and military leaders alike, anchored by mesmerizing performances by Denzel Washington, Morgan Freeman and Matthew Broderick. (09/01) 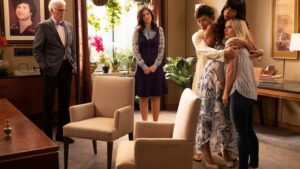 If you’re a jerk like me who discovered The Good Place only after its first seasons already ran and it became the glorious, brilliant stopgap when re-runs of The Office and especially Parks and Rec simply would not satisfy needs for thoughtful, aspirational entertainment, this is a godsend. Catching up has proven a challenge without buying the show from online or physical retailers, and the arrival of its fourth and final season allows the overdue opportunity to wrap up its funny, philosophical saga. (09/26)

Grease was, is and always will be “the word.” Randall Kleiser’s adaptation of the Broadway musical may boast some of the oldest high school students in movie history, but his sentimental, slightly raunchy take on its ideas about growing up and falling in love resonate as brightly today as they did back in the 1970s. John Travolta and Olivia Newton-John deservedly became stars for their expert, effortlessly likeable work as Danny and Sandy. (09/01) 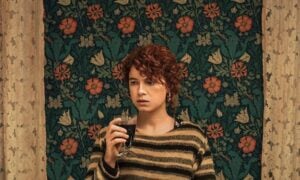 Charlie Kaufman’s name on anything promises an experience unlike you’ve ever seen. Following his melancholy stop-motion masterpiece Anomalisa, Kaufman wrote and directed this psychological horror film premiering on Netflix about a young woman who ends up stranded at her new boyfriend’s family’s house during a snowstorm. For the press material to indicate she starts “calling into question the nature of everything she knew” seems par for course with this singular filmmaker, and makes its debut an absolute must-watch. (09/04) 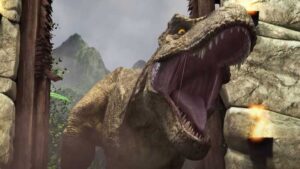 If the Jurassic Park films are deeply predictable in the inciting incident that sets their story into motion, this new series at least shakes up the formula a bit with its cast of characters: a group of teenagers must think fast and fight for their life when an adventure camp on the opposite side of Isla Nublar, site of the original Jurassic Park, becomes overrun by rogue dinosaurs. The animated series offers unique opportunities to create a stylized portrayal of the dinosaurs and the characters trying not to be dino dinner, and keeps fans satisfied until the next film in the live-action saga comes roaring into theaters. (09/18) 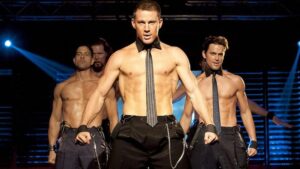 Steven Soderbergh worked closely with Channing Tatum to bring authenticity to this story of a Tampa stripper, in the process making Tatum a star. The musical numbers alone make it worth watching, regardless of your capacity for sexy man meat, but Soderbbergh finds the right tone and the right stakes for this understated little gem that became a big swinging hit back in 2012. (09/01) 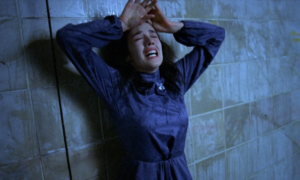 It took a few decades – and more than a few skillfully edited memes – to turn Andrzej Zulawski’s 1981 psychological horror film into a cult classic, but if you’ve seen Isabelle Adjani throwing a violent temper tantrum in a subway station and not known why or where it’s from), here’s your chance to see that scene in absolutely wild and unforgettable context. (09/01) 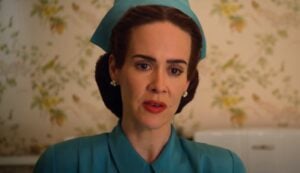 Ryan Murphy’s aptitude for transforming familiar stories into transcendent melodrama is peerless, so there are high hopes for this series loosely inspired by Mildred Ratched, the fictional Nurse presiding over an insane ward in Ken Kesey’s best-seller One Flew Over the Cuckoo’s Nest. Early glimpse suggest that Murphy and showrunner Evan Romansky are aiming for a slightly scarier tone than the medicinal horrors of the portrayal of Ratched in Milos Forman’s 1975 Oscar winner. But a cast that includes Sarah Paulson as Mildred alongside Cynthia Nixon, Sharon Stone and more and re-frames the story to examine the medical system and the treatment of women as both patients and administrators is definitely worth a closer examination. (09/18)