Forum List What's new Dark Style Change width
Log in Register
What's new Search
Menu
Log in
Register
Navigation
Install the app
More options
Dark Style
Close Menu
Posted on November 2, 2020 by Todd Gilchrist
You are using an out of date browser. It may not display this or other websites correctly.
You should upgrade or use an alternative browser.

Impossible as it seems, we’re entering November 2020, and the need for entertainment – or maybe just distractions from the outside world – is greater than ever. A socially-distanced Halloween just isn’t the same, and its passing demands we start thinking about whether or not to get on airplanes or risk other forms of travel to visit friends and relatives as the holidays rapidly approach. Which brings us to Netflix, that ubiquitous monolith beaming nonstop content into our living rooms with a revolving menu of television and movie options.

Certainly, Netflix doesn’t satisfy every one of our individual cravings – that’s why services like Criterion and the exceptionally well-programmed Shudder exist. But Netflix surprises its subscribers in a different way than traditional premium channels that focus heavily on new releases and premieres, much corporate umbrellas like Disney+ that offer choices with the volume and subtlety of a firehose. But Netflix’s updates, its additions, premieres, collections, and original content offer a concentration of surprises and content guaranteed to satisfy. You can watch a new season of one of their popular shows, an old season of a network standard, or some random movie they decided would fit into this particular month’s programming. To that end, check out just a few of the shoes and films arriving on Netflix in November: 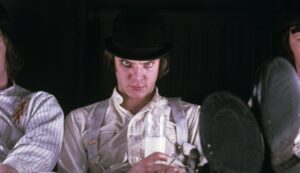 Stanley Kubrick was already known as a provocateur by the time he decided to adapt Anthony Burgess’ novel about an ultraviolence-obsessed teenager receiving a dose of his own medicine. But Malcolm McDowell transforms Alex DeLarge into an iconic, tragic, troublesome figure, forcing audiences to question if the state’s punishment fits his crimes, and at what cost they come to a society incapable – or disinterested in – restorative justice. (11/1) 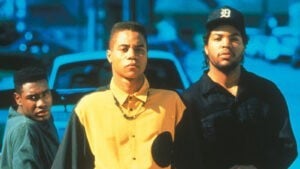 John Singleton never surpassed the achievement of his debut feature, but he didn’t need to: The USC graduate delivered a visceral, vital portrait of life in South Central Log Angeles (and by extension, other communities where crime and poverty keep their citizens from reaching their potential) that was unlike many audiences had ever seen before. Cuba Gooding Jr., Ice Cube and Morris Chestnut bring that landscape vividly to life while Singleton observes the challenges and complexities they face with a laser-sharp, incisive eye. (11/1) 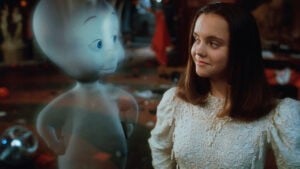 Brad Silberling directed this adaptation of the comic character, and later, animated series, featuring Christina Ricci as the human girl that the little ghost boy enlists to help stop a spoiled heiress (Cathy Moriarty) uncover a treasure supposedly hidden in his family home. As a follow-up to Ricci’s turns in the Addams Family movies, it’s a similarly slight family-friendly experience, but it might be just the right pick as a come-down after binging gory hardcore horror for the entire month of October. (11/1) 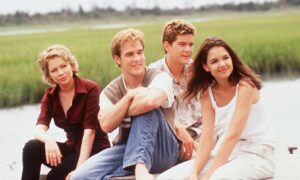 Binge-watching shows just got a lot easier with services like Netflix. If you haven’t watched it in years, revisit Kevin Williamson’s coming-of-age series Dawson’s Creek, about a young aspiring filmmaker (James Van Der Beek) and the fellow teenagers who grow into adulthood in fictional Capeside. The show offers plenty of melodramatic teenage hijinks, but almost as compelling is the surprising volume of cast members and guest stars who graduated from the weekly soap to become some of the most acclaimed actors in Hollywood. Watch all six seasons! 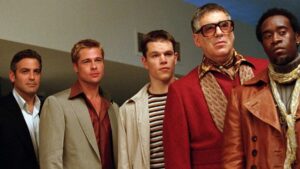 Ocean’s Twelve and Thirteen have been on Netflix for a while, but it’s the star-studded original that enchanted audiences the most, and quite possibly offered Hollywood’s last hurrah for A-list hijinks. Loosely adapting the Rat Pack original to suit the needs of a murderer’s row of turn-of-the-century headliners, Steven Soderbergh creates a world of effortless, luxurious cool George Clooney, Brad Pitt, Matt Damon and their colleagues lead us through as tour guides while simultaneously robbing a ruthless Vegas casino owner. (11/1) 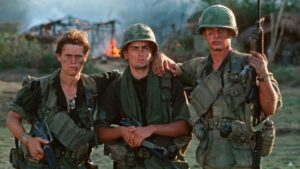 Oliver Stone started early in his career as a truth teller holding the powers that be accountable for the injustices they commit – and force Americans to commit – in their name. In this 1986 Oscar winner, he offers a semi-autobiographical portrait of the Vietnam war, the story of a young soldier (Charlie Sheen) caught between the wildly different influences of two commanding officers (Willem Dafoe and Tom Berenger). (11/1) 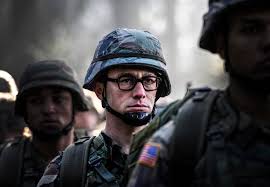 Another of the Oliver Stone movies turning up on Netflix this month, this one is from a decidedly different era of the filmmaker’s career, a character study of the NSA whistleblower who exposed evidence of a global surveillance program to monitor electronic communication. Delving into the real Snowden’s life and career, Stone posits himself once again as a documentarian of the biggest events in American life, sometimes as they unfold; whether or not you agree with Snowden’s decision – or Stone’s portrayal – it’s a fascinating film. (11/1)

Based on the book of the same name by Alex Kershaw, this unique animated series follows a young military captain who returns to the battlefield after for the first time after an enemy encounter almost killed him. Premiering for Veteran’s Day, the series uses rotoscope animation – or some version of it – to create lifelike characters in an authentic setting, only not quite in live action. The series promises something unlike people have almost ever seen, and tells a story that people will never forget. (11/11) 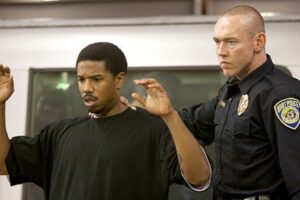 Before he breathed new life into the Rocky franchise and made Wakanda a three-dimensional reality in Black Panther, Ryan Coogler wrote and directed this account of the final hours of the life of Oscar Grant before he was shot by police in 2009. Michael B. Jordan demonstrates the exact kind of fire and charisma that has made him one of Hollywood’s hottest young actors as Grant, a young man slowly trying to turn his life around at the moment he ran afoul of trigger-happy police. Coogler’s thought-provoking intensity and compassion as a storyteller shows why he too has become such an important storyteller in an industry yearning for more diverse voices. (11/12) 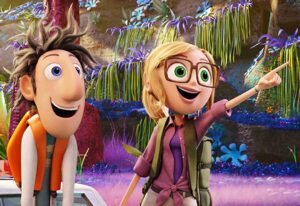 When Cody Cameron and Kris Pearn took over for wunderkind directors Chris Miller and Phil Lord on the second installment of Cloudy With a Chance of Meatballs, it was understandable to be concerned. Few comedy filmmakers have come out of the gate with such a smart, complex and well-defined style as the duo that went on to tackle 21 Jump Street and Into the Spider-Verse. Thankfully, the second film almost lives up to the original, offering more food puns per minute than you can keep up with, while Bill Hader’s Flint Lockwood once again finds himself in a nightmarish situation where not only is his signature food-duplicating device still operational, but creating food-animal hybrids that threaten to run amuck. Grab a fork and knife and dig in – it’s a hilarious treat! (11/15) 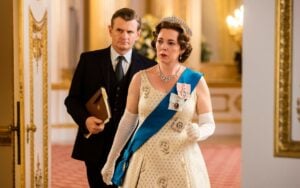 One of Netflix’ most acclaimed series returns for Season 4, this time following Queen Elizabeth II (Olivia Colman) from her wedding in 1947 through to the present day. The show’s brilliant ability to capture a handful of important moments from these dignitaries’ lives to create a snapshot of their personality, their choices and their values is mesmerizing and unparalleled. Meanwhile, a cast including Helena Bonham Carter, Charles Dance, Gillian Anderson and more gives these distant historical figures real, compelling dimensionality. (11/15) 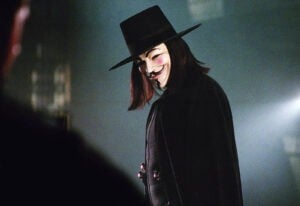 James McTeigue directed this comic book adaptation written by the Wachowskis, and it couldn’t be more timely given the state of the world (whether that’s a good or bad thing is up to you). Featuring a vigilante in a Guy Fawkes mask (Hugo Weaving) who becomes involved with the employee (Natalie Portman) of a state-run television network, the film examines the dangers of authoritarian governments, and the sometimes painful processes by which individuals liberate themselves from the sway of indoctrination. It’s also got some terrific action sequences, so come for them and stay for the sociopolitical commentary. (11/15) 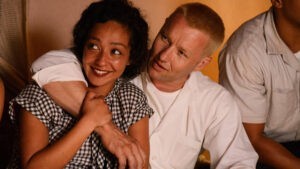 Jeff Nichols (Mud) directed this biographical drama about an interracial couple whose love and perseverance, all of the way to the U.S. Supreme Court, invalidated state laws prohibiting marriage for mixed couples. Joel Edgerton and Ruth Negga play the quietly revolutionary couple, who married in Washington D.C. but find themselves arrested in their native Virginia. The story covers as much the emotional toll of their detention as the historical detils of the court case that ensued, showcasing that the wheels of justice often move slow, but do often arrive at the right destination. (11/16) 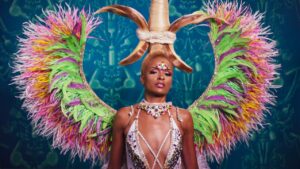 We Are The Champions (Season 1)

Rainn Wilson is the perfect narrator for this new series about some of the most unusual competitions you can imagine. Wilson’s appetite for the unusual takes him to different competitions across the country as he visits a pepper eating challenge, a cheese rolling competition, a hair styling showdown, and much more. What could be more pleasantly diverting than watching people achieve greatness by following their passions? (11/17) 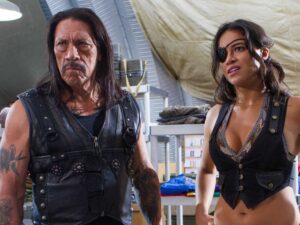 If you’d forgotten that Robert Rodriguez made not one but two full-length films based on his Grindhouse trailer about a Mexican federale (Danny Trejo) who exacts revenge after being betrayed by the government that first hired him. This sequel takes a suitably kitchen-sink approach to storytelling with a cast that must be seen to be believed, including Mel Gibson, Sofia Vergara, Walton Goggins, Cuba Gooding Jr., Lady Gaga and no less than Charlie Sheen as the U.S. President. Good and bad is meaningless in a movie this wild, and there are more than enough surprises to keep you entertained for its 108 minute running time. (11/22) 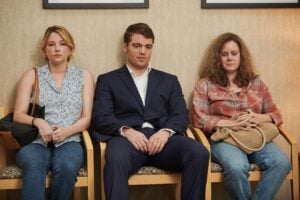 Ron Howard directs this Netflix original film about three generations of an Appalachian family, starring Glenn Close, Amy Adams, Gabriel Basso, Haley Bennett, Freida Pinto and Bo Hopkins. Based on J.D. Vance’s 2016 memoir of the same name, the film offers a powerful snapshot of the lives of people living in poverty on the margins of society, and the values they support and advance not just because of their limited resources and opportunities, but in spite of them. (11/24)