In light of the debut of its Apple TV+ subscription service two weeks ago, a new Morning Consult/The Hollywood Reporter survey reveals Americans’ opinions regarding streaming services and package bundles. The poll was conducted on March 14-18 among 2,201 adults before yesterday’s unveiling of Apple’s new streaming service. 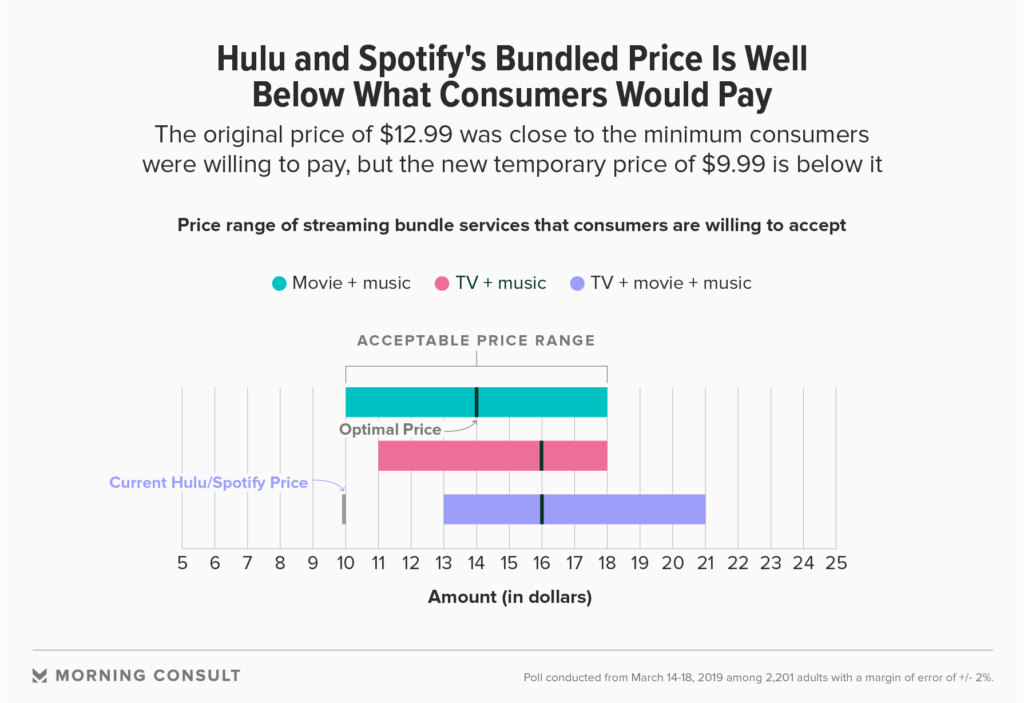 Meanwhile, according to other polling commissioned by Morning Consult/The Hollywood Reporter, Hulu and Spotify’s bundled price is well below what consumers would pay. An analysis using the Van Westendorp model, which determines an optimum price point for a good or service by considering what prices consumers believe are “too expensive” and “too good to be true,” found that for the TV/movies/music bundle, $16 was the optimum price.