–Another week of Twilight Time releases.  You know the drill.  They can only be pre-ordered HERE and HERE.

–Best Buy, this week, has EXCLUSIVE STEELBOOK PACKAGING with their 3-D Blu-ray release of Captain America: Civil War.  Cost is $27.99—several dollars more than the non-steel version at its competitors.

–Best Buy also continues its promotion to get a $10 BB GiftCard with the purchase of $50 or more on select TV seasons.

–The following releases are on sale this week at Best Buy (all BLU unless otherwise noted):

–Target this week has an EXCLUSIVE RELEASE of Captain America: Civil War on Blu-ray.  The release includes digital bonus content PLUS one month free trial to Marvel Unlimited (a $10 value) for access to more than 17,000 comic books.

–Target this week has the following Marvel Blu-rays on sale:

–Target has the following “Blu-ray Hit Movies” on sale this week:

–Target Odds and Ends: None to report

Safe shopping! The new releases just keep on piling up!

A couple of oddities this week. Target is advertising a UHD release of Conjuring 2. I don't see evidence of such a release anywhere else. And...Target has a DVD release of Captain America: Civil War that seems scarce everywhere else. Just sayin'.

Big Bang Theory and Yours, Mine and Ours are both on their way to me this week.

Thanks in advance for any "likes" to this week's OP!

Thank for your work, Mike. An easy week for me -- just the regular Blu-ray version of Civil War from Amazon.

Civil War, probably the 3-D version, and The Big Bang Theory for me.

I don't know if I'll get them this week but I'll pick up Raising Cain, Frankenstein and The Wolfman movies at some point.

Perfect. My annual pilgrimage to the nearest Target is this Friday.

Oh oh! I think I need to find some extra income. I didn't realize just how many pre-orders I put in for this week until compiling them for this post:

And this doesn't include a couple of the Twilight Time releases I want to get, but haven't ordered yet.

Hello, your name is Rodney...and you have a problem.

Join the club with the rest of us, buddy!

Thanks once again for the roundup ...

Captain America et al special 3D Target bluray edition is apparently winging it's way to me in the post according to the email they sent me,.

At some time I'm going to have to face the mashed potatoes and determine if I want to get Your, Mine and Ours ...

I saw it twice on it's opening run, once on a Saturday morning kids show matinee ... and when a overnight day camp activity got rained out in a third run theater that was on hiatus from running "Art" Films ...
Reactions: Rodney

I have already reviewed Captain America in 3D. That review can be found here. I've gotten a notification from Fox PR that the Aliens 30th Anniversary release is on its way, but it hasn't gotten to me yet. I'm slated for five of this month's Twilight Time releases, and a couple of those TV box sets were requested though since I don't already have them I'm assuming I'm not going to get them. Whew!

Thanks as always, Mike! A great job on a busy week.

As I've done for past Marvel releases, I'm going with the 3D release to get the digital copy. I decided to finally pick up The King's Speech on Blu-Ray for $5, which put me over the $25 minimum for free shipping on Target.com. Between the current Target.com preorder price of $22.99, and the $5 emailed gift card for preordering Captain America: Civil War on Blu-Ray that I can use on a future order, my real cost is down to $17.99 for the 3D Blu-Ray. I'm a happy camper.

Mike Frezon said:
Hello, your name is Rodney...and you have a problem.

Join the club with the rest of us, buddy!

I'm still in denial that I have a blu-ray compulsion! I can quit at anytime... just not today.

Yes, my name is Rodney, and it's been 1 day since my previous RoundUp posting...
Reactions: PMF, SAhmed and DavidJ

Rodney said:
I'm still in denial that I have a blu-ray compulsion! I can quit at anytime... just not today.

Yes, my name is Rodney, and it's been 1 day since my previous RoundUp posting...
Click to expand...

a lot of us have that denial / compulsion going on
Thanks Mike fro the work you do, now i know what i have let slip through the cracks in my pre-orders 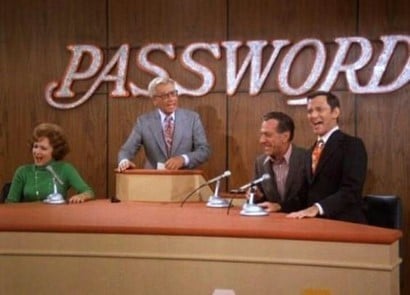 This is a good week.

I've got Newhart: Season 6 and Gunsmoke: One Man's Justice on pre-order, and I will eventually get TT's new Bronson release Murphy's Law.

TT will be offering a signed Cat Ballou this wednesday for those that wantthat sort of thing.

Amazon doesn't have a delivery date for my copy of Yours, Mine and Ours.

In Best Buy today to pick up Big Bang, I noticed their price for Captain America 3D was $22.99. Only the special steel book packaging is $27.99. So I ended up getting both there rather than going to Target.

Like the movie, the Fargo series is excellent.
Reactions: DavidJ

I somewhat pissed off about the signed copy of Cat Ballou as I just bought it a couple of weeks ago !

DavidJ said:
In Best Buy today to pick up Big Bang, I noticed their price for Captain America 3D was $22.99. Only the special steel book packaging is $27.99.
Click to expand...

Weird that it wasn't noted that way in their ad...(unless I didn't read it right).
You must log in or register to reply here.