Forum List What's new Dark Style Change width
Log in Register
What's new Search
Menu
Log in
Register
Navigation
Install the app
More options
Dark Style
Close Menu
Posted on December 16, 2017 by Mike Frezon
You are using an out of date browser. It may not display this or other websites correctly.
You should upgrade or use an alternative browser.
Best Deals on this week's New Releases... –I included the 4k releases of the  first four Transformer films in this week’s grid because I somehow missed their release earlier this month.  I had their release set for this week…

–There are new Twilight Time releases this week.  Pre-order them HERE and HERE.

–For pricing particulars on other items, Best Buy’s Weekly Ad is available at THIS LINK.

–Best Buy, this week, has EXCLUSIVE STEELBOOK PACKAGING with their Blu copies of both Dunkirk and The LEGO Ninjago Movie.  Each is priced at $29.99—a $5 premium over the standard Blu-ray release of the title.

–Best Buy also has included a notice in this week’s flyer to Pre-Order Star Wars: The Last Jedi from them (“Available in 4k UHD, Blu-ray and EXCLUSIVE Steelbook packaging”).

Blade Runner, The Fate of the Furious, American Assassin, Kingsman: The Secret Service, King Arthur: Legend of the Sword (and a fifth title is shown.  But the spine is sooooo small, I cannot make it out.)

–Best Buy Odds and Ends:  “The More the Merrier:”

–Target this week has a deal on “Select New Release Movies” for Sunday, December 17 ONLY!  For $10 apiece, you can pick up Blu-rays of The War for the Planet of the Apes, Transformers: The Last Knight, Baywatch, and Power Rangers.

–Target this week has a DOUBLE EXCLUSIVE with its copies of The LEGO Ninjago Movie.  Copies include EXCLUSIVE lenticular packaging and trading cards.

–Target is also a BUNCH of TV releases this week (all titles Blu-ray unless otherwise noted):

–Target has a number of Blu-ray movie titles on sale this week:

–And, Target has a number of DVD movie titles on sale this week:

Happy holidays and Merry Christmas to all youse RoundUppers!

This week, I've got Victoria and Abdul and The Whales of August pre-ordered. I really want Dunkirk....but I want to get the 4k UHD version and don't want to pay $29.95 for it. So I'll wait and hope it comes down sooner rather than later. I know that I'll also pick up mother! eventually...but figure that will definitely drop in price (probably in short order).

Thanks, Mike. Merry Christmas to you and your family.

I have Suspiria on order direct from Synapse Films, and will pick up Dunkirk and The Dark Knight Trilogy on UHD at a later date after the price drops on each.

The Transformers 4K releases came out a couple of weeks ago. 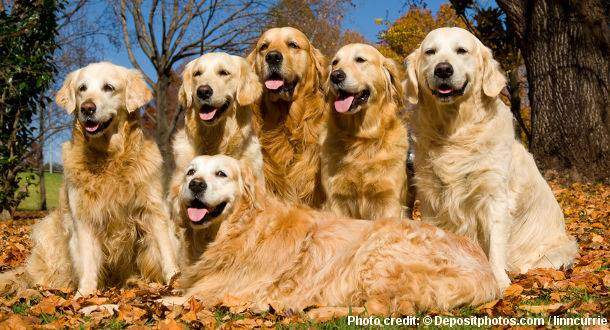 Thanks for the RoundUp, Mike!

I pre-ordered Tomorrow is Forever directly from ClassicFlix. That's all for this week.

Thank you, Mike, for your work, which as always is much appreciated, even when I'm not buying anything.

I suspect you may have been being sarcastic in asking this, but, to answer it anyway, I saw The Lego Ninjano Movie in theaters in September and couldn't tell you. I had to look it up on Wikipedia to remember that Ninjano is the name of the central city in the film. Why it is called that, I have no idea. But they do have ninja characters in the film.

I went because I liked The Lego Movie and The Lego Batman Movie, and hoped this would continue their winning streak. Sadly, it is basically what everybody thought the original Lego was gong to be, but is not: this movie is a flimsy narrative put together in a haphazard fashion so that it can be used to sell Lego toys. There's a lot of disorienting action, but not very much development for any of the characters beyond a generic hero's journey arc to defeat the villain, who is the father of the protagonist because of course he is. It's really thin and generic and there's no meat on its bones at all, if that makes sense. I got the feeling that it was pieced together by committee rather than by somebody who really had an exciting story they wanted to tell.

Then I got to the end credits and saw three different credited directors (!) and six credited writers on the screenplay (!), plus all of those screenplay writers also have a separate story-by credit along with three other additional people who have only story credit. So that is a total of nine writers involved in some capacity altogether for a children's film which runs less than two hours. And then some of the problems began to make sense. It's just a mess. It's not the worst thing I've ever seen, it's watchable, but there's really no compelling reason to do so. If anybody is considering it, I would not recommend it.

I really wish I wanted to buy Dunkirk this week. I love Christopher Nolan and own most of his films. But as I mentioned in other threads on the subject, the movie left me cold when I saw it in theaters. The 70mm print was phenomenal and it was really well-made from a technical standpoint, but I didn't connect emotionally with any of the characters. Nolan chose generalized intensity over emotional specificity, which was less interesting to me than everything else I've ever seen of his. It's a movie that I respect and admire more than I like. So, I feel no particular desire to see it again and don't need to own it. But it's unusual for me not to want the new Nolan film.

I might rent Victoria & Abdul at some point or would watch it if it finds its way to Netflix or Amazon Prime or something. The mixed reviews and preoccupation with other films kept me away from it in theaters, but I do like Judi Dench very much so would mostly be interested in seeing it for her.

Nothing new for me this week in terms of purchases, but I'm still enjoying The Last Jedi soundtrack that came the other day, so I'm good with that.

I'll be picking up Dunkirk. My copy of Suspiria is en route.

Thanks for the RoundUp and links, Mike.

Waiting, like others, for the Twilight Time releases to arrive. Will definitely be watching Dunkirk and mother! at some point soon. All of the Nolan Dark Knight films in 4K will eventually make their ways into my collection.

I had The Dark Knight Trilogy 4k on preorder for a while, but when the price didn't budge (and the individual releases are cheaper than the 3 pack), I cancelled. An insane amount of money has been spent in our house over the last two months on computers, TV's, trips and the like.

Thank you Mike and happy holidays everyone!

I have the Nolan collection ordered from Amazon but no arrival date has been estimated yet, hopefully they actually get it to me on release day.

Blade Runner, The Fate of the Furious, American Assassin, Kingsman: The Secret Service, King Arthur: Legend of the Sword (and a fifth title is shown. But the spine is sooooo small, I cannot make it out.)
Click to expand...

The Transformers 4K releases came out a couple of weeks ago.
Click to expand...

–I included the 4k releases of the first four Transformer films in this week’s grid because I somehow missed their release earlier this month. I had their release set for this week…
Click to expand...

I don't know how I completely missed them when they were released...but I sure did!

I hope that $30 price on the 4k Dunkirk doesn't hold as long as it did on Unforgiven.

Mike Frezon said:
And, um, what the hell's a "ninjago?"

Jake Lipson said:
I suspect you may have been being sarcastic in asking this, but, to answer it anyway, I saw The Lego Ninjano Movie in theaters in September and couldn't tell you. I had to look it up on Wikipedia to remember that Ninjano is the name of the central city in the film. Why it is called that, I have no idea. But they do have ninja characters in the film.
Click to expand...

Thanks guys. I pretty much figured it had to be something like that.

The expression itself is a holdover from my Syracuse University days. Whenever the dreaded Georgetown Hoyas came to town, the student body was unified behind its cry of "What the hell's a Hoya?" This, of course, from a school whose team name is "Orange."

FYI the six Nolan UHD films other than Dunkirk are $22.99 at BB this week.

Mike Frezon said:
I don't know how I completely missed them when they were released...but I sure did!

I think a lot of people would like to pretend that the Transformers films don't exist.

I’m trying to figure out why the worst of them, Revenge of the Fallen, cost more than the others.
You must log in or register to reply here.