Description
The most expensive film ever made at the time of its release, Waterworld has thrilled audiences through the years with its awe-inspiring action scenes, gargantuan maritime sets and ground-breaking special effects.

A definitive post-apocalypse blockbuster, Waterworld stars Kevin Costner (The Untouchables) as The Mariner – a mutant trader, adrift in a dystopian future where Earth is submerged under water and humankind struggles to survive on boats and in ramshackle floating cities. The Mariner becomes embroiled with the Smokers, a gang of pirates who, led by villainous leader Deacon (Dennis Hopper, Blue Velvet), are seeking Enola (Tina Majorino, Napoleon Dynamite), a girl with a map to the mythical realm of “Dryland” tattooed on her back.

Famous for both its epic scale and the controversy that swirled around its production, Waterworld is a key cult film of the 1990s, and an essential entry into the subgenre of ecologically-minded blockbusters. Presented here in an exclusive new restoration, in three different cuts, and with a wealth of extra material, this high-water mark of high-concept Hollywood can now be enjoyed as never before.

• New restoration from a 4K scan of the original negative by Arrow Films, presenting the film in three cuts

• Optional English subtitles for the deaf and hard of hearing

DISC ONE – THE THEATRICAL CUT

• Maelstrom: The Odyssey of Waterworld, an all-new, feature-length making-of documentary including extensive cast and crew interviews and behind the scenes footage

• High Definition Blu-ray (1080p) presentation of the extended US TV cut, which runs over 40 minutes longer than the theatrical cut

"The most expensive film ever made at the time of its release, Waterworld has thrilled audiences through the years with its awe-inspiring action scenes, gargantuan maritime sets and ground-breaking special effects." 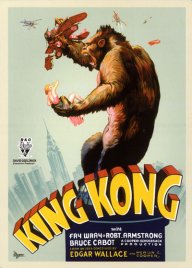 I have not watched this film in many years, I have had no great desire to revisit it although I did pick up a dirt cheap HD-DVD copy when the last format war ended. (Still have the HD-DVD player stacked under my Blu-ray player, but rarely use it)

I am not (very) embarrassed to admit though that one of my guilty pleasures is Costner's other post-apocalyptic epic "The Postman"; a schmaltzy tale of a man with no moral center who unwittingly becomes a hero and the catalyst for the rebuilding of society.
I get a special kick out of the appearance of the late, great Tom Petty as a man who used to be famous - "I was once... sorta. Kinda. Not anymore" and the web of lies spun by the Postman including the "fact" that the U.S. government has moved into the (now non-existent) Hubert H. Humphrey Metrodome in my hometown of Mpls.

I may give Waterworld a fresh view on my old "red" disc one of these days, but it's doubtful I will drop any $ on this new release despite the inclusion of the extended cuts.
Reactions: Detour (1945)

A 4K restoration? This is the very definition of the expression "putting lipstick on a pig".
Reactions: Detour (1945), RobertR, Stephen_J_H and 1 other person

Maybe, but thanks to overseas and video revenue, this film did make a tiny profit.

Anyhow it is about time we got a deluxe edition with a new extended edit in addition to the theatrical and TV cuts. Looking forward to it!

Remember, it was Costner himself who recut the film against the will of director Kevin Reynolds, so what we are gonna see in this new blu ray is the cinema equivalent of David (Reynolds) vs. Goliath (Costner).

Man, they're finally releasing a brand new 4K restoration of Waterworld!!! I can't wait! (said no one ever).
Reactions: Detour (1945) and PMF

dpippel said:
Man, they're finally releasing a brand new 4K restoration of Waterworld!!! I can't wait! (said no one ever).
Click to expand...

You are incorrect on your parenthetical comment. I do quite like Waterworld in all of it's glorious disaster and would love to see the extended TV cuts in glorious presentations. I'm quite aware of why people dislike the movie (and The Postman), but I dislike quite a few of their favorite movies as well and would never suggest or make fun of not releasing a better version (Audio Video) or more complete version of those films. I never understood the allure of Rocky or Christopher Reeve's Superman, but was quite happy for those latter folks when Warner Archive released the long desired TV cut.
Reactions: John Macri, Jeff Flugel, Rodney and 1 other person

Relax David. I just forgot to include a glorious winky.
Reactions: Detour (1945), Brent Reid, Stephen_J_H and 1 other person

I've never understood the hate for this film. I saw it on first release and loved it.
Reactions: John Macri, KeithAP, Jeff Flugel and 4 others 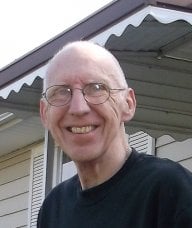 Yeah, let's cool it as it's only a movie. I always thought this film was harshly received and consider it a better film than many have said about it. An entertaining film to me. I just wish this was released on 4K/UHD disc as those ocean scenes would be beautiful in HDR.
Reactions: Jeff Flugel and B-ROLL

Douglas R said:
I've never understood the hate for this film. I saw it on first release and loved it.
Click to expand...

I also love this film. Great score too.

Scott Merryfield said:
A 4K restoration? This is the very definition of the expression "putting lipstick on a pig".
Click to expand...

The film should not need restoration.
Reactions: Stephen_J_H

Robert Harris said:
The film should not need restoration.
Click to expand...

Maybe it got left under a leaky pipe. ;-)
Reactions: JohnMor, Brent Reid and B-ROLL

Vs a $289 million adjusted budget.

Tino said:
I also love this film. Great score too.
Click to expand...

During one of our HTF Meets I remembered some of us going to the Waterworld exhibit at Universal Studios.
Reactions: theonemacduff

Count me among those who like this movie. I also like The Postman. Sure, neither are "great" cinema but they're more than serviceable post-apocalyptic movies and far better than many other examples of that sub-genre.

I'll be purchasing it for the TV and European versions. I've never seen that later one and the description is somewhat intriguing.
Reactions: Jeff Flugel