Forum List What's new Dark Style Change width
Log in Register
What's new Search
Menu
Log in
Register
Navigation
Install the app
More options
Dark Style
Close Menu
Posted on March 17, 2019 by t1g3r5fan
You are using an out of date browser. It may not display this or other websites correctly.
You should upgrade or use an alternative browser.
Infamous post-apocalyptic adventure gets Limited Edition treatment 5 Stars

Kevin Costner was one of the biggest stars in Hollywood during the first half of the 1990’s; he had earned Oscars for his work on Dances with Wolves (1990), and had box office success with films like JFK (1991), Robin Hood: Prince of Thieves (1991), and The Bodyguard (1992). However, the most ambitious project he undertook as a star, Waterworld, nearly derailed his career as it was the most expensive production ever embarked upon by a major Hollywood studio at the time. Though previously released by Universal on Blu-ray, Arrow Films licensed the film and has given it the Limited Edition treatment.

In a far off future Earth, the polar ice caps have completely melted and water encompasses nearly the entire planet, except for a mythical place known only as “Dryland”. For a mysterious lone known only as the Mariner (Kevin Costner), Dryland is only a myth, but for a woman named Helen (Jeanne Tripplehorn), it represents hope for a better life. Usually accustomed to helping no one but himself, the Mariner will have to come to the aid of Helen and little Enola (Tina Majorino) when a group known as the Smokers – lead by the Deacon (Dennis Hopper) – want the girl because of a tattoo on her back that may hold the secret to finding Dryland, setting in motion a struggle for the future of mankind…

Now that enough time has passed since the initial release of the movie and all of the publicity has died down, the movie can be seen for what it truly is: a post-apocalyptic swashbuckler. The movie is impeccably stylish, executed with great skill by production designer Dennis Gassner, cinematographer Dean Semler and costume designer John Bloomfield in establishing a world where land is scarce and humanity is hanging on by a thread; the film’s action scenes are also executed brilliantly as well, giving the movie plenty of thrills and excitement. However, the major flaw of the movie has to do with the plot – namely the characterizations; we’re never really given the chance to fully understand the characters, making it feel like at time they just exist to drive the story along (this is remedied somewhat in the extended versions of the movie). So, the final analysis of this troubled production is that while that the movie is great to look at and has some well executed moments of action, shortcomings in the script keep it from rising to greater heights to match the ambitious effort put into the project; in short, it really isn’t the full fledged disaster that some people made it out to be at the time.

As the Mariner, Kevin Costner manages to bring a mixture of Errol Flynn and Clint Eastwood into his portrayal; it ranks among his most interesting roles if not his most notable of his career. As the villainous Deacon, Dennis Hopper adds to list of notably unhinged takes on villainy; of course, two of those include Frank Booth in Blue Velvet (1986) and the mad bomber in Speed just a year prior to this film’s release. Jeanne Tripplehorn manages to bring a strong willed quality to her portrayal of Helen; Tina Majorino is endearing as little Enola, the girl who holds the key to finding the mythical Dryland. Other notable appearances include Michael Jeter as the inventor Gregor, Gerard Murphy as the Deacon’s right-hand man Nord, R.D. Call as the atoll enforcer, Robert Joy as the ledger guy, Zakes Mokae as an atoll citizen, Sab Shimono as an atoll elder, and Jack Black as a Smoker pilot.

The original 135 minute theatrical version, presented in the 1:85:1 aspect ratio, has been given a new 4K scan of the original film elements exclusively for this release. Film grain is organic and sturdy with fine details, skin tones and colors rendered faithfully. There’s very minimal instances of age related artifacts like dirt, dust, or speckling overall, making this presumably the best the movie has looked on home video compared to previous editions.

There are two audio track options for this release: a 5.1 DTS-HD Master Audio track and a 2.0 stereo track. Dialogue is strong and clear, as are the sound effects, and James Newton Howard’s impressive score is given great ambiance and fidelity without being intrusive on either the sound effects or dialogue. There’s nary an instance on either track of crackling, popping, or hissing, and that makes both tracks the best the movie has sounded on home video.

Maelstrom: The Odyssey of Waterworld (1:42:22) – This feature length documentary goes into the production from start to finish and encompasses all of the details of the movie; among those interviewed include writer Peter Rader, producer Charles Gordon, director Kevin Reynolds, production designer Dennis Gassner, producer Ilona Herzberg, cinematographer Dean Semler, and stunt coordinator R.A. Rondell, just to name a few.

Global Warnings (22:21) – Film critic Glenn Kenny dissects the end-of-the-world subgenre of movies – particularly ones from Things to Come (1936) to 2012 (2009) – and Waterworld‘s place in that subgenre in this newly filmed featurette.

The Television Cut – The original 176 minute extended that was shown for TV is presented on disc 2 of this release.

The “Ulysses” Cut – The fan edit of Waterworld, which includes all the additional material in the TV cut but restores the censored footage and dialogue, is presented on disc 3 of this release.

Despite all the negative press surrounding it, Waterworld has managed to survive as a decent adventure that has acquired a cult following over the years. Arrow Video has managed to blow all previous home video editions out of the water – no pun intended – with this comprehensive release; not only does it have three different cuts of the movie, all with great marks in both audio and visual quality, the addition of a feature-length documentary about its fascinating production is alone worth the price of this edition. Arrow may have an early contender for release of the year with the overall quality of this release; highly recommended that you upgrade from the previous Universal Blu-ray or if you’re a fan of the movie or Kevin Costner in general. 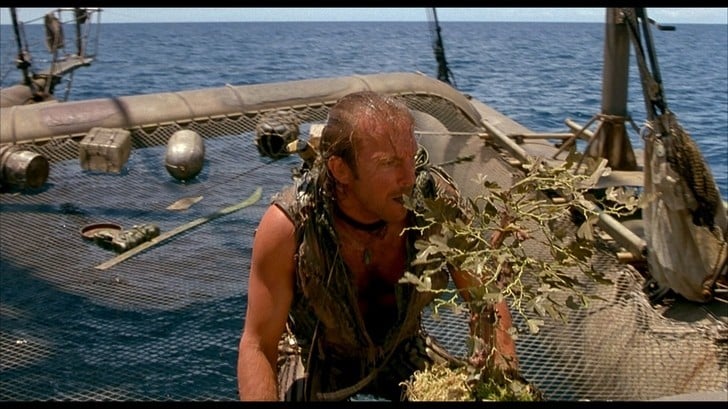 Good review. I watched the Ulysses cut a couple of weeks ago and enjoyed Waterworld a lot more than when it came out theatrically. Seems to be the case for quite a few movies I didn't initially care much for back in the '80's and '90's. Good to see that that Arrow completely sold out both the UK and US editions too. There is an appreciation - and market - for their carefully curated cult movies.

titch said:
Good to see that that Arrow completely sold out both the UK and US editions too..
Click to expand...

Not sure I understand -- it appears to be for sale pretty much everywhere in the US I check including Amazon.

I also enjoyed revisiting this recently, but boy did Dennis Hopper ever do this for the payday. He is tremendously over the top in most scenes and at least a little in pretty much all scenes. And at the end, as he's racing towards the girl on the jet ski, he hits it with a riding crop?

Traveling Matt said:
I also enjoyed revisiting this recently, but boy did Dennis Hopper ever do this for the payday. He is tremendously over the top in most scenes and in his final scene, as he's racing towards the girl, he hits his jet ski with a riding crop.

I think Dennis Hopper performance is one of the best things about this movie. It was meant to be over-the-top and it still cracks me up today.

Ironically he is still one of the most enjoyable things and I liked it back in the day, but it didn't strike me as having the nuance to hold up as classic cheese. Maybe if there was a wink at the audience or something.
You must log in or register to reply here. 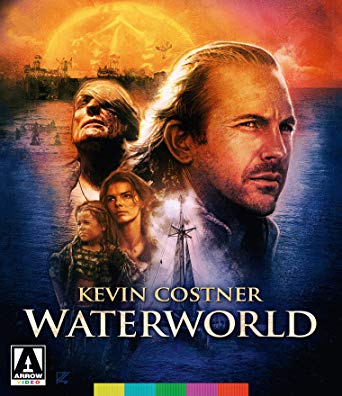