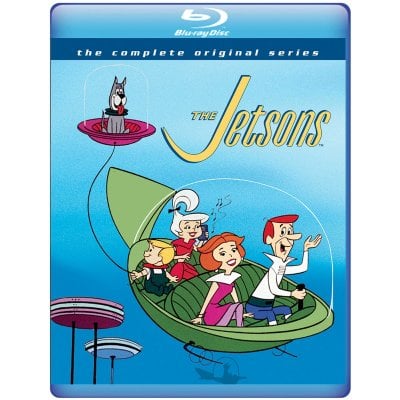 “Meet George Jetson … Jane, his wife … daughter Judy … his boy Elroy …” The catchy tune of The Jetsons ideally captures the lighthearted essence of the show, a futuristic counterpoint to The Flintstones that reflected the space-age optimism of the times. The Jetsons were the very first family, animated or not, to have a big-screen home entertainment system decades before it became a reality. They also had flying cars, floating cities and androids, all commonplace scenery of today’s most popular sci-fi blockbusters. Now this beloved series teletransports in High Definition, meticulously remastered for Blu-ray. This 3-disc set contains all 24 hilarious original episodes as first broadcast in prime-time on the ABC television network during the 1962-63 season.