Forum List What's new Dark Style Change width
Log in Register
What's new Search
Menu
Log in
Register
Navigation
Install the app
More options
Dark Style
Close Menu
Posted on June 14, 2021 by Sam Posten
You are using an out of date browser. It may not display this or other websites correctly.
You should upgrade or use an alternative browser.
Nobody chooses what they're born into. 3.5 Stars

In the near future humanity sets a mission in motion to save itself. 30 genetically conceived and grown children are born in a closed loop and trained for a voyage to last beyond their own lifetimes. They will have children of their own and their children’s children will arrive at a new planet capable of sustaining human life, but some 80 years in the future. They begin the voyage as children who have never experienced life outdoors, never met their parents, and never got to live without constantly being under the microscope and programmed to transfer humanity’s knowledge. With very little of their training going towards empathy, ethics or art (outside some classical music), apparently.

Christopher (Tye Sheridan) and Zac (Fionn Whitehead) discover that those running the mission have been lying to them: They are being drugged to cut down on impulse control, sexual urges and pleasure. They confront the one adult on the mission, Richard, (Colin Farrell) who explains that it’s for the good of the mission and without it they will outstrip the meager resources necessary to last them the 80 years they have still ahead of them and their forthcoming children.

As Christopher and Zac begin to awaken to what they can be and feel when not on the drug, they start competing, both athletically and for the attention of the female crew, especially for Sela (Lily-Rose Depp). And their knowledge is spread to the rest of the crew, with all of them now refusing to be drugged.

After a mishap both inside and outside the vehicle causes tragic loss the crew start doubling down on their fears and doubts, believing they may be being stalked by an alien on board. They fracture into competing groups. Christopher is elected the new leader and attempts to impose benign order. But Zac’s crew believes in free will and that they did not sign up for the mission, they will live their lives as they see fit and not under other’s rule.

Ultimately they will have to determine whether the threat is internal and caused by fear and gossip, or really is alien in nature. Once that is resolved will they then be able to establish lasting order and complete their mission, or be victims of their most primal urges?

Fundamentally, Voyagers takes Lord of the Flies into space. By isolating the crew and deconstructing order, two competing factions rise and will fight it out to determine the group’s fate. Can polite society be re-established protecting the common good or will individual’s desire to live a life free of burdens that their forebears have forced them into without their permission win out? As a Hollywood production you can probably guess how this nature versus nurture conflict resolves, but as a thought experiment Voyagers isn’t that deep.

Worse, by removing parents and society from the equation early, in attempt to give nature an even chance, it blindly sets an even number of crew members as being inherently order based and an equal number voting for freedom leading to chaos. Overwhelmingly the rest of the crew, despite being born from the greatest gene pool that could be assembled, are somehow shrinking cowards and mere followers? If anything that’s the film’s greatest weakness, nobody really has anything interesting to say. But sure, let young adults have their first taste of freedom and nature will take it’s course. The same story repeats over and over on every college campus at the start of each semester, you didn’t need to send a crew into space to figure that one out.

I’m sure if you are 18 and looking for a randy sci-fi spin on who hooks up with who and who achieves greatness out of a team of rivals this may seem profound, but I found it less than compelling. 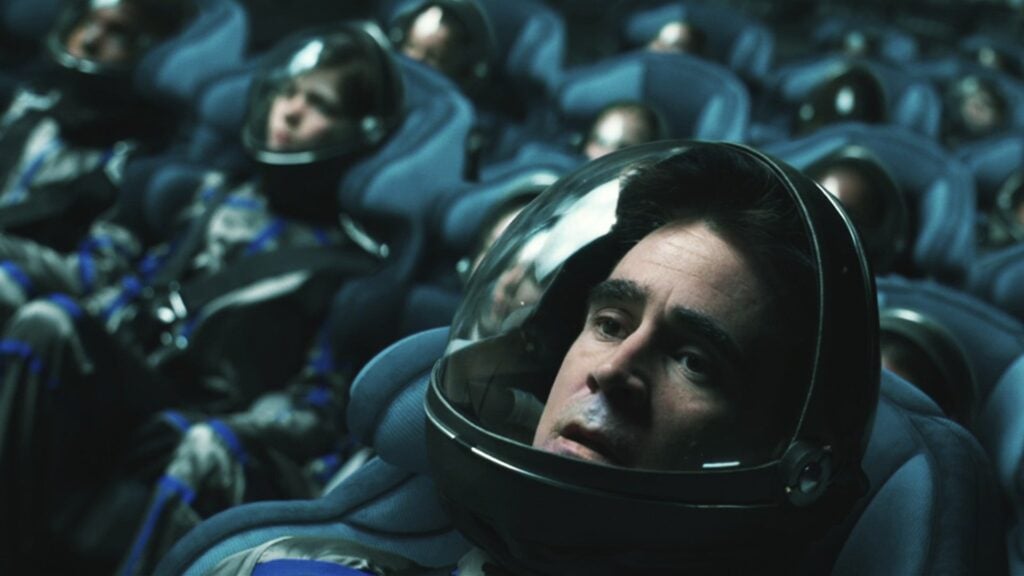 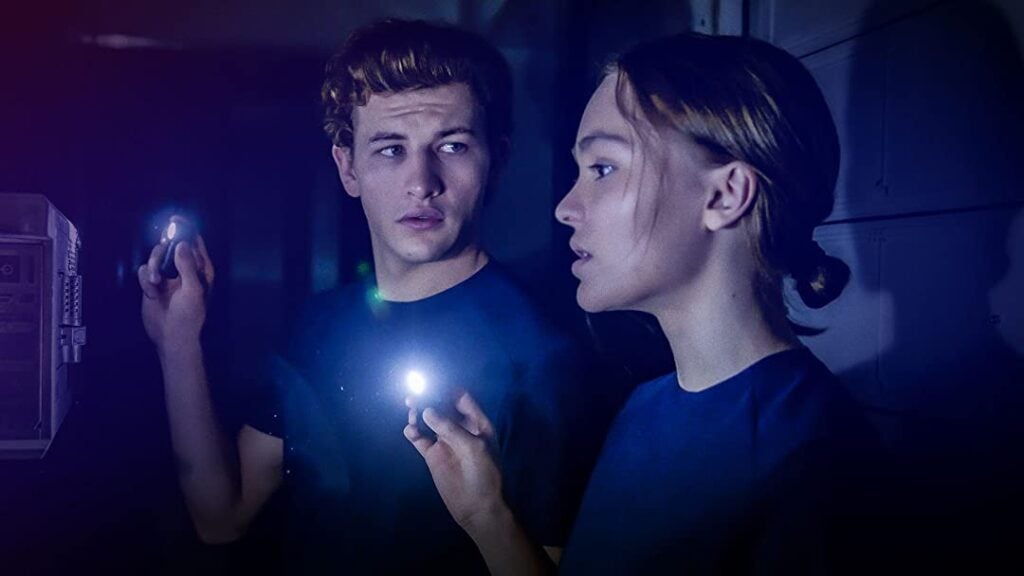 There’s some confusion about which HDR codec is used here, my TV displayed Dolby Vision when the film started so that seems pretty authoritative to me. The HDR is subtle in most parts but the hallway lighting and other highlights pop nicely and the CGI scenes of deep space starfields are beautifully lit.

Skin tones and texture are crisp and clear, which benefits from having a mostly young cast. The details are sharp throughout. I can’t find anything online detailing what it was shot on but it’s clearly using some of the best tech 2021 has to offer. The palette overall is mostly subdued but the character of the ship itself changes over time, from austere to foreboding to angry and dangerous, which is well executed. 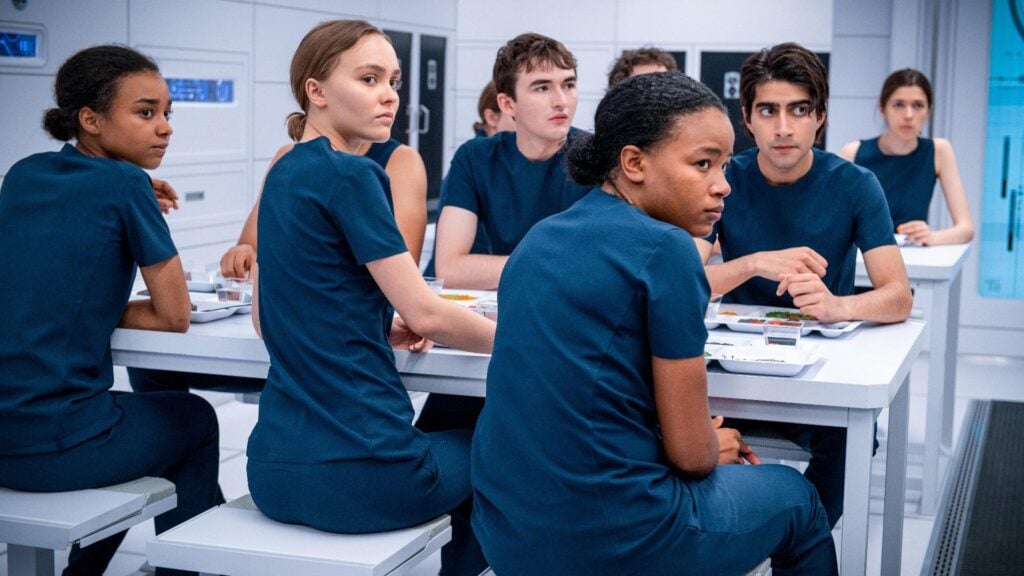 It’s a bit of a bummer that Voyagers doesn’t have an Atmos track but the Dolby TrueHD 5.1 surround has plenty of tricks up its sleeve. Standout sequences are the blastoff, the synth score accompanying the crew’s exposure to human media (and a big shoutout to the Wilhelm scream in this sequence) 47 minutes in, and (spoiler alert) some future tech weapons shots at the film’s showdown sequence. Big bass in all of those too.

Trevor Gureckis’ soundtrack is serviceable but none of the tracks are standout to me. You can listen yourself here:
Voyagers 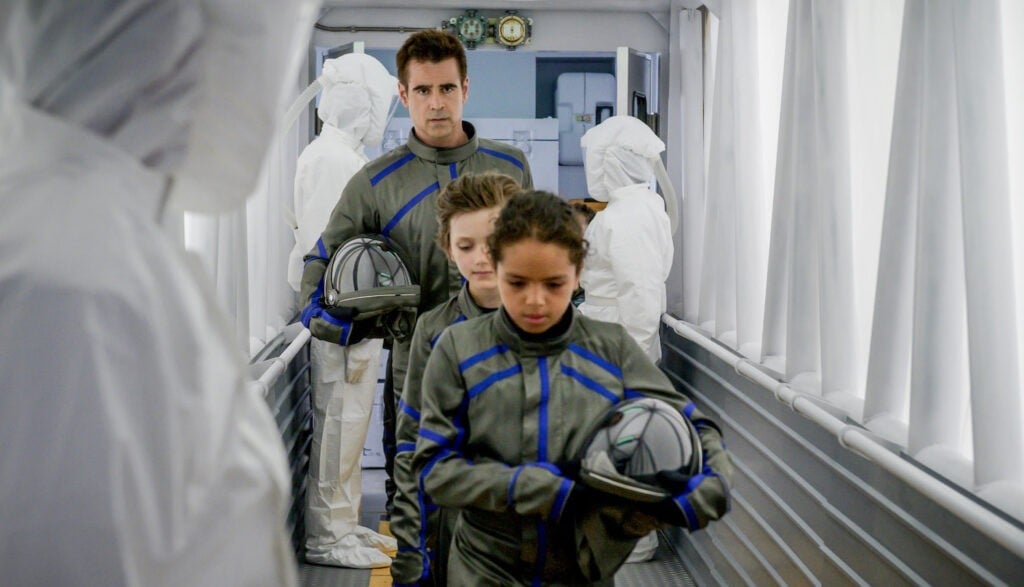 There are five short featurettes that are all cheery and gush about how much fun it was to work on this film and how the cast and crew bonded.

The included Digital Copy redeemed in UHD on Vudu but boy do I wish Lionsgate would join Movies Anywhere. 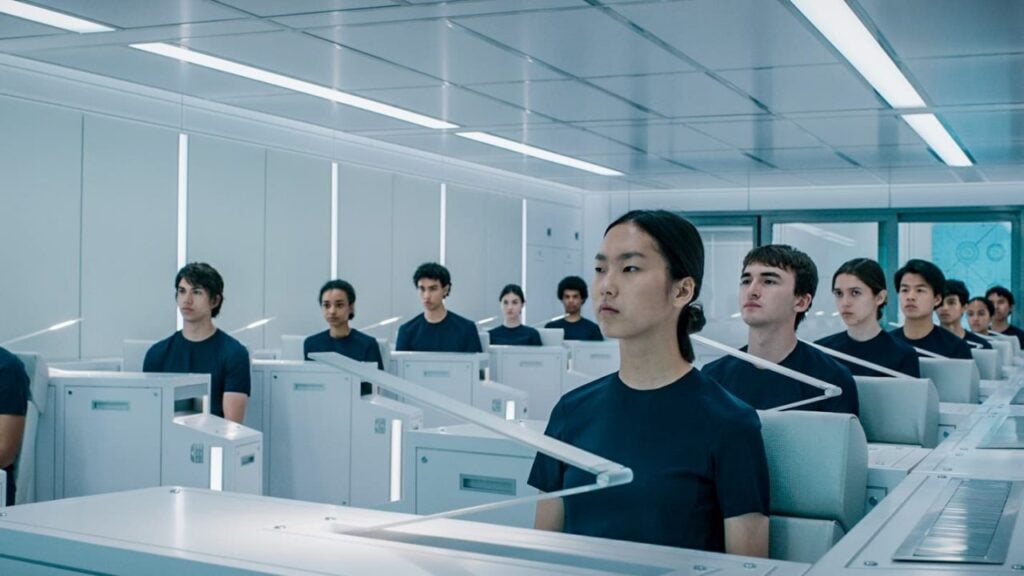 Cue Danny Glover: “I’m getting too old for this” but yeah, I might not be the target audience for capital-YA Young Adult sci fi any more. Still, Voyagers is a fun diversion with an interesting cast and premise. It just doesn’t ever have anything more clever to say other than “Please play by the rules and move the ball down the field for humanity, for our children’s sake”. I just wish that there had been something deeper than that or that they had given the nature/nurture argument something new to chew on.

Launch day. Anyone check this out?

I did watch the movie last night and it has a very interesting story line. We have seen other movies like Passenger and Cargo with story lines of traveling long distance to colonize a planet. I won't spoil the movie by providing plot details other than to say I enjoyed the movie.

In the near future humanity sets a mission in motion to save itself. 30 genetically conceived and grown children are born in a closed loop and trained for a voyage to last beyond their own lifetimes. They will have children of their own and their children’s children will arrive at a new planet capable of sustaining human life, but some 80 years in the future. They begin the voyage as children who have never experienced life outdoors, never met their parents, and never got to live without constantly being under the microscope and programmed to transfer humanity’s knowledge. With very little of their training going towards empathy, ethics or art (outside some classical music), apparently.
Click to expand...

Yeah, what could go wrong whit this? I admit I’ve campaigned for accepting a movies premise in order to enjoy the movie, but this is a stretch for me. What happens when the voyagers reach a certain age? Carousel?

What a dreadful firking movie. Omigod.
You must log in or register to reply here.