A preeminent figure in the New German Cinema period, director Wim Wenders first attracted international notice for his Road Movie Trilogy during the 1970’s; his stature rose even higher during the 80’s with Paris, Texas (1984) and the immortal Wings of Desire (1987). Following those successes, he made Until the End of the World, a road movie that melds science fiction and cutting edge technology into its plot. Originally released on VHS in a truncated cut by Warner Bros., Criterion has licensed the full Director’s Cut of the movie for its home video debut.

In the year 1999, the world is on edge due to a nuclear satellite spinning out of control and threating everyone and no one upon impact. For restless Claire Tourneur (Solveig Dommartin), that’s of less importance to her as she drifts from place to place until a car accident in France drastically changes her course. From there, she crosses paths with many colorful characters, including a mysterious stranger named Sam Farber (William Hurt), who possesses a device capable of recording dreams and images for the blind to see. Claire follows him around the world and not only falls in love with him, but also learns a lot more about herself as well…

Conceived to be the ultimate road movie, Until the End of the World was three decades in the making – from initial conception to actual filming – before it arrived in theaters…with a thud. Those who first saw it upon initial release saw a heavily cut version that didn’t really connect or make an impression (although the film’s soundtrack was very successful in comparison); however, the Director’s Cut of the movie fully realizes the vision Wim Wenders had intended – a globe trotting journey that both celebrates and warns us about the pleasures of the digital age (the description of the “disease of images” sounds even more relevant today). While the film does take its time in terms of pacing, it also allows us to absorb and take in the sights and sounds of an amazing world from Europe to Australia while drawing a few parallels to our own current world in the sense of technology. While it was misunderstood when it was first released, Until the End of the World can now be truly appreciated for what it achieves and aspires to be, the ultimate road movie that not only entertains but makes you think as well – not an easy feat.

As the enigmatic Claire, Solveig Dommartin casts a very memorable impression; she also helped conceive the story with Wenders. William Hurt stands out for his nuanced portrayal of the stranger with the device that nearly everyone is after; it stands out as one of his more underrated performances. Familiar to devotees of Wenders’ oeuvre, Rudiger Vogler is a welcome presence as a private investigator with a heart of gold; Sam Neill is also notable as Claire’s estranged lover, who also narrates Claire’s story. Other notable appearances here include Max von Sydow and Jeanne Moreau as Sam’s parents (the former working on the project helping the blind to see), David Gulpilil as one of the Aborigines assisting Sam’s father in the project, Chick Ortega as one of the French bank robbers Claire encounters who ends up following along in the journey, Allen Garfield as a loose cannon of a used car salesman in San Francisco, Eddy Mitchell as the other bank robber, Elena Smirnova as a Russian agent tasked with locating Sam, and frequent Yasujiro Ozu collaborators Chishu Ryu and Kuniko Miyake as an elderly Japanese couple who help cure Sam of his initial blindness – the former in what would be his final film role.

The 287 minute Director’s Cut of the movie, split into two parts on two discs, is presented in its original 1:66:1 aspect ratio in this new 4K transfer approved by director Wim Wenders. Film grain is organic with a healthy sheen and some density shifts in regards to scenes that utilize the primitive high definition sequences. Colors are strong throughout with very minimal cases of age related issues like dirt, scratches and tears present. Overall, this is likely the best the movie will ever look on home video.

The film’s soundtrack is presented on a 5.1 DTS-HD Master Audio surround track for this release. Dialogue is both strong and clear, with sound effects and Graeme Revell’s incidental music score and accompanying songs (from the likes of U2, Talking Heads, Nick Cave & the Bad Seeds, R.E.M., and Elvis Presley, just to name a few of the many artists heard here) given both great clarity and fidelity without intruding upon each other. There’s no issues with distortion, crackling, or hissing present, which means that this is likely the best the movie will ever sound on home video.

Till the End of the World – This look at the film’s musical soundtrack is split into two programs: a solo interview with Wenders (15:30) and a conversation between Wenders and David Byrne (8:18), whose “Sax and Violins” (courtesy of his band Talking Heads) is used in the movie.

2001 Wim Wenders interview (30:48) – This German interview, conducted by Roger Willemsen, focuses on the origins of the movie and its production.

Up-Down Under Romo (6:32) – This 1993 interview with Wenders focuses on his time in Australia both before and during the making of the movie.

Despite a rough initial theatrical run, Until the End of the World has survived and has been reappraised as one of Wim Wenders’ best works as well as being his most ambitious. Criterion has delivered one of their best releases of 2019 with great marks in both picture and audio quality as well as a great offering of special features as well. Very highly recommended.

I bought my first region free DVD player just to be able to import the director’s cut of this way back in the day, and I was not disappointed!
Reactions: donniecasali and Darby67

It was a blind buy for me in the last flash sale.
Reactions: DeanHarris and Darby67 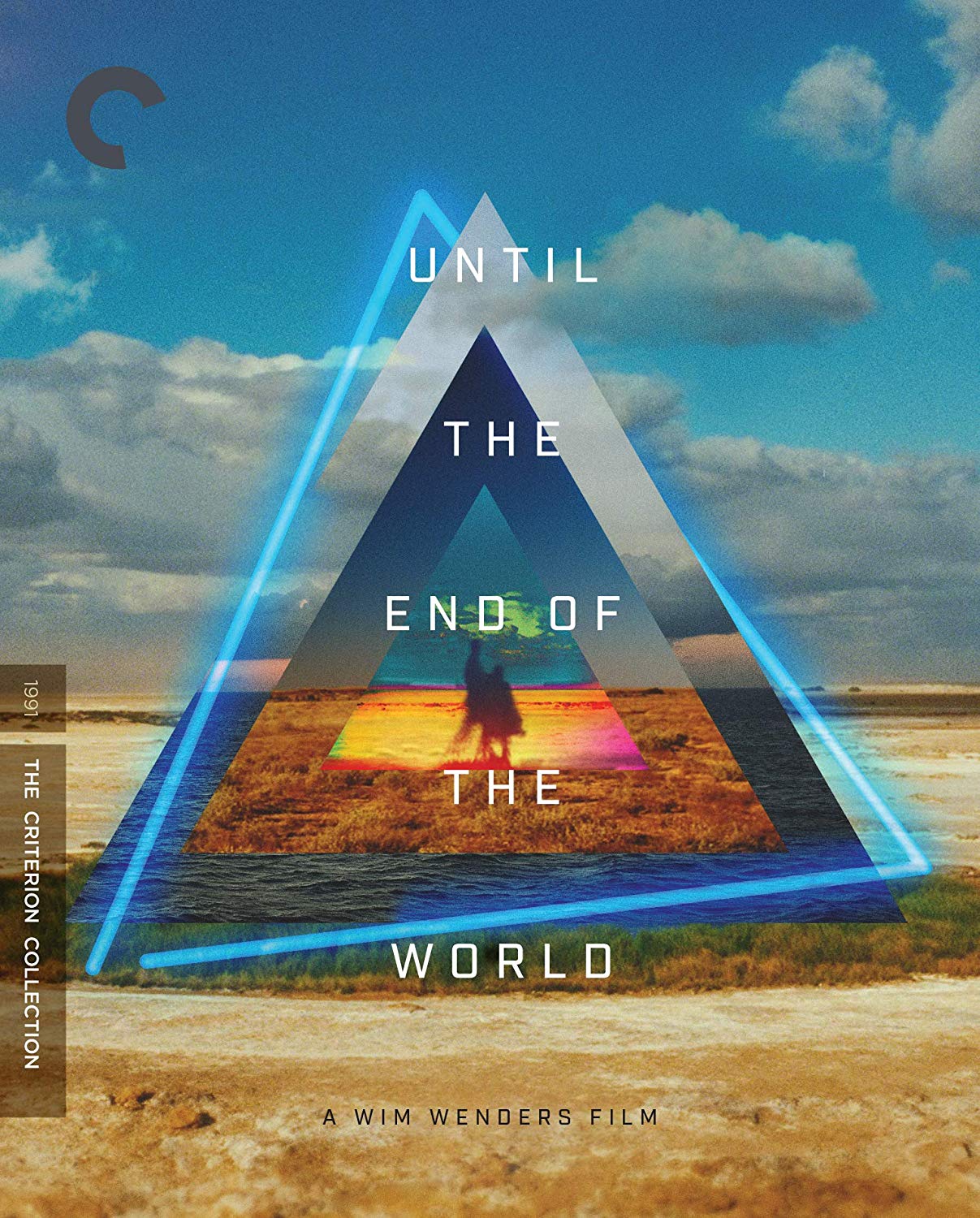