Posted on December 9, 2018 by Erwin Ordoñez
Can a great UHD conversation make this watchable? 3.0 Stars

A must own re-release for die hard fans.

Twilight follows the story of Bella Swan (Kristen Stewart) who has recently moved in with her father to small town in Washington. She quickly makes friends but is intrigued by the shy looking boy, Edward Cullen (Robert Pattinson).  Although Bella takes initiative to make friends with Edward, he does not seem to feel the same way. One day, Bella is about to get struck by a van but Edward quickly gets between her and the van and stops it with just his hand with force not possible to a human. Bella is convinced that Edward is not a human and after hours of research concludes that he is vampire. Although reluctant to tell her the truth at first, Edward finally confirms this to Bella. He introduces her to his family, who are all vampires and have found a way to hide among humans. Vampires outside of Edward’s family start hunting Bella but Edward and his put themselves in danger in order to keep Bella safe.

It’s hard to believe that Twilight is ten years old. The buzz surrounding these films left as quickly as it came. The story was slightly cheesy then but it has not aged well and it makes me wonder if the movie would have succeeded today. Its great visuals are not enough to save this film as the plot always gets in the way. There is a good story somewhere in the movie, but unfortunately it is never told. Instead we get a story of two “lovers” and Bella’s constant whining of wanting to become a vampire. As hard as the movie tries, Bella’s and Edward’s love never feels real.

Although completed at a 2K DI, Twilight was originally shot on film which makes this 2160p transfer a lot better. The UHD disc has Dolby Vision and although I watched on a TV only capable of HDR-10, the movie does benefit from its cool color palette as not only it gives this movie a signature look but it also adds some interesting highlights that standout more with HDR. The few scenes with a warmer color, like the final dancing scene, come naturally and their short stay makes them more meaningful. I rarely saw any grain, even in its darker scenes. The fabric from the clothes, the character’s faces and the contrast stands out more on the UHD disc than on the regular Blu-ray.

Just like almost every new UHD re-release, Twilight also gets an Dolby Atmos track. I was able to notice a few differences in the sound from its Blu-Ray counterpart. To my surprise the height speakers were used more than I anticipated, specially during the forest scene when Edward first tells Bella he is a vampire and on a baseball scene halfway through the movie. That being said though, I am not sure if the average fan will notice or even care about this change. Dialogue is very clean but the LFE was strangely absent that I even had to check if my sub was on- for an Atmos mix this disappointing. I still think Atmos is a superior sound mix but unfortunately you have to “look” for the difference as opposed of it coming naturally.

This is a first, both the UHD disc and the regular Blu-ray come with their own special feature depending on what disc you put in.

Music Videos (480p): 3 music videos. Leave Out All the Rest by Linkin Park, Super Massive Black Hole by Muse and Decode by Paramore.

This Twilight re-release comes packaged with great special features, a great UHD transfer and a somewhat superior audio track. Although I am not a fan of the series, this is a must buy for true die-hard Twilight fans out there. 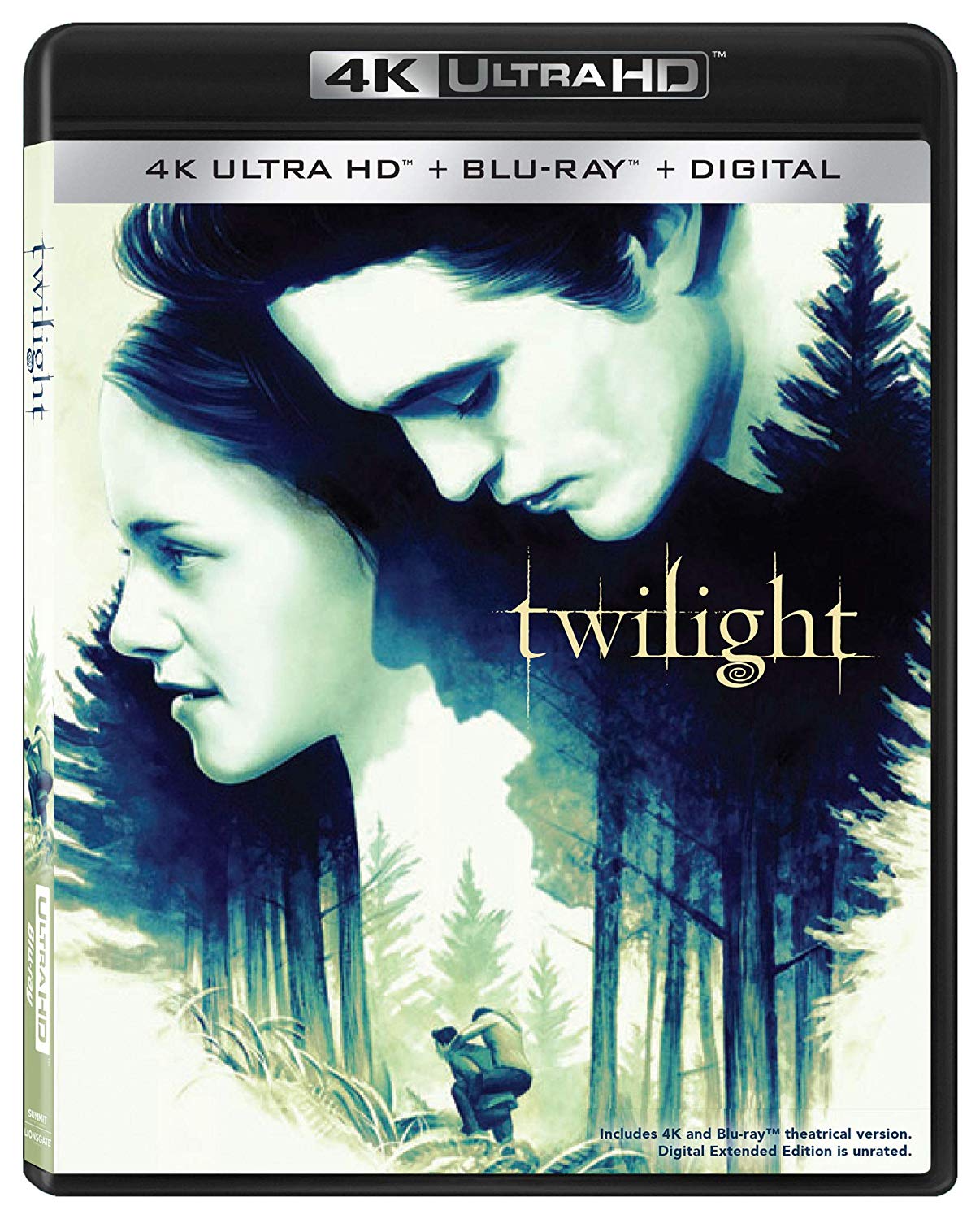