Trinnov Audio is offering DTS:X Pro as a free-of-charge update to all new and existing owners of Altitude32 and Altitude16 processors. The compay will also demonstrate DTS:X Pro for the first time as a publicly available technology in a purpose-built 15 seat 15.3.10 channel immersive audio theatre at ISE at the RAI in Amsterdam in partnership withProcella Audio and Kaleidescape. An Altitude32 processor and Amplitude8 power amplifiers will be used for the playback system, along with 28 Procella loudspeakers, Procella amplifiers, a Kaleidescape Strato and a Sony VPL-W5000ES projector.

Trinnov says the software-based platform, designed for “sustainability and upgradability” requires no hardware change. The upgrade is available via an online download typically completed in under 15 minutes. Prior to the introduction of DTS:X Pro, DTS:X for the home was limited to only 11 main channels plus LFE, typically in a 7.1.4 configuration. Trinnov’s implementation of DTS:X Pro enables discrete rendering of the full DTS:X complement of 30.2 channels, up to the channel capacity of each individual processor. 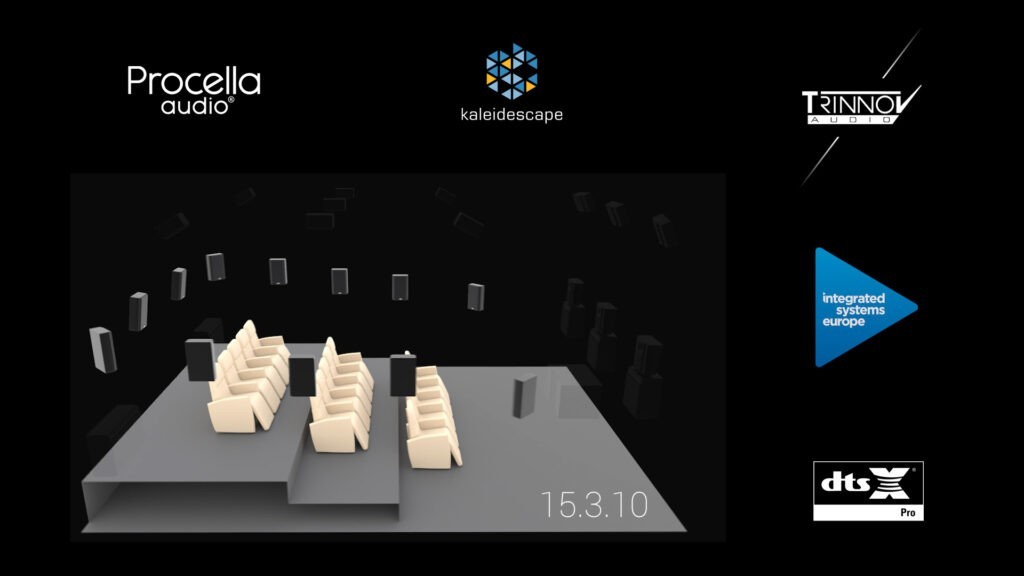 Trinnov’s Altitude32 processor is the only consumer processor which can render the 26 channels of the ISE demo system, while processors based on traditional DSP-based platforms are currently limited to 16 discrete channels. Systems with higher speaker counts provide a higher degree of spatial resolution and greater immersion, according to Trinnov, in addition to providing greater consistency of sound among all the seats in a theater

Visitors to Trinnov’s ISE demo will get to see two new bits of program material in the ISE theater consisting of a new cinema trailer which can be later downloaded for playback at home. They will also see and hear Trinnov’s ‘Music Machine One’ video, which combines images of an imagined music machine with a dynamic soundtrack showing off the capabilities of immersive audio, using multiple, active objects and DTS:X Pro playback using all the loudspeakers in the room.

More information is available from Trinnov.