The franchise is running low on gas 2.5 Stars

Transformers: The Last Knight continues the series’ proclivity for weaving in a new thread of the transformers history on planet earth, this time inserting the metallic race into the mythology of Arthur, Merlin and the Knights of the Round Table. It’s exhausting to have yet another new layer grafted onto earth’s history. This new thread follows the transformer device hidden in ancient Egypt in Revenge of the Fallen, their influence on the space race of the 1960’s in Dark of the Moon, and the their presence on earth during the time of the dinosaurs in Age of Extinction. These films appear not to have any confidence or creative ingenuity to carry the story forward, only enough to have the characters and our transformer heroes respond to emerging threats that began long ago in earth’s history.

“There is a way to heal your world. My power of creation, the staff, was stolen from me by my twelve Guardian Knights. They betrayed me, and hid it on Earth… gave it to your precious humans. The staff is the only way to bring life back to Cybertron. You are going to find it for me. Do you seek redemption, Prime? Do you?”

Optimus Prime has left the earth to find the ‘maker’ of the transformer race. Left behind are the Autobots and Decepticons who are considered enemies of the planet and hunted by a special military unit, the Transformers Reaction Force (led by Santos, played by Santiago Cabrera). Cade Yeager (Mark Wahlberg), a fugitive sympathizer to the mechanical race, spends his time rescuing Autobots and retreating to his sprawling junkyard home. But earth is once again threatened when Prime is turned ‘evil’ by his maker, a dominating transformer called Quintessa, and tasked with retrieving a special staff that will restore Cyberton and destroy earth. The staff was given to Merlin, the once-thought mythological magician at King Arthur’s side, by Cybertronian Knights who betrayed Quintessa and fled to our planet. The race is on to find the staff before Quintessa can use it to destroy our world.

I’ve said it before, Michael Bay gets a bad rap. He can maneuver the enormity of an epic film production with admirable confidence. He successfully builds a sense of scale in these films, with battles of epic proportions and sequences that occasionally achieve excellence. But as the Transformers series has progressed, he hasn’t grown beyond the abilities and techniques he showed at the start of this franchise. He continues to rely upon his signature styles without adding any noticeably new ideas to the mix. The story and settings may change and he’s embraced the advancement of technology, and allowed composer Steve Jablonsky to evolve the music (with the score for The Last Knight being a relative departure), but he hasn’t found new directorial ground to cover. A filmmaker like James Cameron has a signature style, as does Fincher, Spielberg and a host of others. But while Bay demonstrates a wonderful grasp of big productions (often at the expense of the film’s internal logic), he hasn’t added any new ‘tricks’ as it were; no new arrows in his quiver. And the films he makes need him to do so.

Mark Wahlberg returns as Cade Yeager but isn’t really given much to do in this film, besides be someone we can follow through the plotline. He shares a nice moment or two with newcomer, Isabela Moner (Isabella), and does okay playing off Jerrod Carmichael (who is a very funny comedian, but doesn’t make much of an impact here as Jimmy). Laura Haddock is new to the cast and holds her own as Oxford Professor Vivian Wembley – someone with a deeper connection to what’s going on than her dismissive awareness of Arthurian legend. Josh Duhamel rejoins the cast as William Lennox, Stanley Tucci appears again in an altogether different role than the one he held in Age of Extinction, and John Turturro pops up for good measure again as well. The voice cast are familiar as well, with Peter Cullen as Optimus Prime, John Goodman and Ken Watanabe returning as Hound and Drift. The new voice cast includes Gemma Chan as the evil Quintessa, Downton Abbey’s Jim Cater as a maniacal Butler, Cogman (he’s rather good), and Steve Buscemi turns up briefly as Daytrader. But it is Anthony Hopkins as steward protector of the transformer’s secret history on earth, Sir Edmund Burton, who clearly has the most fun. Hopkins is a delight in this role, an actor of such impressive caliber and esteem who shows himself entirely at home among the passable script and massive visual effects juggernaut that is a Michael Bay picture. All around, the cast does good work as secondary elements to the visual effects and hurried storyline.

Action set pieces are generally very good, with the impressive quality of visual effects being a standout. The detail and complexity inherent in just a single Transformer moving about is a visual feast, but add in a barrage of characters fighting, it becomes more than the eyes can see in one sitting. Sometimes there’s so much going on that it’s overload, and that’s when Bay is effective, using slow-motion to helps our eyes and brains keep up. As a fan of visual effects achievements, I never find Transformers boring to look at. That goes especially for the film’s piece de resistance, [potential spoiler alert if you didn’t catch this in the film’s trailers] a cataclysmic threat above the planet with massive fractures of Cybertron dragging across the planet on tendrils, swinging and swaying as our heroes try desperately to save the planet.

The finale succeeds in the dizzying one-upmanship spectacle that comes with each entry in the series (though my favorite remains the finale of Dark of the Moon and the battle in Chicago). The action is extremely well choreographed and edited together to genuinely build momentum, thrills and tension. It is disappointing that by the time we get to this finale, it seems as though we’ve been through a repeat of many moments from the earlier films, complete with auburn sunset skies flaring in the lens as character silhouettes are made, random slow-motion moments, running, sweating, and a plethora of hit and miss chuckles thrown around for good measure. I know for sure a 14 year old me wouldn’t have cared that I’d seen it all before. But it gets harder to let the lack of new territory explored in these films pass. Perhaps the planned Bumblebee spin-off has an opportunity to go in a different, refreshing direction (in much the same way many are hoping the Han Solo spinoff film will be more heist adventure than sprawling Star Wars saga entry). Transformers desperately needs to narrow its focus, infuse new ideas and techniques, and break out of the creative ‘committee screenplay’ rut in which it has found itself. And I say that as an unabashed and unapologetic fan of these escapist, popcorn movies.

Paramount delivers the latest Transforms film for the home theater market in a technically magnificent release. The precision of details in the image, saturated colors, excellent black levels, shadow details, warm flesh tones (common for Bay films), and vibrant flavor are without issues.

Transformers: The Last Knight was heavily filmed in IMAX 3D and has been released on Blu-ray with the shifting aspect ratios (even retained in the VUDU digital copy). While it may be the best way for this release to be handled, the intercutting of scenes filmed with IMAX and non-IMAX cameras does create a choppy feel from time to time. The opening sequences in the time of King Arthur is indicative of how the IMAX filming opens up the scope of the action and delivers jaw-dropping detail, and this ratio is dominant, but the fast cuts in later action sequences means the bounce between the 1.9:1, 2.0:1, and 2.39:1 ratios becomes a distraction.

Check out Todd Erwin’s review of the 4K release for his thoughts on the UHD version.

The Dolby Atmos track (that plays as Dolby TrueHD for those not yet Atmos equipped) is stellar. The sound design makes ambitious use of the full speaker spectrum, creating a delightfully immersive experience. Sounds and sound effects zip around the speakers and the subwoofer is used to pound and punctuate the scope and scale of the action perfectly. Dialogue is mostly concentrated in the center channel, is easy to understand even among the bombastic action. Steve Jablonsky’s score isn’t as dominating in the mix as I found it in the earlier films. Even listening to the soundtrack (available as a limited edition CD from the legendary La La-Land Records) is a more subdued experience than the other Transformer scores, which may account for that sentiment.

However, this is another terrific audio overall from Paramount to show off what your home theater is all about.

An okay collection of special features that, like Bay’s approach to directing this action behemoth, doesn’t offer anything new or exciting in the approach. Perhaps a lengthy behind the scenes documentary or an in-depth look at a key action set piece would have helped engender better will towards this film (and series), which by all accounts is losing audience interest with alarming pace.

While the examination of the various pieces of mythology incorporated, and the look at filming in the UK and the different characters, etc., are welcome, it comes up short. What is missing is a sense of depth and raw examination of what it takes to create these massive films. How fascinating would it be to evaluate the challenges filmmaker Michael Bay and his team encounters, and what they do to work around or through them? That would be far more captivating than the polished pieces we have here.

The Royal Treatment: Transformers in the UK

Ultraviolet/Digital copy of the film

I have fun with the Transformers films. I had some fun watching The Last Knight, but the persistent need to ret-con and revise earth’s history to bring significance to our relationship with the form-shifting species was fun once, passable the second time, but tiresome now. If this storyline is the result of a talented group of writers hammering away at ideas in a writer’s room, I’d say the effort was wasted. The Arthurian angle would perhaps have worked okay as plot device for the third film in the franchise, but you can’t keep dipping into a pool of secret history and expect audiences not to find it unnecessary and old (as do I).

Still, on a technical level, Transformers: The Last Knight is magnificent. Familiar but high-quality cinematography, a level of visual effects mastery that grows and exceeds what has come before, solid action sequences and a big, exciting finale do count for something. Audiences are clearly tiring of the routine and I don’t blame them. There’s little new, different, bold or enticing here, and that will need to change if Paramount is to have future luck using this franchise to guarantee a financial hit during their beleaguering box-office dry spell. 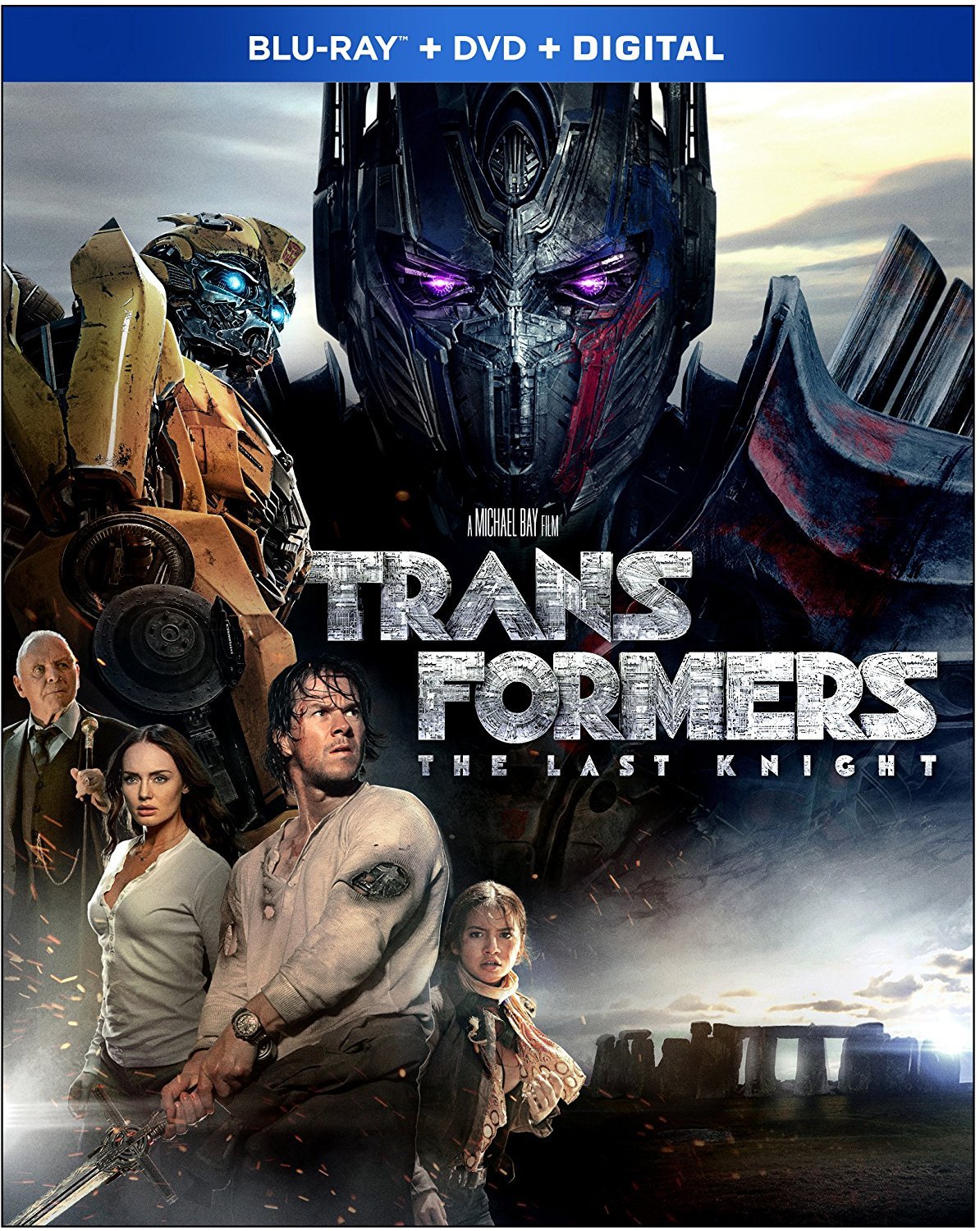