Forum List What's new Dark Style Change width
Log in Register
What's new Search
Menu
Log in
Register
Navigation
Install the app
More options
Dark Style
Close Menu
Posted on March 21, 2021 by t1g3r5fan
You are using an out of date browser. It may not display this or other websites correctly.
You should upgrade or use an alternative browser.
African Cinema classic re-released on Blu 4.5 Stars

Founded by Martin Scorsese in 2007, the World Cinema Project (courtesy of The Film Foundation) preserves and presents movies from regions and countries around the world that are ill equipped to preserve their own movies; some of them are early works of master filmmakers and some are great works that – until now – went largely unnoticed. Touki Bouki (The Journey of the Hyena) is one of those works that have been given a new lease on cinematic life thanks to this project. Criterion has previously released the movie in a dual format box set devoted to the World Cinema Project, but now has given it a standalone release on Blu-ray.

In Dakar, Mory (Magaye Niang) is a country boy who drives around town with a motorcycle featuring a Zebu skull mounted as a hood ornament. Anta (Mareme Niang; no relation) is a local college student who barely even hides her disdain for the traditions of her elders. The two young lovers yearn to head for France to escape their humdrum lives and hope for new opportunities. However, the road to leaving there is not as straightforward as they have to find a way to finance the journey; can they do so without getting cold feet in the process?

Senegalese filmmaker Djibril Diop Mambéty made only a handful of films in his career, but Touki Bouki is by far his masterpiece. Using an array of film techniques, Mambéty creates a uniquely immersive atmosphere that’s both jagged and smooth at the same time. The director also melds the sensibilities of the French New Wave and Italian Neorealism (the latter reflected in the use of mostly nonprofessional actors here) while also shifting between different genres like the road film and the dark comedy. The end result is something like a Jean-Luc Godard film that’s both manic as well as meditative while simultaneously painting a picture of post colonial life in Western Africa. In short, Touki Bouki is a revelation, showcasing a little known director who capitalized on the possibilities of the language of cinema to find new and exciting ways to tell stories of Africa.

The film is presented in its original 1:37:1 aspect ratio, taken from a 2K digital transfer of a 2008 restoration performed by The Film Foundation’s World Cinema Project in conjunction with the Cineteca di Bologna and the family of Djibril Diop Mambéty; this transfer was also used in Criterion’s release of the movie in the World Cinema Project box set from 2013. Film grain is organic, with fine details, color palette and skin tones given a faithful representation; there’s minor instances of issues like vertical lines, scratches, fading, tears, and dirt present here. Overall, this is likely the best the movie will ever look on home video.

The film’s original mono soundtrack is presented on a PCM track for this release. Dialogue is strong and clear, with the sound mix and music each given a faithful representation as well. There’s minimal problems like distortion, crackling or hissing present, which means that this release is likely the best the movie will ever sound on home video and closely matches its previous incarnation in the Criterion Collection (Martin Scorsese’s World Cinema Project 1 dual format box set).

2013 interview with filmmaker Abderrahmane Sissako (11:56) – Carried over from the previous World Cinema Project 1 box set, the Malian filmmaker shares his appreciation for the movie.

Touki Bouki: Luminous Eclipse (26:02) – Also carried over from the box set release, Wasis Diop and Mati Diop – director Mambéty’s brother and niece respectively – talk about the movie and some of the themes within.

Contras’ City (AKA City of Contrasts) (23:08) – This 1968 short film by Mambéty shows the contrasts of the Senegalese capital of Dakar in terms of architecture and people; this film was newly restored by the World Cinema Project and the Cineteca di Bologna for this release.

Thanks to the World Cinema Project (WCP), hidden masterpieces like Touki Bouki can now be viewed for all to see and explore new stories both old and new. Criterion has offered the movie here in a standalone release for those who may have missed out on the first WCP box set, with its standard pristine HD transfer and special features delving deep into the movie. Very highly recommended 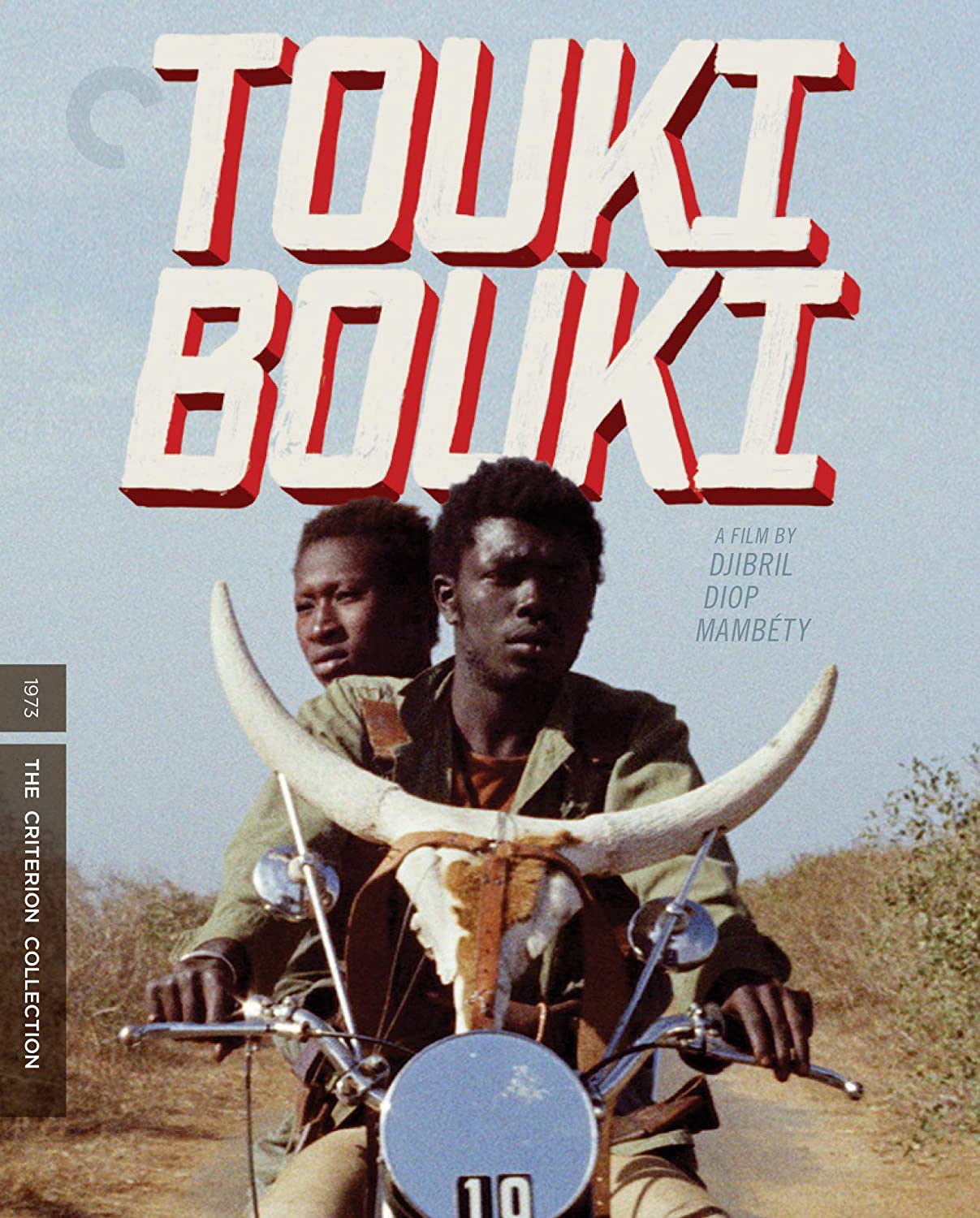