Henry Jeckle (Bernard Bresslaw), the dim-witted younger brother of Victor (Jon Pertwee) and Henrietta (Maudie Edwards) who run the family pharmacy founded by their great-great grandfather Dr. Henry Jekyll, is also a bit of a klutz, having recently embarrassed himself and his family during a dance competition at the local dance hall, which is actually a front for a gang of thieves plotting to steal some precious jewels from a fashion show. One day, after a small explosion in the lab, Henry finds his great-great grandfather’s secret potion that claims to give confidence to the most timid of people. Inspired by that statement, Henry mixes up a batch and drinks it, quickly becoming the dapper and dashing Teddy Hyde, sweeping girls off their feet at the dance hall and gets involved with the jewel thieves, agreeing to steal the jewels the night before the fashion show. When Victor and Henry’s would-be tomboy girlfriend Snout (Jean Muir) find the jewels in Henry’s coat pocket the next morning, they persuade Henry to return the jewels before anyone notices they are missing.

As the opening credits declare, the screenplay for The Ugly Duckling is “stolen” from ideas by Robert Louis Stevenson. This is not your typical Hammer movie, and was their attempt at comedy, which unfortunately was not a hit with audiences upon its 1959 theatrical release. The movie plays more like a lesser Ealing or Corman comedy than a typical Hammer film. There is some broad humor here, and the film often reminded me of Roger Corman’s original Little Shop of Horrors at times. The performances are very good, particularly Bresslaw who has to switch between the two personalities (although on-screen, it is not much more than a costume change and a pencil-thin moustache for Teddy). It should be noted that there is one very non-PC element to this movie that severely dates it, and that is the golliwog doll that Henry sleeps with, but this was made in the late 1950s.

Long thought to be lost by the BFI and Sony Pictures until stumbled upon recently in a film vault, this Sony MOD release looks as good if not better than it did upon its original theatrical release. The print used is clean of any debris or scratches, providing a crystal clear and spot-free image. There is some noticeable softness, though, during any opticals, which is par for the course for a film of this vintage. Contrast is very good, with black levels that almost approach a deep black (a very dark grey) and whites that never clip.

The DTS-HD MA 2.0 mono soundtrack has very good fidelity and a surprisingly good dynamic range, particularly in the music sequences at the dance hall. Dialogue is clear and understandable, and prioritization improved significantly when engaging DTS Neuro: X on my receiver rather than using Direct or Dolby Surround. The movie contains no subtitles or closed captions.

The disc contains no special features, not even a menu, and pressing the Top Menu or Pop-up Menu buttons on your remote may cause your player to behave abnormally, such as no time readout or the inability to use pause or chapter buttons (issues vary by make and model of player).

There is always reason to celebrate when a film, long thought to have been lost, is discovered and released on Blu-ray, even if it isn’t a so-called “classic.” As expected, Sony’s presentation is excellent, although it would have been nice to have a film historian provide an audio commentary at the very least (or even a trailer).

Many thanks for the review. I saw this film when it first came out and I was a small boy. I loved it but have never seen it since. I've no idea if I will still enjoy it but I'm buying this disc anyway! 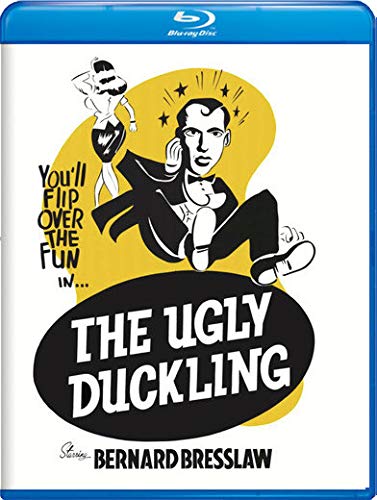