When Cecil B. DeMille returned to Paramount Pictures – the studio he helped build – in 1932, he was at a career crossroads. His last two pictures for MGM, Madam Satan (1930) and The Squaw Man (1931), had bombed out at the box office and he was in danger of becoming increasingly irrelevant; the Paramount studios were facing a crisis of their own – the company was in danger of going belly up due to the Great Depression. However, The Sign of the Cross – a return to the territory that DeMille had made his best pictures – would prove to be the proverbial spark to the flame that would reverse the fortunes of both the studio and its director. Released on home video by Universal (the current rights holder), Kino has given the movie its Blu-ray debut.

In 64 AD – during the height of the Roman Empire – Rome goes up in flames and Emperor Nero (Charles Laughton) cunningly decides to shift any and all blame onto the Christians. However, the situation becomes complex when one of his most trusted prefects, Marcus Superbus (Fredric March) becomes romantically smitten with Mercia (Elissa Landi), a Christian girl. Soon, Marcus finds himself being in the uncomfortable position of enforcing the edict and trying to keep his new love safe; it all leads to a climax in the gladiator arena where religion and love are literally thrown to the lions.

As the unofficial capper to the loose trilogy of religious pictures made during the silent era – specifically The Ten Commandments (1923) and The King of Kings (1927) – The Sign of the Cross was a return to form for Cecil B. DeMille and also a top notch entertainment. Based upon the Wilson Barrett play (which the director happened to see in his youth), DeMille fashioned a decadent Ancient Rome that could’ve been only possible in pre-Code Hollywood; scenes like Empress Poppaea (Claudette Colbert) bathing in milk, the erotic dance which is used to seduce Mercia and scenes involving Christians being brutalized in the gladiator’s arena were among the most shocking of the era. And it all flourishes under the DeMille’s direction, whose earnestness about the material helps to gloss over some of the slower spots in the plot and pacing; equally worthy of praise here are the contributions of cinematographer Karl Struss (who would earn an Oscar nomination here), longtime DeMille editor Anne Bauchens, and future director Mitchell Leisen (working here as a costume designer and art director) in bringing the movie and a bygone era to life. With a top notch cast and production values, The Sign of the Cross restarted the career of its director and would lead him to greater heights, culminating – of course – with his final film, the 1956 remake of The Ten Commandments.

Given a solid leading role here, Fredric March is notable as forceful yet humane Marcus; he was just coming off of an Oscar winning tour de force performance as Dr. Jekyll and Mr. Hyde (1931). Making the most of his brief screen time, Charles Laughton casts a memorable impression as Emperor Nero; he would return to Ancient Rome later in his career with a role in Stanley Kubrick’s Spartacus (1960). Claudette Colbert is effectively cast against type as the wicked Empress Poppaea; Elissa Landi is competent – if a bit bland – as the woman who catches Marcus’ eye. Notable standouts among the cast of thousands here are Ian Keith as the prefect Tignellinus, Arthur Hohl as the Christian missionary Titus, Nat Pendleton as a brute gladiator spying for Nero, Joyzelle Joyner as Ancaria, who performs the erotic dance to help Marcus seduce Mercia, uncredited appearances by Mischa Auer as a Christian in the dungeon, John Carradine in two different onscreen roles and lending his voice to one of the Romans and a part of the Coliseum mob, Henry Brandon as a Coliseum spectator, Charles Gemora playing a gorilla (his specialty) and famed fan dancer Sally Rand as a Christian about to be devoured by the crocodiles.

The film – shown here in its complete 125 minute running time with intermission – is presented in its original 1:37:1 aspect ratio for this release. Film grain is organic, with fine details and gray scale rendered faithfully; there’s minimal cases of scratches, tears, or dirt present here. Overall, this is likely the best the movie will ever look on home video and an improvement over previous DVD releases.

The film’s original mono soundtrack is presented on a DTS-HD Master Audio track for this release. Dialogue is strong and clear, with the sound mix and an uncredited Rudolph Kopp’s spare but effective score given solid strength and fidelity; minimal issues like crackling, hissing or distortion are present. In short, this is likely the best the movie will ever sound on home video and another improvement over previous DVD releases.

Commentary by author Mark A. Vieira – Recorded for this release, the co-author of a book on Cecil B. DeMille shares some of the background information on the production and restoration and some of the themes touched on in the movie.

Commentary by film historian David Del Valle – Also newly recorded for this release, Del Valle shares some info on the movie – some of it overlapping with Vieira – as well as some personal history on researching DeMille, particularly the wealth of info discovered upon visiting the DeMille estate.

Bonus KLSC Trailers – Bluebeard’s Eighth Wife, Since You Went Away, Death Takes a Holiday, The Eagle and the Hawk, The Paradine Case, Witness for the Prosecution & Reap the Wild Wind

Despite courting controversy with its ribald depiction of Ancient Rome, The Sign of the Cross was a hit with audiences and ushered Cecil B. DeMille back into relevance and another fruitful period. Kino has done another quality job here, with a solid HD transfer of the original full length version of the movie and two very informative and engaging commentary tracks for special features. Highly recommended and absolutely worth upgrading from previous DVD releases (The Cecil B. DeMille Collection set and a standalone Universal Cinema Classics release).

I think it's great that we're getting all these old DeMille films on Blu-ray, & looking so good too. They're great fun, I have imported them from America, Germany & France, & later this month I'll be buying The Plainsman (1936) from Germany (an all regions release from Universal). My favourite is Unconquered (1947), available from Germany, France & Spain (most of these DeMille films are available in Spain, genuine releases from Universal).
Last edited: Oct 12, 2020
You must log in or register to reply here.
Share:
Facebook Twitter Reddit Pinterest Tumblr WhatsApp Email Link 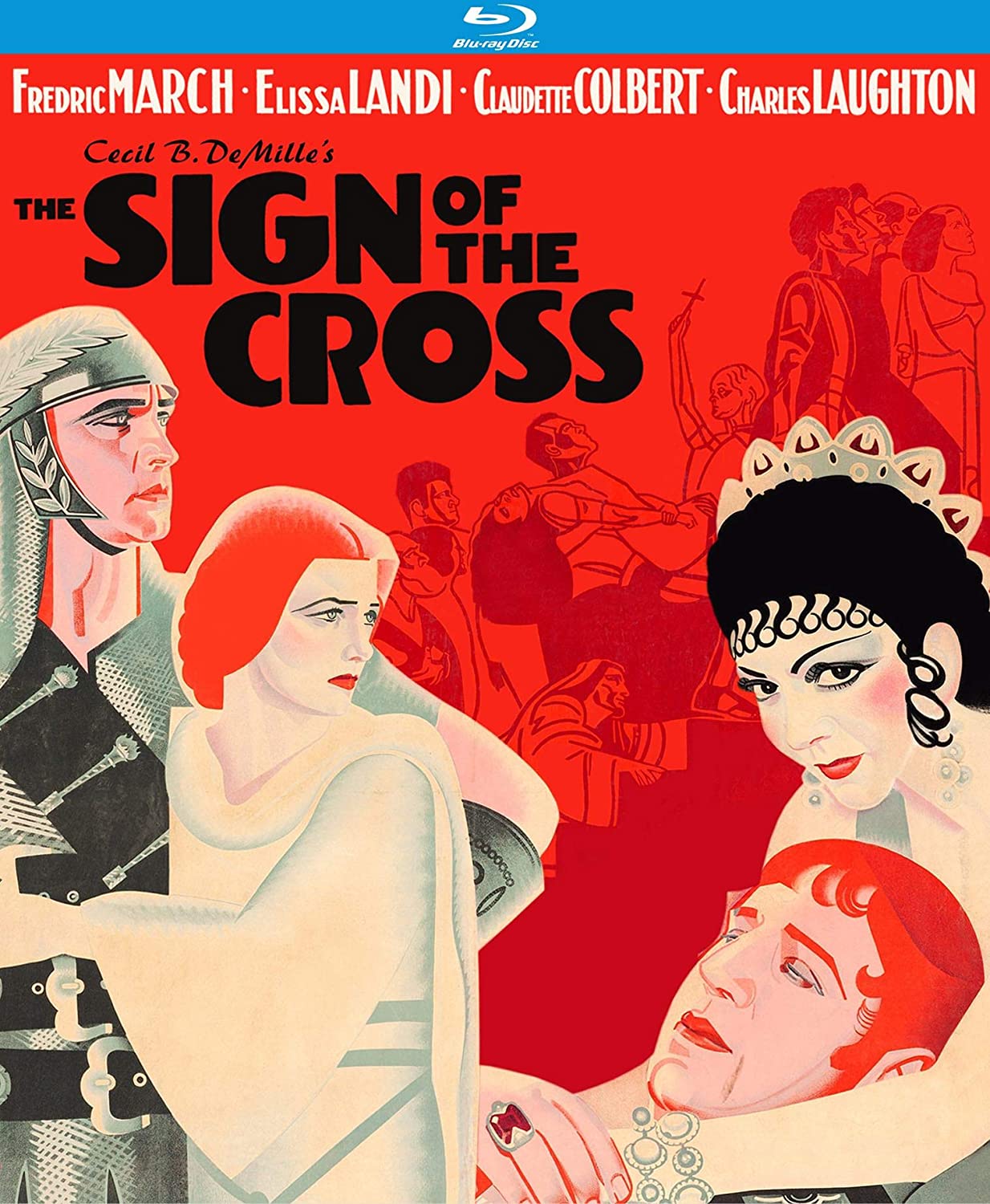