Forum List What's new Dark Style Change width
Log in Register
What's new Search
Menu
Log in
Register
Navigation
Install the app
More options
Dark Style
Close Menu
Posted on August 11, 2019 by t1g3r5fan
You are using an out of date browser. It may not display this or other websites correctly.
You should upgrade or use an alternative browser.
"Lost" Carol Reed thriller debuts on home video 3.5 Stars

After the release of Our Man in Havana (1959), director Carol Reed was facing a personal crossroads in his career; he was fired from MGM’s big budget remake of Mutiny on the Bounty (1962) following a quarrel with Marlon Brando and was seemingly on the outs with Hollywood. However, he did manage to land on his feet with The Running Man, a return to the thriller genre which he made his greatest impact with The Third Man (1949). Long unavailable on home video, Arrow Video – through the Academy line – gives the movie its long overdue debut on home video.

Rex Black (Laurence Harvey) died in a tragic plane crash… or that’s what he wants people to think. He’s managed to fake his demise as part of a life insurance scam that he hopes will net him and his wife Stella (Lee Remick) £50,000. In order to seal the deal, he escapes to Malaga and assumes a new identity and waits for Stella to arrive with the money and start a new life; however, with the arrival of an insurance agent (Alan Bates) on holiday, Rex may find himself taking even more risks in order to keep the scheme alive…

Returning to the genre that produced many of his classic efforts, The Running Man is an intriguing entry in Carol Reed’s oeuvre. For the most part, Reed’s steady hand keeps the film interesting throughout and is beautifully shot throughout, making great use of the locales in Spain and Gibraltar. The only real problem here is that it never quite manages to be very tense when the film’s plot should be generating the necessary suspense; perhaps the decision to have a sense of emotional detachment from the main characters doesn’t help the movie when it’s needed the most. While it’s certainly not in the same realm as The Third Man, Odd Man Out (1947), or Our Man in Havana, Carol Reed’s The Running Man is still a colorful and entertaining venture that does manage to deliver the goods more often than not despite its flaws.

Of the main cast, Lee Remick comes off best here as the wife who’s caught between her scheming husband and the affections of the insurance agent on holiday. Laurence Harvey is OK but coolly detached as the schemer trying to stay a step ahead; his performance is certainly a step down from his most accomplished one in The Manchurian Candidate a year prior. Alan Bates is certainly personable and approachable as the insurance agent who may or may not be onto Rex’s scheme; he definitely shows genuine chemistry between him and Remick in the scenes they share together. Other notable performances include Felix Aylmer as the parson at Rex’s “funeral” at the beginning of the movie, John Meillon as the Aussie who becomes a victim of identity theft in Rex’s scheme, Allan Cuthbertson as the claims adjuster who inadvertently sparks Rex’s plan of revenge against the insurance company, Colin Gordon as a solicitor who tries to talk Rex out of a ill-advised lawsuit against the company, Ramsay Ames as a member of Rex’s entourage in Malaga, and Fernando Rey as a Spanish policeman in the climax of the movie.

The film’s original 2:35:1 aspect ratio is preserved for this release. Film grain is organic throughout with fine details faithfully presented; there’s some speckling at the start of the movie, but it clears up fairly quickly. Colors are strong with only minor instances of age related issues present (dirt, dust, scratches, etc.); for a film that’s never seen the light of day on home video until now, this is a strong transfer.

The film’s original mono soundtrack is presented on a PCM track for this release. Dialogue is strong and clear with great fidelity and direction given to William Alwyn’s score as well as the sound effects; age related issues – like crackling, popping, hissing, distortion, etc. – are minimal throughout, making this the best the movie will ever sound on home video.

Commentary by author Peter William Evans – Newly recorded for this release, the track goes over some of the details of the film’s production as well as its place in the director’s career;  an informative and insightful track.

On the Trail of The Running Man (24:41) – In this new featurette, the film’s production as well as some of its troubles are recounted by surviving members of the crew; they include 2nd assistant director Kits Browning, script clerk Angela Allen, assistant accountant Maurice Landsberger, and (in an archival interview from 2012) assistant art director Tony Rimmington.

Lee Remick at the National Film Theatre (45 minutes) – Presented as an audio option playing concurrently with the beginning of the film, the actress talks about her career in this 1970 appearance; the audio reverts back to the movie’s soundtrack at the conclusion of this track.

Image Gallery (13:40) – 82 images from the film’s production and promotion are presented here.

While not quite up to par with his previous efforts, The Running Man helped get Carol Reed back on his feet and would help lead the way for him towards Oscar anointed glory five years later with Oliver! (1968). Arrow has done a great job in rescuing the film from obscurity and giving it a solid presentation for its home video debut with a solid slate of special features. Recommended.

Thank you for this review. I didn't much like The Running Man when it first came out and I was still in my teens. Your review has made me want to watch it again. I may well buy this disc.

Robin9 said:
Thank you for this review. I didn't much like The Running Man when it first came out and I was still in my teens. Your review has made me want to watch it again. I may well buy this disc.
Click to expand...

I just bought this on Amazon for $15.99 as it came with a $4.00 coupon. I'm looking forward to finally watching this Arrow Blu-ray.
You must log in or register to reply here.

Tuesday at 3:29 AM
Robert Crawford 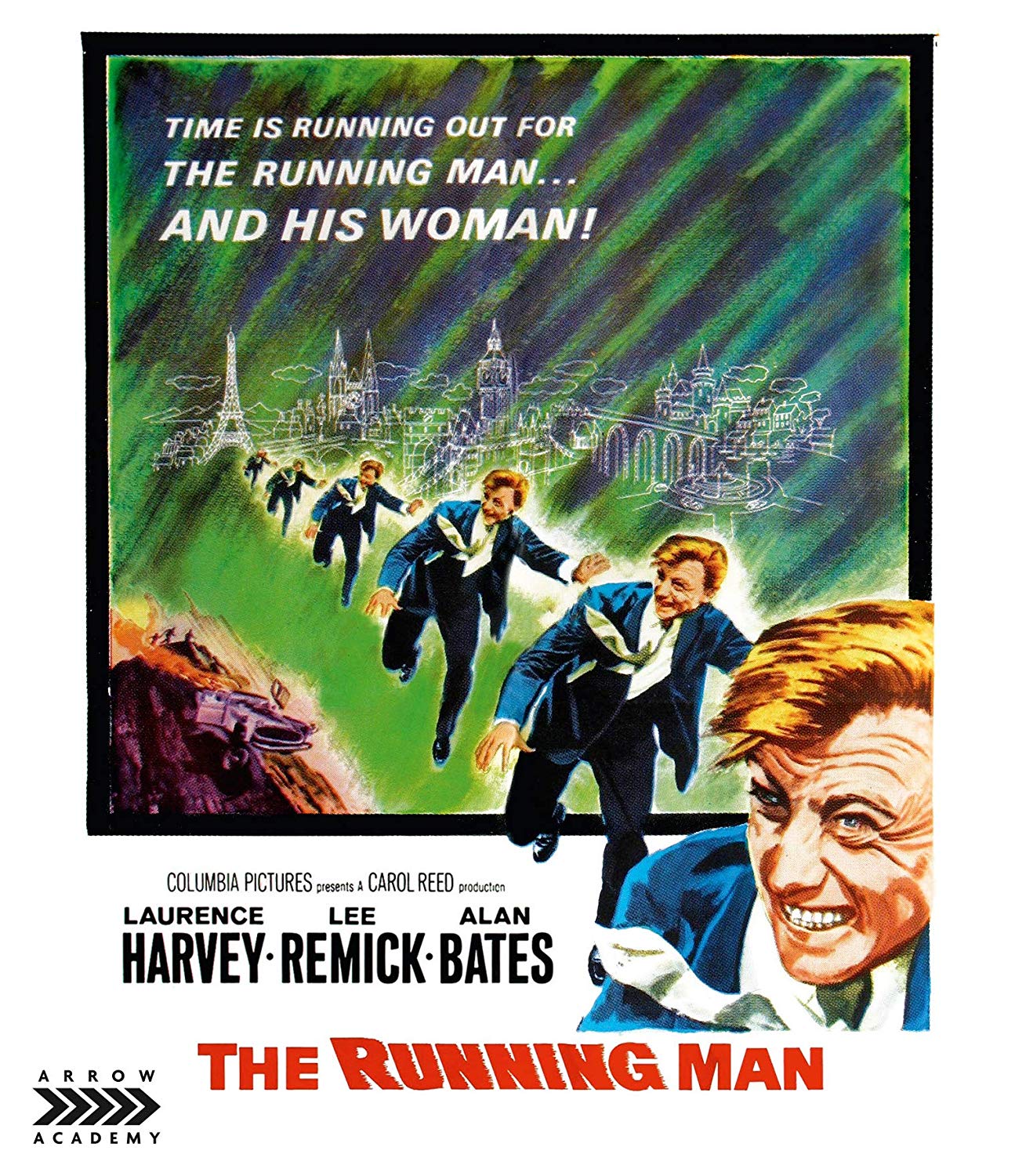