Not many directors have had quite the interesting career like Mark Rydell has. Originally studying in music as a young man (he wanted to be a conductor), he switched to studying acting and made his first break in Hollywood and television in that capacity. As a director, he made attracted notice with The Reivers (1969), The Cowboys (1972), Cinderella Liberty (1973) and The Rose (1979); The River came right on the heels of his most notable success, On Golden Pond (1981). Originally released on DVD by Universal in the early years of the format and on HD-DVD during the Blu-ray wars, Kino has finally given the movie its Blu-ray debut.

In a small eastern Tennessee town, Tom and Mae Garvey (Mel Gibson & Sissy Spacek) are a farming couple struggling to make ends meet to keep the family homestead from going under. It’s not easy, given the fact that the river that runs alongside the farmland often floods its banks and that the Tennessee Valley Authority has plans to build a dam further upstream that will more than likely displace the Garveys. Further adding to the tension is the fact that Mae’s former beau, Joe Wade (Scott Glenn), is in charge of the prospective project. With all of this, Tom may be fighting a losing battle, but only if he does it all alone…

As one of three films released in 1984 dealing with the farm family and their day to day struggles (Country and Robert Benton’s Places in the Heart were the other two), The River is a fairly decent look at that world. Director Mark Rydell certainly established a great mood here, with Vilmos Zsigmond’s brilliant cinematography capturing the beauty and atmosphere of its setting wonderfully. However, the problem here is that the script is a bit underdeveloped, with some scenes – while contributing to the character development to some degree – bogging down the film’s pacing. Also, there is no clearly defined villain here – human or nature – while Rydell’s direction having to rely more on observing its characters than an emotional investment in them in some scenes; sometimes it works, sometimes it doesn’t. However, it’s buoyed by some solid performances and a beautiful score by the one and only John Williams, so The River is not a total loss, but there’s a feeling of dissatisfaction that the movie could have been so much more than what ended up on the screen. In short, it’s flawed but not without some benefits.

Sissy Spacek received her fourth Oscar nomination (out of six, so far) with her magnificent portrayal as the luminous and strong Mae; she is the film’s beating heart and greatly exemplifies the qualities that Rydell saw in her and talked about during production. In his American film debut, Mel Gibson gives a strong, if somewhat flawed performance as the stubborn Tom – although his heart’s in the right place; his performance was the one of the main sources of criticism during the film’s initial release although it plays a bit better now. As the man in charge of the TVA project with ties to the Garvey family, Scott Glenn gives a three-dimensional performance to Joe Wade; his character is likable enough and a bit ambiguous as to where his feelings lie throughout the film. Rounding out the cast here are Shane Bailey and Becky Jo Lynch as the Garvey kids, James Tolkan as the town banker, Don Hood as the state senator who visits the project at the beginning of the film, Jack Starrett and Barry Primus as part of a group of strikebreakers at the steel mill, and Billy Green Bush as an associate of Wade’s involved with the dam project.

The film is presented in its original theatrical ratio of 1:85:1 for this release. Film grain is organic, with fine details and the color palette (especially with skin tones and shadows) given a faithful representation; problems and issues like scratches, tears, and dirt are relatively minor here. All in all, this is likely the best the movie will ever look on home video, easily surpassing the previous Universal DVD.

There are two audio options for this release: a 2.0 DTS-HD Master Audio track and a 5.1 DTS-HD Master Audio track. Both tracks exhibit strong dialogue and sound effects while John Williams’ lovely score is given great strength and fidelity (which is more prominent on the 5.1 track). Problems like crackling, hissing or distortion are minor to nonexistent here, which means that this release represents likely the best the movie will ever sound on home video.

Commentary by film historians Daniel Kremer and Nat Segaloff – Recorded for this release, Kremer goes over some of the background on the movie and its production while Segaloff contributes some stories about Rydell and his career.

Although it was lost amid two similarly themed movies in the year of its release along with a tepid reception from both critics and audiences alike, The River is still an interesting farm drama anchored by solid performances. Kino has easily delivered what is likely to be the best home video release of the movie to date, with a solid HD transfer in addition to an informative commentary track as a supplement. Highly recommended and worth upgrading from the DVD release (or HD-DVD release if you still have it). 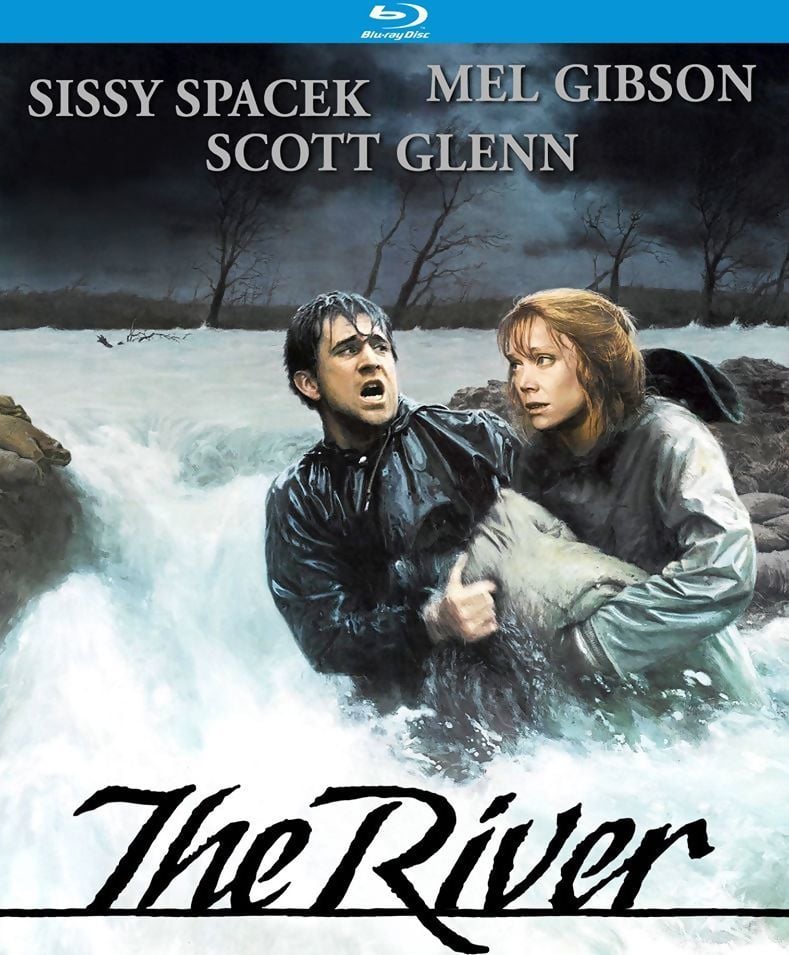