After two nuns die under mysterious circumstances in Romania, a Vatican problem solver, Father Burke (Demian Bichir) and an American initiate who has yet to take her vows, Sister Irene (Taissa Farmiga, sister of Conjuring star Vera Farmiga), are sent to investigate. What they discover is that bombing during a military operation has unleashed a demonic presence and that the nuns gave their lives to ensure the demon was unable to leave the church property. They are guided by a French Canadian “Frenchie” (Jonas Bloquet) who discovered the hanged body of one of the nuns.

Burke is haunted by the failed exorcism of a young boy in his past. The locals are acting weird. And Frenchie, well he’s a bit of a mess on his own. Irene has her work cut out for her if she is to help Burke face down The Nun and keep the demon bottled up in the bowels of the church. Fortunately she was picked for her unexpected visions, and it may be that her psychic powers will save the day. 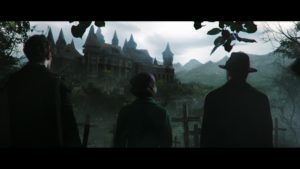 The Nun has had notable theatrical success with over $300m in domestic box office. I come to the film with no history having watched the others in the series, as I suspect many viewers will. It’s a bit incoherent in its plot and it’s obvious from the start that Irene will not be successful in stopping the demon nun’s escape as she’ll have to somehow get from Romania to America for the events in The Conjuring films. That’s not to say it isn’t entertaining, it absolutely is, in the way that cocktail peanuts are food. It’s light entertainment backed by numerous jump scares, Gothic architecture, twists and turns, and and ending that isn’t initially what it seems.

The Nun is beautifully shot on location in Romania and Transylvania, with exquisite care taken to wring all it possibly can out of rugged landscapes and spooky crypts alike. Don’t try to make sense of the plot, but enjoy the jump scares, twisted sisters, and live burials and you’ll have a good time. Repeat after me: Willing suspension of disbelief. 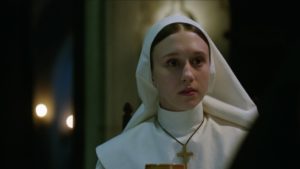 Shot on Arri Alexa and presented in 4K UHD with HDR10 HDR, The Nun nails a creepy look with a ton of shadow detail and negligible noise and grain despite being predominantly filmed in very dark spaces. Close ups reveal a ton of texture in faces and clothes and the HDR is effective in highlighting glowing candles and supernatural highlights. Thumbs up all around for IQ. 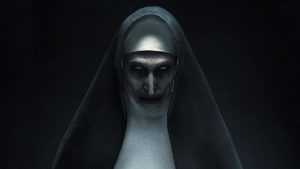 The Nun has a Dolby Atmos track that is a LOT of fun but somehow it defaults to DTS HDMA. Wraaaa! Make sure you click over in the menus before watching. Creepy crawlies come out of every corner and there’s good height detail in the scenes where the demon nun itself is present. There’s sparse but well done atmospheric music with throat chants and deep resonance throughout too. It’s not the most active of tracks and there’s not a lot of sustained rumbles, but when the action calls for it, it’s well done. 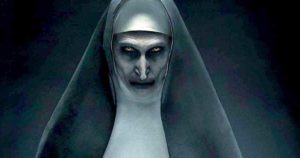 The Conjuring Chronology – shows how The Nun fits in with the Conjuring and Annabelle timeline, welcome for noobs like me

All special features are on the Bluray only, in 1080p. This pack also includes a Digital Copy that I see can be viewed in Dolby Vision.

As someone new to the Conjuring series, The Nun piqued my interest a bit, and I may have to grab the other 4 to catch up. It’s certainly a bit discombobulated plot wise but it reminds me a lot of a lot of classic horror films from the 50s and 60s, where they really pushed the European landmarks for their Gothic influence. Think Hammer Films or Vincent Price. More like that please! As a character I wasn’t too spooked by the Demon Nun herself, but I get that the religious figure turned bad has a serious duality that freaks some people out. I’m not sold on it being a new icon of modern horror, but it definitely is unique. 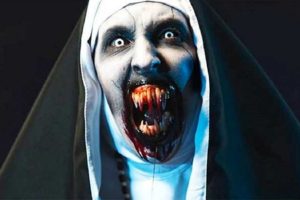 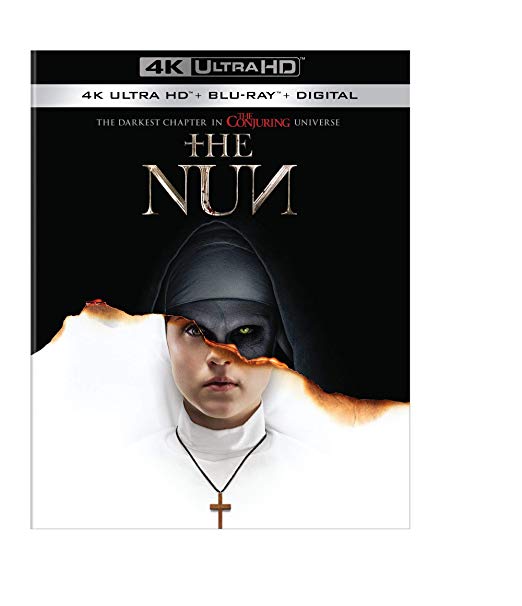