Forum List What's new Dark Style Change width
Log in Register
What's new Search
Menu
Log in
Register
Navigation
Install the app
More options
Dark Style
Close Menu
Posted on June 6, 2019 by Todd Erwin
You are using an out of date browser. It may not display this or other websites correctly.
You should upgrade or use an alternative browser.
Another UHD Home Run for Sony 4.5 Stars

To celebrate the film’s 35th anniversary, Sony has released Barry Levinson’s The Natural on 4K UHD Blu-ray in a transfer that is vastly superior to the previous Blu-ray release from 2010.

As far as baseball movies go, Barry Levinson’s The Natural is at or near the top of most movie fans lists. This was only Levinson’s second film (after his debut Diner), having worked previously as part of Mel Brooks’ writing team. It is one of those movies that truly gets everything right, as if the stars were perfectly aligned – a terrific screenplay by Roger Towne and Phil Dusenberry that loosely adapts the novel by Bernard Malamud, gorgeous cinematography by Caleb Deschanel (The Right Stuff, The Black Stallion), a signature score by Randy Newman, and a terrific cast including Robert Redford, Robert Duvall, Glenn Close, Kim Basinger,  Wilford Brimley, Barbara Hershey, Robert Prosky, Richard Farnsworth, Joe Don Baker, Michael Madsen, and an uncredited Darren McGavin.

Redford plays Roy Hobbs, a young farm boy who is scouted by the Chicago Cubs fresh out of high school only to meet a serial killer (Hershey) on his way to the windy city after striking out “The Whammer” (Joe Don Baker). Fifteen years later, Roy (now middle-aged) is signed as a rookie to the Brooklyn Knights, much to the dismay of team manager and co-owner Pop Fisher (Brimley). Assistant manager Red (Farnsworth) explains to Roy that Pop fell on some hard times and sold his interest in the team to The Judge (Prosky), with the condition that he can get those shares back if the last place Knights make it to this year’s World Series, and that Pop believes that Roy was recruited by The Judge to help keep that from happening. As the movie unfolds, we begin to see the corruption at the top, as The Judge is in cahoots with bookie Gus Sands (McGavin), using every means necessary to make sure The Knights remain a losing team, including using starlet Memo Paris (Basinger) as a sexual distraction to Bump Bailey (Madsen) and later Roy. Robert Duvall plays sleazy sports reporter Max Mercy, and Glenn Close as Roy’s childhood sweetheart. The Natural is a fable of a man who may have made some questionable choices early in life, but eventually redeems himself (although, controversially, Malamud’s book ends differently). Sony has included both the Theatrical Cut and a Director’s Cut (previously only available on the 2007 DVD release), which runs about eight minutes longer with the main difference being a reworking of the first act as Roy revisits his childhood home and reflects on the flashbacks seen in the original theatrical cut.

Sony continues to show what the 4K UHD Blu-ray format can offer older films from its vast catalog with this release of The Natural. The film was never quite the eye candy that some videophiles drool over (Blade Runner), but Caleb Deschanel’s cinematography is gorgeous in its design, be it the farmlands of Illinois, pre-World War II Chicago and New York, or the greens and browns of the baseball stadiums. Sony’s 2160p HEVC-encoded transfer, with assistance from HDR10 high dynamic range, bring some new life to The Natural, which makes the previous Blu-ray release appear flat in comparison. Shades of whites and blacks play an important part in Roy’s life, and the improved contrast makes that even more apparent. Blacks are deep and inky, with excellent shadow detail. Colors are more stable and, well, natural, than on the previous release, and much more saturated, too. Detail is also excellent, showing off the frayed textures in the Knights uniforms and street clothes, the deteriorated state of Knights Field (peeling paint and dried out dugout benches), etc. HDR has been applied with respect to the film’s original cinematography and theatrical presentation.

The Natural was released theatrically in 1984 with a Dolby Stereo soundtrack, and later re-mixed for 5.1 for its DVD release. For this 4K UHD Blu-ray release, Sony has remixed the film again, this time in Dolby Atmos. The results offer a much wider and more immersive listening experience, but not necessarily one that most would use to demo their sound system. Sounds move more seamlessly around the room where necessary, with heights implored mostly for atmospheric effect, such as crowd noise, rain, or thunder. Randy Newman’s signature score swells all around you during its more emotional moments. Bass response is excellent, adding a nice lower end to locomotives and thunder, for example. Dialogue is clear and understandable throughout. DTS-HD Master Audio 5.1 and 2.0 tracks have been included.

This two-disc set consists of one UHD disc with both the Theatrical and Director’s cuts, plus the 2010 Blu-ray edition which includes the bulk of the special features.

I had a promotional credit at Amazon and used it toward 'The Natural' 4K today. It will be here tomorrow, I look forward watching it this weekend. We're hosting a movie night in the Booth Bijou Garage Theater on Sunday but we aren't 4K in there (yet). I'll have to "suffer" and watch 'The Natural' on our 75" Sony 940E.

The Natural. The best!!
E

Watched this film for the first time last night. I knew it was for me when the review came up here and I saw Robert Redford in baseball gear so I snapped up the Blu-Ray without a second thought. Loved it. It's not only a very good sport film, it's also a very good film about the human condition.

It was also nice to see a couple of actors I thought were great but hadn't seen around much. The surveillance guy from The Firm and the town sheriff from Misery were the senior coaches of the baseball team.

English Invader said:
Watched this film for the first time last night. I knew it was for me when the review came up here and I saw Robert Redford in baseball gear so I snapped up the Blu-Ray without a second thought. Loved it. It's not only a very good sport film, it's also a very good film about the human condition.

It was also nice to see a couple of actors I thought were great but hadn't seen around much. The surveillance guy from The Firm and the town sheriff from Misery were the senior coaches of the baseball team.

It’s amazing. Fantastic everything. Music is great too. 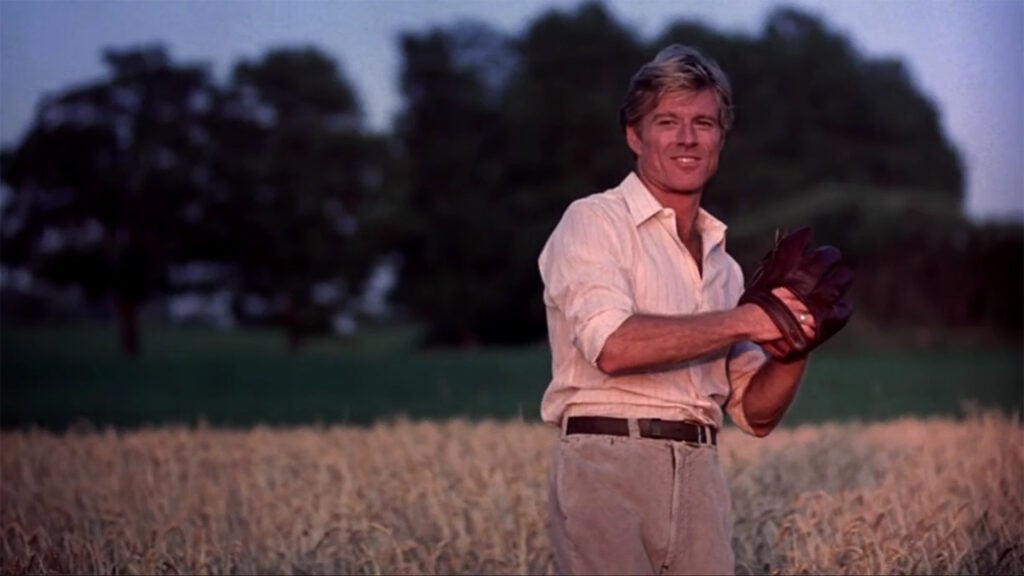 I have this Movie on Laser Disc.And DVD. Looking to get the 4K deal soon.
You must log in or register to reply here. 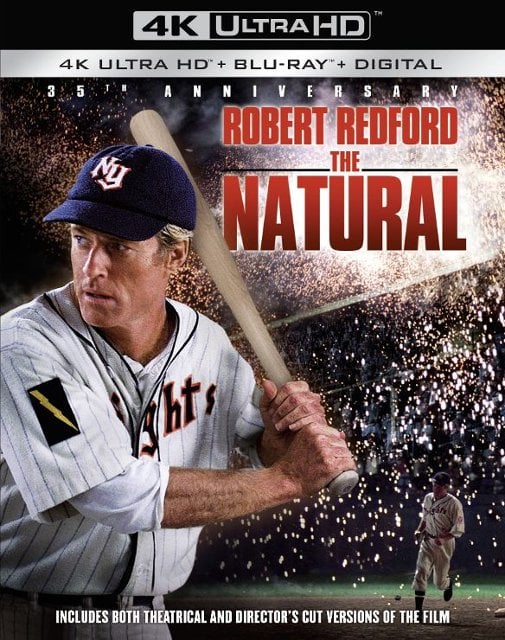