By the 1940’s, Billy Wilder had already established himself in Hollywood as a successful screenwriter, but had expressed issues with the way his scripts were being handled by other directors (Hold Back the Dawn being one example). Hoping for a chance to direct in order to maintain control of what he wrote, he got just that with The Major and the Minor, a comedy that would launch his directorial career and help him rise to even greater heights. Previously released on DVD by Universal, Arrow has licensed the film for their Academy line and given the movie its Blu-ray debut.

After spending so much time in New York and having nearly every man make a pass at her – the latest being a client for a scalp massage – Susan Applegate (Ginger Rogers) decides to head home for Stevenson, Iowa. However, being unable to afford a ticket home on the train due to a rate increase, Susan gets the idea of passing herself off as a 12 year old in order to get the half fare ticket. This begins a series of events that leads her to Major Philip Kirby (Ray Milland) as well as the military academy where he teaches, where Susan’s masquerade may just be exposed!

The launching point of a distinguished directorial career, The Major and the Minor came to establish Billy Wilder as well as a few of the themes that would mark his works. At the outset, one can see the correlations between this film and Wilder’s magnum opus of comedy, Some Like it Hot, in the sense that both films dealt with the masquerade as a major plot device. Here, Wilder and screenwriter Charles Brackett manage to handle the idea of a grown woman masquerading as a kid with respect and humor at the same time; in lesser hands, this would not have been the case and could’ve been very incendiary. Again, the blend of the cynical and the comedic would be very apparent here, just like it would be in another Wilder masterpiece, The Apartment; several of these traits were already apparent in his screenplays – they would come into full bloom once Wilder got the chance to direct his own scripts. Though it may be overlooked in the greater oeuvre of his career, The Major and the Minor is an assured directorial debut for Wilder that’s still humorous and entertaining more than seventy five years after it first premiered.

In one of her best post-Astaire roles, Ginger Rogers manages to deliver a great comic performance as Susan; she even gets a chance to dance in the academy ball scene, reminding audiences back then of her prowess in that regard. Ray Milland is charming as the major who’s oblivious to the charade Susan’s playing; it ranks among his best performances. Rita Johnson – better known for her turn as the scheming wife of a dead millionaire in Here Comes Mr. Jordan (1941) – has a nice turn as the suspicious fiancée of Major Kirby; humorist Robert Benchley has an amusing turn as a former customer of Susan’s who happens to catch on to her façade at a crucial moment. Other notable performances include Diana Lynn as the younger sister of Major Kirby’s fiancée, Edward Fielding as Major Kirby’s commanding officer, Norma Varden as the wife of Susan’s scalp massage customer, Stanley Andrews and Emory Parnell as a pair of suspicious train conductors, Tom Dugan as the con man who helps Susan get her half fare ticket, and Lela Rogers (Ginger’s real life mother) as Susan’s mother.

The film is presented in its original 1:37:1 aspect ratio for this release; the HD transfer was taken from a 2K scan of the original 35mm camera negative. Film grain is sturdy and organic throughout with fine details and the greyscale rendered faithfully as well. There’s very minor instances of fading, speckling, dirt, or scratches present throughout the film, which makes this likely the best the movie will ever look on home video, easily surpassing the previous Universal DVD.

The original mono soundtrack is presented on a PCM 1.0 track for this release. Dialogue is strong and clear throughout, with sound effects and Robert Emmett Dolan background score (with stock music by Walter Scharf and Andrea Setaro utilized as well) given solid clarity and fidelity without being intrusive on each other. Instances of crackling, popping, distortion or dropout in quality is next to none, which means that this is likely the best the movie will ever sound on home video.

Commentary by film scholar Adrian Martin – In this newly recorded commentary, Martin goes over the film and its themes as well as some connections between the movie and Billy Wilder’s later efforts.

Half Fare Please! (30:43) – Film critic Neil Sinyard dissects the themes and connections that the movie makes; this filmed appreciation does cover some of the same territory Adrian Martin covers in his commentary but does add some tidbits (like the longtime screenwriting collaboration between Wilder and Charles Brackett) not covered in the commentary.

Archival interview with actor Ray Milland (29:51) – In this 1975 audio interview, the actor talks about his early days in show business as well as some of his favorite memories and how filmmaking back then compared to the standards of the modern day (relative to the time this interview was conducted).

Lux Radio Theatre Adaptation (59:38) – An audio only bonus from 1943, with Ginger Rogers, Ray Milland and Lela Rogers reprising their roles from the movie and presented by Cecil B. DeMille; other notable cast members here include Joan Lorring and Arthur Q. Bryan.

The lone casualty in special features here is an introduction by longtime TCM host Robert Osborne that was on the previous Universal DVD.

As the starting point of a distinguished directorial career, The Major and the Minor helped to establish Billy Wilder and remains a delightfully screwy comedy. Arrow should be highly commended for their release of the movie with high marks for both audio and visual presentation as well as a great offering of special features. An easy upgrade from the previous DVD and highly recommended.

Thanks for the comprehensive review of one of my all-time favourite movies. I have the disc here ... just waiting for one of my children to visit so they can also revisit a family favourite.
Reactions: Danny Burk, Randy_M, Will Krupp and 1 other person 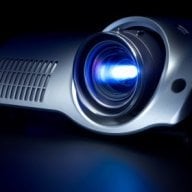 Thanks for the review, this is one of my favorites as well. Just watched it and once again, I find myself staring at Diana Lynn in every scene she's in. 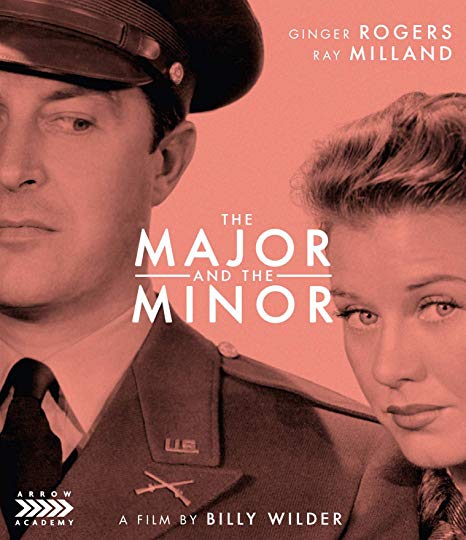