It’s Christmas Eve of 1183, and aging monarch Henry the second (Peter O’Toole) releases his wife Eleanor of Aquitane (Katharine Hepburn) to meet with France’s Prince Philip the second (newcomer Timothy Dalton). Henry also needs her to help plot out which of their 3 sons will inherit his kingdom. Henry pushes for dopey 3rd son John (Nigel Terry) while Eleanor favors first born Richard (the Lionhearted) (also a newcomer, Anthony Hopkins). Both are fearful of the scheming middle child Geoffrey (John Castle). Playing the wild card is Richard’s betrothed, Alais (Jane Merrow).
Henry is well aware of the perils this decision entails, with each losing participant capable of colluding with both landed Eleanor, whose Aquitane is a key strategic property, and with Philip, as France has historically been both friend and foe. Henry is further aware of the parallels he shares with Shakespearean tragedies, King Lear in particular.
Based on James Goldman’s Broadway production of the same name, Goldman rewrote the script for the screen. The plot is a marvel of deft negotiations, backstabbing, potentially front stabbing, and the unravelling of multiple layers of family secrets that continually threaten to drive right in to tragedy. Somehow tragedy never seems to keep strike while bouncing between comedy and drama.

I went in to Lion in Winter expecting many parallels to Ran, Akira Kurosawa’s classic reinterpretation of King Lear, as set in feudal Japan.  What I found was more akin to dramatic palace intrigue rather than fisticuffs and blood. This is not to say I disliked the film, far from it.  Henry’s braggadocio and charm while interacting with the other players is simply magnetic.  His love/hate with Eleanor, adoration of Alais, unquestioning support of John and contempt for Richard and Geoffrey show the many concerns that the king must navigate, and housing his frenemy Philip is like him keeping a caged snake in the house.

Lion in Winter is at its best in every negotiation.  Each has just the right level of tension, and in every one some little piece of information ratchets up the stakes while another threatens to bring everything crashing down around it should another party learn it.  I admit that my familiarity with O’Toole’s filmography is not as deep as it could be, book-ended by Lawrence of Arabia and Ratatouille (heh), but his ability to infuse his hateful statements about his family with gusto and a broad smile tells me all I need to know: he’s simply brilliant in tackling dialogue.

I do admit to a bit of confusion at the conclusion of the film.  With so much foreshadowing of tragedy it’s a bit unsettling for it to end in an almost convivial way.  Worse, Henry never actually makes his decision in the film.  John’s future ascension to king and Richard doing so later down the road are not even hinted at.  The fates of Alais and Eleanor are left out as well.  Vexing!  Was it to satisfy audience expectations or simply Goldman’s style?  Either way, it felt just a smidge incomplete to me.

Kino bills this transfer as having been the result of a 2016 4K scan, but there is much speculation on our own forum and around the web that a superior one was done at a later date.  I can’t make any guesses to the truth of that, nor do I have any previous releases to judge by.  All I can tell you is what I am seeing, and that is a very pleasing transfer of a 50+ year old film.  There are a few scenes where film grain is particularly noteworthy when viewed at 120″ and upconverted to faux-4k via my projector, but they never distracted me nor seemed out of place given the provenance under which it was captured.  Our own RAH noted being distracted by some motion in the capture, but I never saw that myself.  I WAS surprised at the volume of in-camera zoom shots tho.  This seemed odd, almost like it was a new technology at the time of filming, and the director was tempted to show it off more than we have been accustomed to.
Overall the colors were bright and well balanced, there was terrific detail in the amazing costumes and facial expressions, and a 50 year old film looked better than it ever did projected.  Can it get better?  Probably, but this is no reason to hold off on this release.

Kino Lorber has confirmed that their new 5.1 is derived from 2.0 monaural.  Forum members have argued whether there is any actual stereo seperation, it sounded like there was a bit of it in the musical capture but none in the voicing to me.  Either way it wasn’t remastered for true 5.1 and THAT’S OK.  It’s period accurate and sound great.  The dialog is the star here, it is captured accurately and, as the sole special feature noted, at time of capture with very little looping.  There is a single scene where Henry starts his lines about 20 feet deep in the set that sounds a bit low and echo-ey, but this is fixed in short order as he comes to front of stage.  That’s my sole complaint.

In addition to a new Director’s Commentary, there’s a half dozen trailers and a single interview with the sound recording engineer.  That clip is great and gives a bit of flavor for the feel of the filming, but it’s really not enough to honor a film this well liked.  Sad.

Overall I’m glad to have finally caught this film.  It features masterful performances from O’Toole and Hepburn and even Dalton and Hopkins are first rate in their premiere roles.  It’s almost too much to envision the two of them that young.

It’s easy to see the influence of Lear on Lion, and it’s just as easy to spot things that have been influenced themselves by Lion.  In particular you can taste some of the verbal poison in the interaction of Game Of Thrones Lannister family, and although I’ve only seen a few episodes of Empire you see a blueprint there.  Empire’s main family is Lyon after all!

While my expectations for tragedy were not met, I still found a ton to love in this release.

It should be noted that the film received three Academy Awards for Best Actress (Hepburn), Best Adapted Screenplay (Goldman) and Best Music Score John Barry. Surprised no mention of him in your review.

The late 60's and early 70's were big on the zoom lens. Check out THE OMEGA MAN, citing one that comes right to mind.

Your review is excellent but I would add a bit to your rating of the special features -- there is also a director commentary track.
Reactions: Peter Keller and Sam Posten 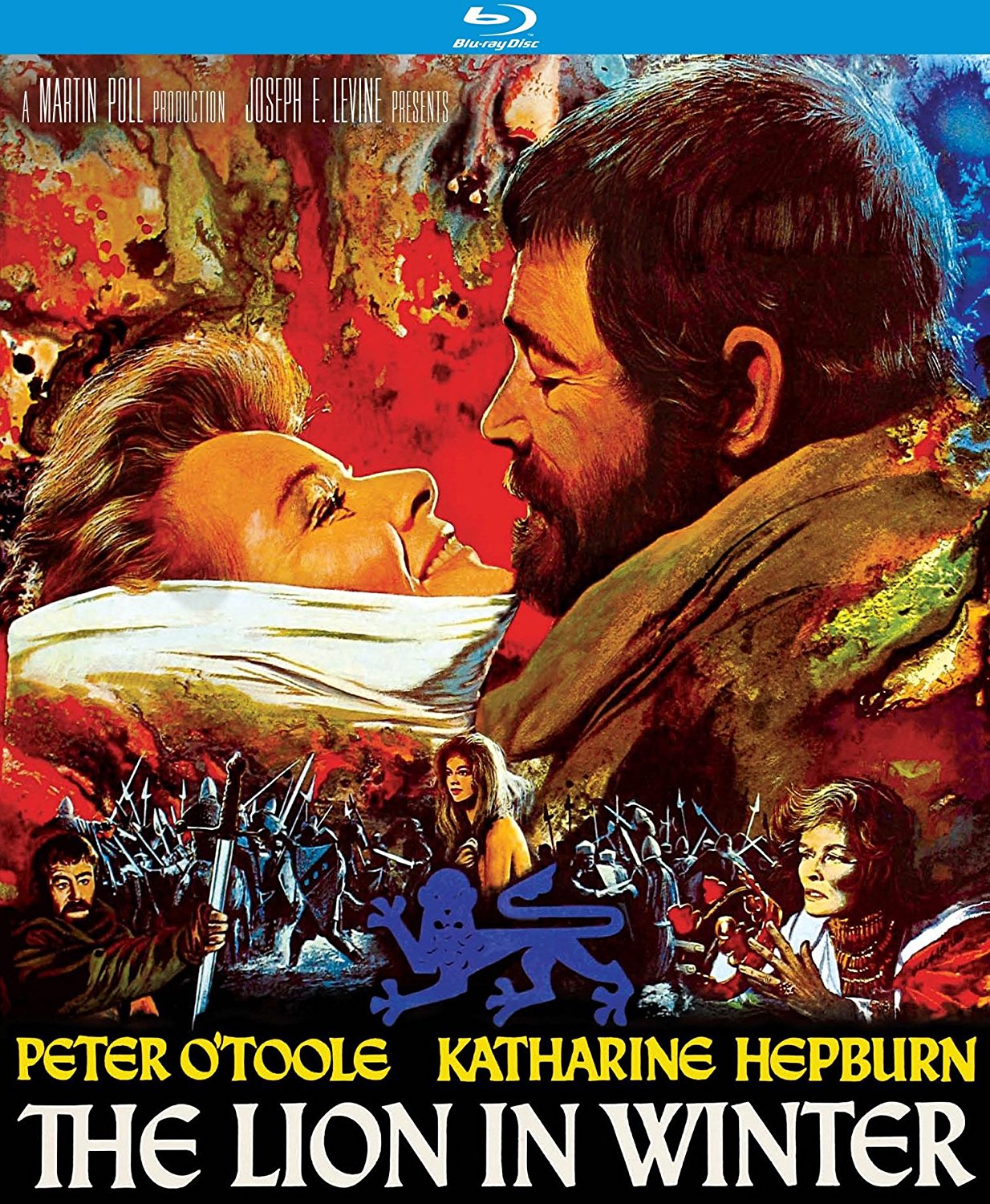