The turning point in Charlie Chaplin's film career is a must-see. 4.5 Stars

After many years of cranking out hilarious two-reel comedies that had made him the most popular film star in the world, Charlie Chaplin felt sufficiently inspired to direct his first feature film which was released in 1921 as The Kid.

After many years of cranking out hilarious two-reel comedies that had made him the most popular film star in the world, Charlie Chaplin felt sufficiently inspired to direct his first feature film which was released in 1921 as The Kid. A defter mix of comedy and pathos than he had been able to manage in his shorts, The Kid combined many elements that played to Chaplin’s strengths while also offering terrific opportunities for several other actors in the company and forcing Chaplin to become more cinematic with his direction which would reap great dividends in the years to come.

A depressed and penniless unwed mother (Edna Purviance) decides to leave her newborn on the car seat of a luxury vehicle with a note hoping the baby will be tended to with love and care, but the car is stolen by two thugs and the baby dumped in the nearest alley where it’s happened upon by a tramp (Charlie Chaplin) who decides to honor the mother’s request and raise the child himself. Five years pass, and the young boy John (Jackie Coogan) and his makeshift father work together scaring up work for him as a glass replacement artist. A meddlesome doctor (Jules Hanft) believes the child isn’t receiving proper care from the tramp and brings in a social worker to remove the child to an orphan asylum, but the tramp isn’t standing for any of that. Meanwhile, in the intervening years, the boy’s mother has become wealthy and famous in show business and in the midst of her charity work assisting struggling women with children, she comes to learn that one of the neighborhood children is actually her son.

Chaplin’s story is written in such a way that it includes opportunities for the Little Tramp to face off against his usual foes his audience would be expecting from the two-reel comedies: bullies, policemen, and politicos. All of these provide plenty of merriment in set pieces where Charlie or the young boy come up against and conquer their enemies. But woven through the scenario are constant displays, in both comic and serious motifs, of yearning love and devotion from both the boy’s real parent and her inevitable surrogate. The domestic scenes with the two bachelors living their day-to-day lives provide continual chuckles as Charlie creates improvised baby supplies and later serves enormous portions of food larger than the child who’ll be eating them. There are also the window smashing and repair business, a couple of street brawls involving father and son, and a climactic dream sequence set in heaven (not Chaplin’s most inspired idea) where the Tramp is reunited with his son who had been abducted during a night in a flophouse. Chaplin’s direction shows serious strides toward maturity in The Kid especially in the lengthy sequence where the child is taken by the social worker and the Tramp moves heaven and earth to get him back including a frantic chase across rooftops which is quite unique in the Chaplin oeuvre with the sequence ending in both tears and laughter.

The rapport between Chaplin and Jackie Coogan seems so genuinely loving and life affirming that all of their scenes together play as a total joy, even the tear-drenched ones. It’s a real showcase for the young Coogan who was six at the time of filming but handles the work without a trace of affectation or artificiality. Chaplin, of course, brings his poetic grace and dexterity to everything he does being especially memorable facing up to the bully and milking wonderful gags like turning a hole-ridden bedcover into a lounging poncho by making it something effortless. The movie offers a more serious role for Chaplin stock company leading lady Edna Purviance which she handles quite well even though her performance in this 1972 Chaplin revision is robbed of three scenes which made her character more important in the scheme of the original 1921 film. Jackie Coogan’s father is given a very funny bit in the flophouse sequence as a wily pickpocket frisking the Tramp as he readies for bed, and Chaplin regular Henry Bergman assists in a couple of notable cameo parts. The young woman who would later become Chaplin’s second wife Lita Grey is also introduced to films as a flirtatious angel in the Heavenland sequence of the picture.

The film’s original 1.33:1 theatrical aspect ratio is presented in 1080p resolution using the AVC codec. It is simply amazing that a 1921 film could look so sharp and detailed as it comes to within five years of its centenary.  The grayscale is wonderfully appealing with its rich black levels and pure whites (those angel wings are things of beauty). There’s just a bit of spotting on a couple of inserts, but apart from that, the film looks pristine. The movie has been divided into 14 chapters.

Chaplin’s score composed with Eric James for the film’s 1972 reissue is presented in PCM 1.0 (1.1 Mbps) with occasional sound effects also added. With many of the haunting themes here that would be used in several Chaplin biographies and retrospectives, the sound is simply splendid throughout (though the 5.1 remix used on one of the previous MK2 Chaplin DVD releases of The Kid is missing). No age-related artifacts like hiss or crackle mar the listening experience.

Audio Commentary: a very worthwhile and informative analysis of the film and its creator’s personal and professional life during its making is provided by Chaplin historian Charles Maland.

Jackie Coogan Interview (11:04, HD): a 1980 interview with the actor as he relates the story of his discovery by Chaplin and his rapport with him through the film’s production.

Lita Grey Chaplin Interview (9:59, HD): the second Mrs. Charlie Chaplin speaks briefly about her career on stage and in films and her life with and without Charlie.

Rollie Totheroh Interview (7:47): in this audio-only recollection, Chaplin’s cinematographer relates the frantic story of rescuing the negative for The Kid which the studio was afraid would be seized by officials during the nasty divorce between Chaplin and his then-wife Mildred Davis.

Mo Rothman Interview (9:41): the distributor responsible for the reissues of Chaplin’s features in the 1970s recalls what it was like working with the temperamental genius.

A Study in Undercranking (25:09, HD): silent screen specialist Ben Model discusses the use of undercranking the camera in the making of silent comedy, a technique that greatly aided the silent clowns in achieving some of their most inspired and effective gags. This features lots of clips from films featuring Chaplin, Keaton, and Lloyd.

Chaplin Conducts The Kid (2:08, HD): a brief film clip of Charlie in a recording studio in 1971 conducting a bit of his score for The Kid.

Deleted Scenes (7:21, HD): the three scenes featuring Edna Purviance which were eliminated by Chaplin in his 1972 reedit of the movie.

Altered Titles (6:11, HD): a comparison of the original title and intertitle sequences with their 1972 counterparts.

Charlie on the Ocean (3:59, HD): newsreel footage of Chaplin on his 1921 European visit to London, Paris, and Berlin.

Nice and Friendly (10:52, HD): a 1922 improvised short filmed as a wedding gift for Lord and Lady Mountbatten featuring Chaplin and Coogan in bits.

Theatrical Trailers (3:20, 5:00, HD): The Kid and The Idle Class in a double feature along with German and Dutch trailers for The Kid.

Enclosed Pamphlet: contains cast and crew lists, information on the video and audio transfers, and film professor Tom Gunning’s analysis of The Kid.

One of the most important films in Chaplin’s movie career where he began his move away from short comedies toward features which mixed comedy and drama in unique combinations, The Kid is certainly a must-see delight. Criterion’s Blu-ray presentation is beautiful and chocked full of interesting bonus material. Highly recommended!

Wouldn't call myself a huge Chaplin fan, but this film really melted my heart. It is a must buy!

I can't watch even an excerpt of this film without waterworks flowing. Coogan gets to me every time.

As to undercranking, it was used for far more than comedy.

You'll find examples in chases, as well as a personal favorite, the ability to add that bit of extra dexterity and bounce, to Mr. Fairbanks action sequences.

RAH
Expand signature
"All men dream: but not equally. Those who dream by night in the dusty recesses of their minds wake in the day to find that it was vanity: but the dreamers of the day are dangerous men, for they may act their dreams with open eyes, to make it possible. This I did." T.E. Lawrence
Reactions: Matt Hough

As to undercranking, it was used for far more than comedy.

You'll find examples in chases, as well as a personal favorite, the ability to add that bit of extra dexterity and bounce, to Mr. Fairbanks action sequences.

Yes, Mr. Model does mention Fairbanks' use of the technique of undercranking though the emphasis of the bonus feature in question is with its use to add zip to comedy staging and timing.
You must log in or register to reply here.
Share:
Facebook Twitter Reddit Pinterest Tumblr WhatsApp Email Link 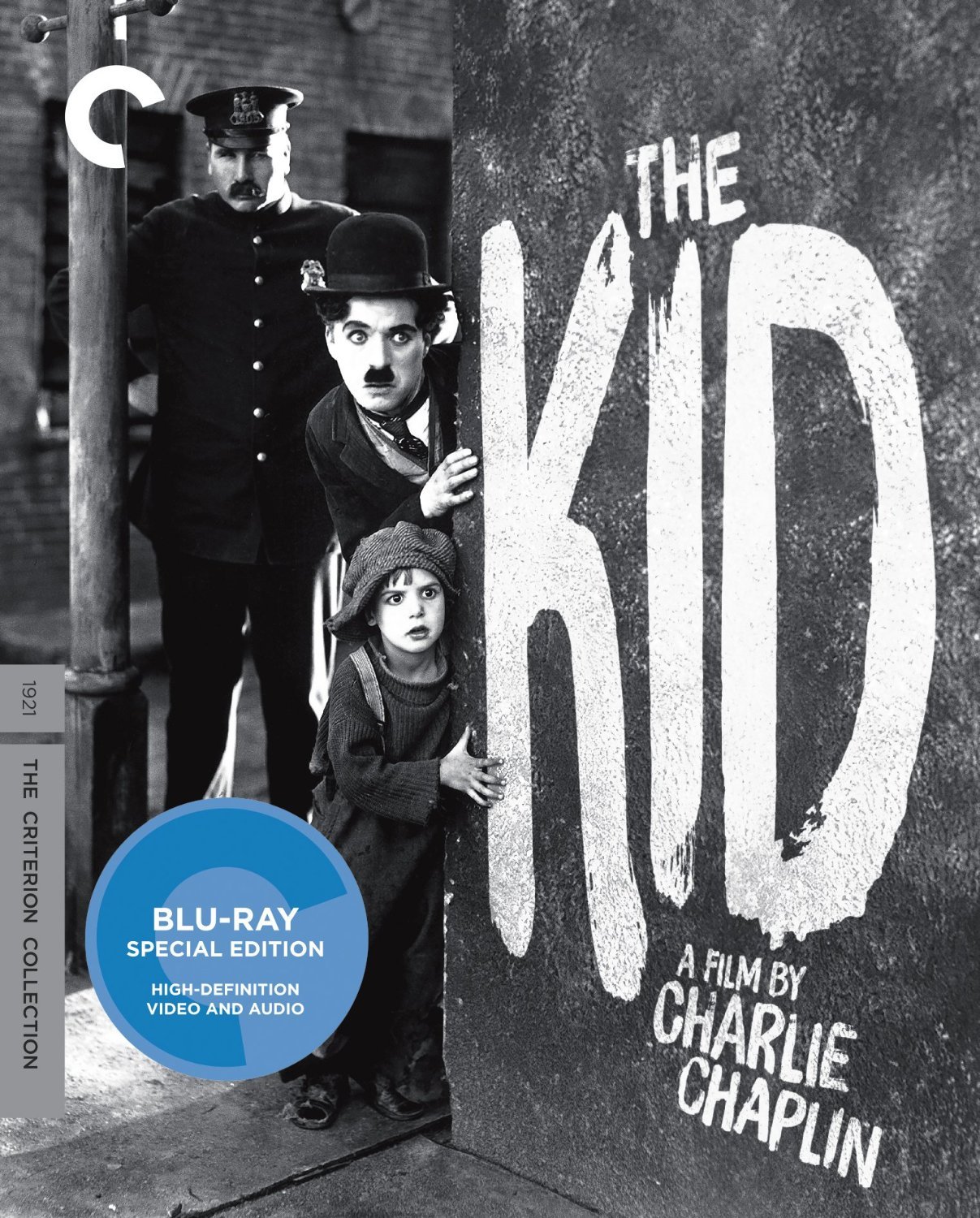