Forum List What's new Dark Style Change width
Log in Register
What's new Search
Menu
Log in
Register
Navigation
Install the app
More options
Dark Style
Close Menu
Posted on May 9, 2018 by Kevin Collins
You are using an out of date browser. It may not display this or other websites correctly.
You should upgrade or use an alternative browser.

After a long wait, it looks like we are finally getting a Region 1 release of The High Chaparral:

Looking forward to this one, I hope that Shout! will follow through and release all four seasons. Just pre-ordered this one. Been on my list a long time.

Ooh, all over this sucker. A very good late period western series, with a strong cast...have been waiting for this for a long time. $25 retail is a pretty good price for 28 episodes.

I know this has been released before on Region 2 DVD in Europe (Germany, I believe). Does anyone here know how good the transfers were on those earlier releases? I hope Shout got some decent prints for this set. A lot of this series was shot in Arizona, with some good location work, and should look very nice if treated well.

Nice to see that even in the post-Timeless era , Shout Factory is issuing classic westerns . Usually when SF starts releasing a show they complete it .

LouA said:
Nice to see that even in the post-Timeless era , Shout Factory is issuing classic westerns . Usually when SF starts releasing a show they complete it .
Click to expand...

They did with Hart to Hart, and also with Barney Miller.

THE HIGH CHAPARRAL is being shown on Heroes and Icons and the prints are gorgeous.

I have the R2 Soul Media (Sweden) complete series release of High Chaparral and they do indeed look beautiful...I agree that the Amazon pre-order price of $24.97 is very attractive for season one https://www.amazon.com/High-Chaparr...qid=1525398205&sr=1-7&keywords=high+chaparral , and hopefully sales for this encourage Shout to follow on with the rest of the series as fast as possible...just as a reference, the source prints for High Chaparral are considerably better (with truly vibrant color like The Virginian) than those found on Shout's releases of Big Valley, though those look pretty good too.

I agree, it's a very good western, and sometimes brilliant on occasions. With so many of the period's great guest stars. Cameron Mitchell is one of those under rated actors. Leif Erickson, Don Collier and Mark Slade are solid. And Linda Christian, Henry Darrow and Frank Silvera represent a consistently sympathetic portrayal of the old Spanish Desert SW. Along with a balanced and often sympathetic portrayal of Apache, Navajo characters too. For me, another great virtue is the location shooting at Old Tucson, Coronado, Santa Rita, Oro Valley, Superstition and Cochise. It has the same dusty and sweaty authenticity of Rawhide because of that. (although Rawhide is superior IMHO).

There are quite a few episodes on Youtube, sourced mostly from old Hallmark channel broadcasts. This one here, I believe, is taken from an R2 PAL source. Season 2 Ep 10, "The Buffalo Soldiers" with Yaphet Kotto and Morgan Woodward. Slightly lower res in the uploading, but it at least gives you an idea of the vibrant and unfaded colors of the source film elements. And also the sometimes grand, cinema scale of action sequences on the show. This episode had a much larger cast and extras than usual. But Old Tucson was a movie factory in those days, with tremendous resources to film Westerns. David Dortort of Bonanza was one of the producers of High Chaparral...And. of course, with great David Rose music! 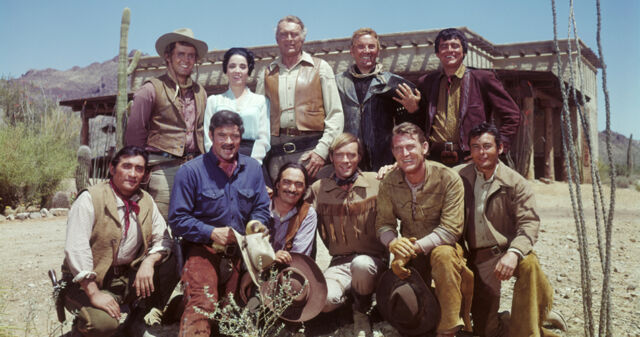 Well, with all the stalling of Gunsmoke and Bonanza, this is a bit of good news. I always found HC to have some excellent writing and characters on it. Does anybody hope that there'll be extras? Darrow and Linda are still alive, and I believe the actor who played the youngest son might be also.

It would be nice if there was some material contrasting HC with Mr. Dortoff's earlier effort, Bonanza.

Great news I have been waiting for this one forever. I hope they are re-mastered like the other CBS Westerns and not the usual low standard Shout has for their TV westerns with a few exceptions.
L

Looking forward to this series. Used to tape it off the old Family Channel in the Mid 90s.

I've heard of this show but have never seen an episode. I'm looking forward to this, since I've heard good things about it.

Will pick this up .

I loved this show growing up. I've always thought that if TV Western's ever make a return, this would be a great candidate for a reboot.
B

anyone got this yet?or any reviews anywhere,would like to know the quality before i commit to ordering.

Mine is scheduled for delivery today . Will post thoughts soon.

Got mine. Looked at the extras first, and haven't seen the episodes yet. The extras are fine, but I hope they continue with more in future volumes. One talks with surviving tv western stars (Robert Fuller, James Drury) about what it was like to work on them at the time. Very enlightening, but I want more, and sadly no HC people. The second one was with Don Collier. Again very interesting, but he was having some breathing problems. Hopefully, Shout can dig up more interviews for volume 2,3, and 4. I remember hearing there was a tv western convention at some big city years ago, and they were able to get a patched telephone interview with Linda Crystal, who was/in Spain at the time. I hope somebody recorded and kept that.

I ordered my copy from Walmart and should be getting it and The Big Valley season two on Thursday.

Have watched the first two episodes (the pilot). Series does not look remastered but does look very good. I had forgotten about the arranged marriage taking place this early in the storyline. I did not remember the ongoing continuity concerning the father/son relationship. I will enjoy revisiting this one. I need to try and ration these so I can David them. Sure hope Shout will release all 4 seasons.
You must log in or register to reply here. 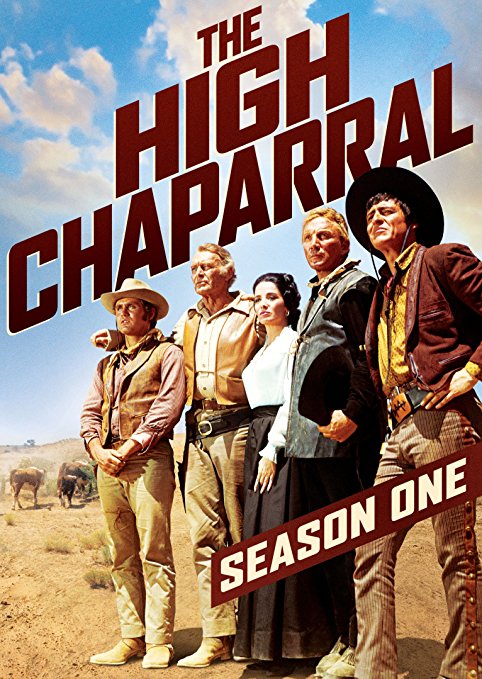