Another enjoyable chunk of Michener's book comes to the screen 3.5 Stars

James Michener’s mammoth novel Hawaii generated a moderately entertaining 1966 roadshow epic starring Julie Andrews, Max von Sydow, and Richard Harris, but the three hour film made only a dent in the sprawling story contained in the book. Four years after the original film came its sequel The Hawaiians, a more melodramatic and episodic continuation of additional material from the book.

James Michener’s mammoth novel Hawaii generated a moderately entertaining 1966 roadshow epic starring Julie Andrews, Max von Sydow, and Richard Harris, but the three hour film made only a dent in the sprawling story contained in the book. Four years after the original film came its sequel The Hawaiians, a more melodramatic and episodic continuation of material from the book. There is a much less of an epic feel to The Hawaiians, and its cast doesn’t quite possess the star power of the original film. Still, it’s an entertaining enough adventure yarn covering three generations of two families both inhabiting the turbulent tropical isle as it moved into the 20th century.

After the death of his grandfather on whom he was counting to gain a share of his shipping business, Whip Hoxworth (Charlton Heston) is cut out of all money inheritances and disengaged from the maritime trade. All he’s given is several thousand acres of what seems to be worthless land. He trusts an alcoholic water diviner to find water on the grounds, and when he does, Whip finds that the land will support crops. With the help of Chinese immigrants Nyuk Tsin (Tina Chen) and Mun Ki (Mako), whom he allows to live on his property, he is able to begin a pineapple cultivation business that makes him a very wealthy man. But times are rapidly changing in Hawaii as Queen Liliuokalani (Naomi Stevens) wants white men and their families banished right at the time when the United States is looking to annex the territory. Troubles with leprosy and plague bring additional problems to the nation as it enters the new century.

The parallel stories of the Hoxworths and the Kis are never less than interesting even when Oscar-winner James R. Webb’s screenplay jumps greater and greater spans of time as the movie progresses (very similar to his narrative approach to How the West Was Won): one minute Heston’s son is starting school and in the next scene he’s a teenager off on his first sea voyage as a sailor. Then, the next time we see him after that, he’s being played by John Phillip Law as a grown man (looking nothing like his teenaged self, by the way). But with such a vast book as a source, it’s understandable that chunks are of necessity plucked here and there from it for dramatic emphasis. The picking and dramatizing of these scenes just seem so abrupt, however, with nothing in the way of transitions to ease the flow of passing time. The film’s most serious flaw, however, is its singular lack of visual flair from director Tom Gries. Dealing with a story as enormous and richly inclusive as Giant, The Hawaiians should have been a feast for the eyes (especially given its tropical locale), but Gries doesn’t exploit his surroundings in the least, and the camerawork is usually plodding and dull. The film’s opening sequences aboard ship aren’t nearly the attention grabbers they need to be to draw us into the film early, and even a climactic fire sequence isn’t exploited for great drama or suspense. In fact, the only moment of any grace occurs when a plague-ravaged body is tossed off a cliff into the sea, the overhead camerawork allowing a gorgeous look at the awful majesty of those cliffs with their sheer drop into the Pacific Ocean.

Charlton Heston does his usual workmanlike job as the aggressive go-getter, and Geraldine Chaplin plays his wife who turns frigid after the birth of their child (the script giving her no motivation for her actions apart from suggesting she may be losing her mind thus leaving the actress to her own resources). The film’s true key player is Tina Chen as the Chinese stowaway affectionately known as Wu Chow’s Auntie who gives birth to six children and becomes a business genius running her extensive family like a well-oiled machine. The scene where she’s reunited with her children after an absence of many years is handled with subtle tenderness by the actress and is unquestionably the film’s best moment. Mako has some effective scenes as the man who only thinks he’s in control of his own destiny. Alec McCowen as Heston’s snake-like prig of a brother-in-law (who ultimately becomes the island’s first president) underplays the role quite beautifully. Naomi Stevens is an unfortunate choice to play the island’s Queen Liliuokalani. She’s a fine actress but no amount of tropical makeup will make her look native to the area. John Phillip Law, Chris Robinson, and Keye Luke all contribute respectable performances in their smaller roles.

Framed at its original Panavision theatrical aspect ratio of 2.35:1, the 1080p transfer (AVC codec) is often stunning in its sharpness and color reproduction. There is excellent detail seen in close-ups, and colors are rich without ever blooming while skin tones early-on tend to go a shade too red though generally speaking they appear natural. Lower lit scenes do get a trifle murky occasionally, and black levels aren’t as deep as they might have been. But the MGM engineers have cleaned up the film beautifully, and this transfer constitutes a major upgrade to the DVD-MOD which was previously available for this title. The movie has been divided into 24 chapters.

The DTS-HD Master Audio 1.0 sound mix offers a typical mono mix of its era. Dialogue has been beautifully recorded and has been blended smoothly with Henry Mancini’s background score and the atmospheric effects offering better than expected fidelity for this title (and much better than the DVD-MOD offered). There are no problems with age-related hiss, pops, or crackle.

The Hawaiians is not the equal of its predecessor, but on its own, it presents an entertaining enough melodrama with a handful of memorable characters. There are only 3,000 copies of this Blu-ray available. Those interested in purchasing it should go to either www.twilighttimemovies.com or www.screenarchives.com to see if product is still in stock. Information about the movie can also be found via Facebook at www.facebook.com/twilighttimemovies. 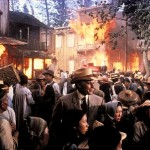 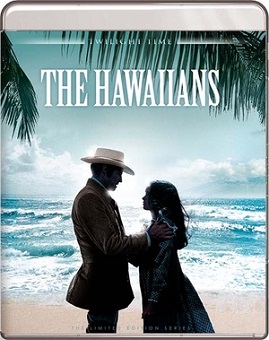