While there have been many cinematic excursions into the phenomenon of male mid-life crisis, Richard Brooks’ The Happy Ending is one of the few movies that focuses on a woman’s dissatisfaction with her place in life more than a decade into a happy marriage. It’s a coruscating examination of a women in crisis, often unpleasant to watch and sometimes more frustrating for what it doesn’t tell us than for what it does. But it offers outstanding performances, and if the framework of the film is a bit too self-consciously scattershot, everything in the end gets said that the writer-director intended to put forth.

Sixteen years into her marriage to workaholic Fred Wilson (John Forsythe), Mary Wilson (Jean Simmons) simply can’t cope with the disappointments and frustrations her marriage has brought to her. She longs to escape to Nassau for a few days to think through her life, but due to an excess of prescription medication and alcohol during the past year or so, her husband has canceled her credit cards and charge accounts. So, she must resort to pawning her jewelry to get a one-way ticket to the Bahamas where she runs into an old college friend Flo Harrigan (Shirley Jones), now on her fourth affair with a married man (this time, Lloyd Bridges) as his kept mistress. The two share personal stories of life in and out of marriage to the other while Mary weighs what she needs from life now in middle age with the overwhelming passion of youthful love now a distant memory.

Writer-director Richard Brooks has peppered his screenplay with often wry, occasionally devastating and even sometimes poisonous remarks and behavior about the marital state (given the time period of the late 1960s, it’s obvious these married couples in their set are doing some swinging), about the fierceness and fleetingness of love, and of the various kinds of power both men and women can wield in a relationship. These are connected to the vibrantly unhappy story of Mary Wilson whose early passionate nature clouded her judgment from the realities of real-life love and the cost of commitment. Because Brooks chooses to tell Mary’s story in a patchwork quilt of flashbacks and flashforwards, his underlying message of people growing and changing and adapting to new feelings and situations can sometimes be blunted. Individual scenes, though, can be quite powerful: Mary taken to the hospital after swallowing a bottle of Seconal washed down by vodka, two ugly scenes back-to-back where a drunken Mary buys $11,000 worth of luxurious clothes and when chastised by her husband does a sloppy striptease in the dressing room followed by an equally disturbing scene at the police station where Mary is humiliated by not being able to walk a straight line after a traffic dust-up. Brooks films these moments with an unflinching camera (Mary also passes out drunk on the beach in an evening gown and is propositioned by an obvious hustler (Bobby Darin billed as “Robert Darin”) before wising up to what he’s actually after), but there are joyous moments, too, as in the opening falling-in-love montages between Mary and Fred and the genuine, loving friendships shown between both Mary and her maid Agnes (Nanette Fabray) and Mary and her friend Flo.

Jean Simmons’ Oscar nomination for her performance comes as no surprise for this role is likely the widest ranging and most demanding of her career, and she handles all of it from utter brashness to the dregs of depression with professional surety. Because Mary is the focus of the film, John Forsythe’s Fred is underwritten. The actor plays what’s on the page just fine, but we’re never really allowed to get under his skin in the same way we get to examine Mary. Pros Nanette Fabray and Shirley Jones are both breaths of fresh air in their respective roles, each woman representing sure-footedness and sound judgment with their every move and word. It’s great to see Teresa Wright in a plum role as Mary’s mother powerless to help her daughter through her crisis and revealing that she’s partly to blame for hiding her own marital problems under a veneer of domestic stability and happiness. Lloyd Bridges cuts a fine figure in the Nassau scenes though his role is more on the sidelines while Bobby Darin has some fun with his second-rate gigolo. Dick Shawn and Tina Louise as a married couple looking for action (with others) also offer sturdy support.

The film’s Panavision theatrical aspect ratio of 2.35:1 is faithfully rendered in 1080p resolution using the AVC codec. Sharpness is very good throughout the presentation while color seems a bit faded with paler-than-expected skin tones throughout, even those for the folks vacationing at Nassau. There is occasionally a thin, faded strip across the top of the frame (likely matted off during theatrical exhibitions), and black levels are very good but not the deepest you’ll ever see. The movie has been divided into 24 chapters.

The DTS-HD Master Audio 1.0 soundtrack offers a solid mono sound mix typical of its era. Dialogue has been well recorded and has been mixed well with the occasional atmospheric effect and Michel Legrand’s spare background music (which includes the beautiful Oscar-nominated tune “What Are You Doing the Rest of Your Life?”). There are no age-related artifacts like hiss or crackle to intrude upon one’s enjoyment of the at-home movie-going experience.

Six-Page Booklet: contains an interesting selection of color stills, original poster art on the back cover, and film historian Julie Kirgo’s spot-on analysis of the film.

A not-always pleasant look at a crumbling marriage amid an emotional breakdown, The Happy Ending does feature a talented array of actors with some juicy roles to play and a towering performance from its star Jean Simmons at the center. There are only 3,000 copies of this Blu-ray available. Those interested should go to www.screenarchives.com to see if product is still in stock. Information about the movie can also be found via their website at www.twilighttimemovies.com or via Facebook at www.facebook.com/twilighttimemovies.

I caught this film either on Netflix or Amazon prime a few years back and watched it and loved the tone of the film and the pace. It isn't a film for everyone but this is one title I wish Nick Redman and Julie Kirgo could have done a commentary track for... although possibly they didn't have enough to say about the film. I will look forward to Julie's notes. I need to order this title in my next batch of TT blu's I order.

I watched this disc a few days ago. I hadn't seen the film for a long time and most of it I had forgotten. The real attraction of this film for me is the inclusion of some of my favorite actresses, including Tina Louise and Karen Steele.

I enjoyed the film although I found it unsatisfying. The central issue for me is a non-event. Most people find discontentment when reaching middle-age, and I didn't see that the Jean Simmons character had any major cause for complaint. I thought the music score was syrupy rubbish and contributed nothing worthwhile; certainly neither emotion nor drama.

I did like Bobby Darin's cameo. I thought he did that really well.
You must log in or register to reply here. 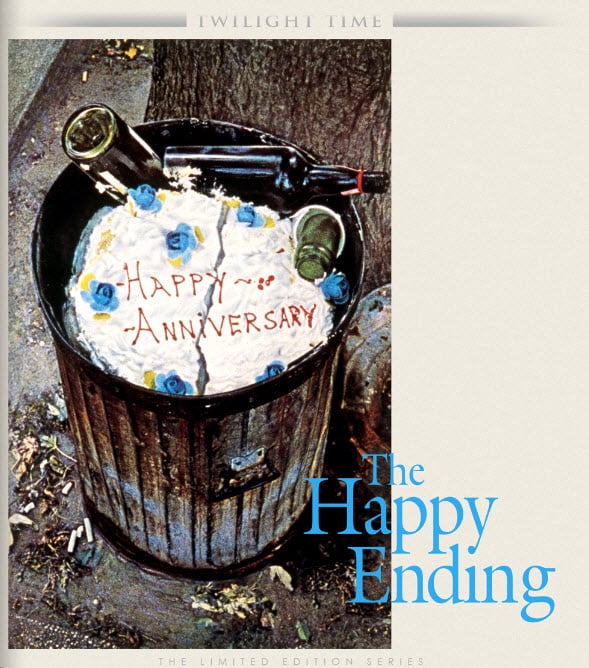