Politically poignant, The Handmaid’s Tale is compelling, heartbreaking, enraging and angering television. A superb production supports a top-rate cast, led by Elizabeth Moss’ outstanding performance. It’s a cry against the savage mistreatment of others, railing against the heights (or rather, depths) of hypocrisy of those who claim the moral mantle while instituting and celebrating their own savagery. An excellent production presented in a high-quality Blu-ray package.

“Now I’m awake to the world. I was asleep before. That’s how we let it happen. When they slaughtered Congress, we didn’t wake up. When they blamed terrorists and suspended the Constitution, we didn’t wake up then either. They said it would be temporary. Nothing changes instantaneously. In a gradually heating bathtub you’d be boiled to death before you knew it.”

America is no more. After birth rates plummeted, a political and social upheaval (under the guise of protecting citizenry) rendered the constitution obsolete. With congress dissolved, martial law instituted, and a destructive civil war giving rise to a violent and dangerous theocracy, society has been reshaped. Freedoms are stripped based on a perverse interpretation of religious texts, with women as second-class citizens and homosexuality against the law (punishable by death). Power held in the hands of the few, a new form of slavery underpins the new world order. The few women still able to conceive are subjected to fertility servitude, forced to bear children for the wives of men in government who cannot have children on their own.

June Osborne (Elizabeth Moss) was captured while trying to escape America, which has been renamed Gilead by the theocratic dictatorship. Her husband killed, her young daughter taken away, she is forced to serve the Mr. and Mrs. Waterford as a Handmaid. Her name is replaced with a slave name, Offred. Struggling against the oppression, she is smart, resourceful, and fighting to keep defeat at bay. She survives and maneuvers her situation as it becomes increasingly complex, with earned paranoia a steady companion in her life.

Margaret Atwood’s gripping dystopian tale, first published in 1985, has been adapted before, but never with the skill and power on display in this Hulu produced series, created by Bruce Miller who serves as the showrunner. The first season’s limited 10-episode run is mesmerizing television. Superbly staged and shot, there’s a palpable sense of the oppression that June (Offred) and her fellow handmaid’s live under. The pilot, and two other episodes in this first season, were directed by Reed Morano. She sets the tone for the show in her direction of the pilot. Morano’s use of wide-angles is spare, giving them greater power when they are used. Her cinematographer experience is evident in her use of light and intimate close-ups and sharp angles that convey the deep emotional undertones of the scenes. The strength of direction throughout is high. The series makes excellent use of flashbacks to help us better understand the contrasts of the character’s lives, and bridge the understanding, somewhat, for how the world got where it did.

The cast is superb. Elizabeth Moss’ Golden Globe for Best Performance by an Actress in a Television Drama is more than deserved. She deftly displays heroic inner strength and resolve and the tacit fear and inner rage born from the helplessness and cruelty of her life now. It’s a magnificent performance. Yvonne Strahovski as the repressed, desperate Mrs. Waterford, and Joseph Fiennes as her husband, whose soft, almost sad performance belies his own institutional cruelty, are both very good. Max Minghella’s portrayal of Nick Blaine, the household driver and “eye” (secret police) is solid. Alexis Bledel’s Ofglen, fellow handmaid and friend to June, is stunning. Her journey through several episodes is tragic and haunting, and with each turn and cruel act she suffers through, Bledel’s performance is powerful. Ann Dowd’s Aunt Lydia is mesmerizing as she subjects others to inhumane treatment in the name of an outrageous abuse of religious text and meaning. Samira Wiley’s Moira is strong and compassionate as June’s friend, and partner through the training at the Red Center. The remaining cast are superb.

The Handmaid’s Tale, through the June (Offred) character, is an intimate examination of the internal rage of the repressed. It explores the false sense of peace that exists between the oppressed and the oppressors, and the use and impact of fear on the oppressed. The tactic of fear, used by the weak and the reprehensible to control, is nothing new. History is replete with examples of those in power conducting an orchestra of fear to serve selfish ends. They stir the foolish and gullible into abandoning reason and compassion in service of their base, grotesque and worse angels. The Handmaid’s Tale has always shone a light on that aberration of human nature, and through this new series, tries to understand how the world could be so upended, and how the stirrings of resistance could ferment.

A rare and welcome choice for Fox to release this show on Blu-ray. The results prove just how necessary doing so can be. This is a beautiful presentation of the series in its broadcast aspect ratio, 1.78:1. Red is a primary, meaningful color. Used as the Handmaid’s outfit, we see if used as a foreshadowing in flashback scenes (like the children playing outside where June and her soon-to-be husband enjoy a secret lunch date). It pops off the screen. The use of light brings very bright moments that are handled nicely. Shadow details is very strong, material and skin textures revealing, and a strong and wonderful contrast permeate.

Fox and MGM deliver this Blu-ray set with an excellent DTS-HD Master Audio 5.1 (48 kHz, 24-bit). A well balanced audio that features a clever use of 80s songs, and great underscore by Adam Taylor. There’s a terrific use of the atmospheric surrounds (hum and boom, bullets flying from all around during violent flashbacks) helping pull you in to the claustrophobic and cruel world.

The audio is wonderfully crisp, and the show’s sound design uses silence, or near silence, to punctuate drama and emotion, letting the use of music and sound effects become even more potent when heard in contrast.

A slight and disappoint offering of special features. What’s here is fine, but there’s so much more to offer and so many more people we could have heard much more from.

From Script to Screen: Go inside the premiere episode’s “Salvaging”, a harrowing scene where Handmaids violently participate in the execution of an alleged attacker. Interviews with series Showrunner/Executive Producer Bruce Miller, Elisabeth Moss, Ann Dowd and Madeline Brewer, as well as an in-depth look at the story points, character arcs and complexity of shooting this sequence with Director of episodes one through three, Reed Morano.

Hope in Gilead: Examine the reasons why “THE HANDMAID’S TALE” has captivated millions and become a cultural phenomenon. The cast and crew discuss parallels with today’s political climate as well as the series’ themes of hope, resilience and the fight for freedom.

The Handmaid’s Tale is Hulu’s landmark series, with high critical praise and the ratings secure a second season (which premieres on Hulu in April with an increase in its budget). The series begins with a patient, compelling pilot that effectively built out the foundations of the world the story explores. It’s a dystopia that isn’t impossible. It contains variations on awful acts that have happened in human history, and in too many parts of the world, still happen. Servitude, sex slavery, religious persecution, shaming, defaming and much worse. These stories, when so effectively produced and performed, are terrific warnings to watch out for the insidious seeds of societal turns away from freedom and civility. 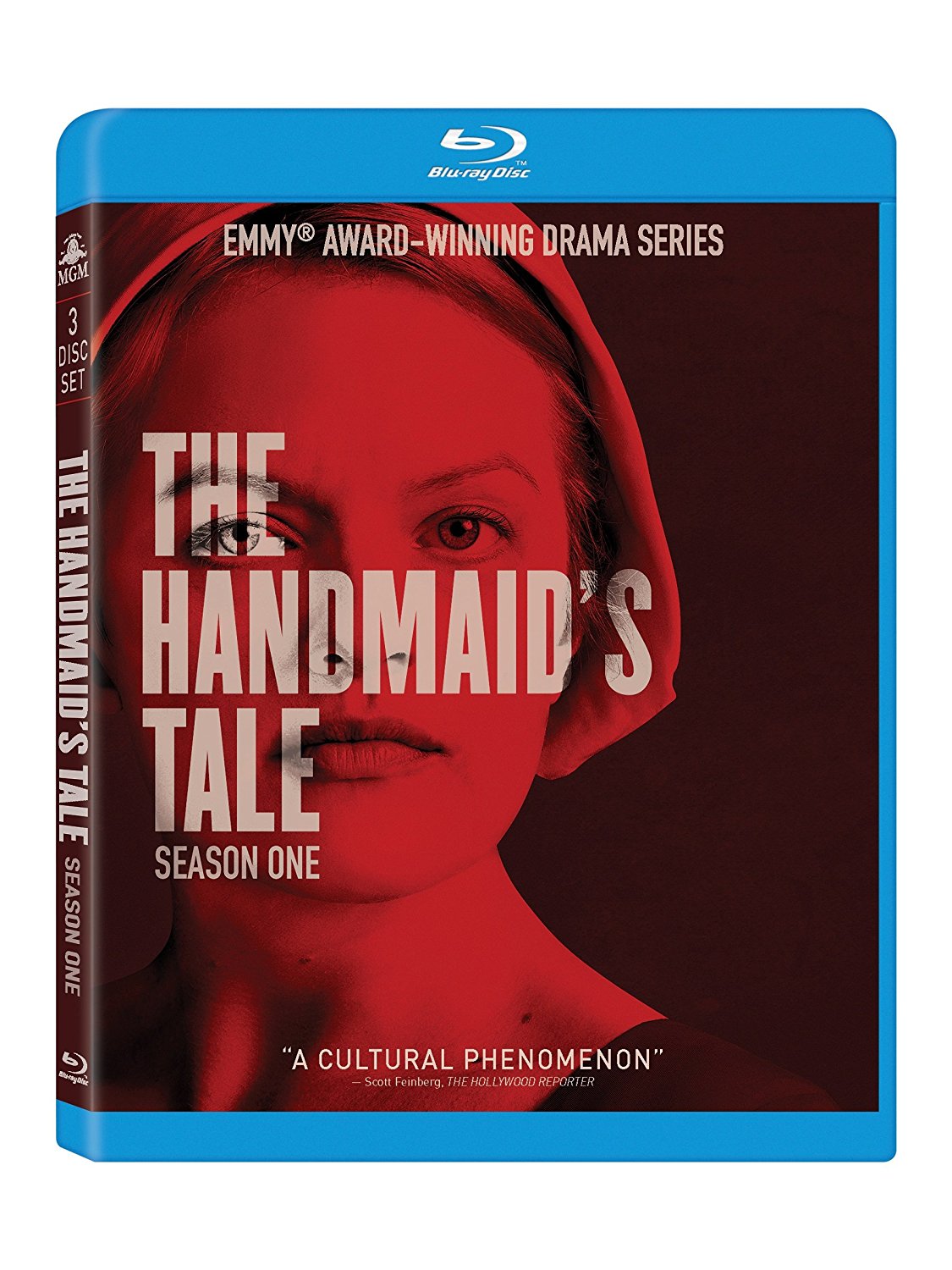