Forum List What's new Dark Style Change width
Log in Register
What's new Search
Menu
Log in
Register
Navigation
Install the app
More options
Dark Style
Close Menu
Posted on May 31, 2019 by Matt Hough
You are using an out of date browser. It may not display this or other websites correctly.
You should upgrade or use an alternative browser.
A star is born in this dark revenge comedy by Joan Rivers. 3.5 Stars

In the more cynical times in which we live, The Girl Most Likely To… might not play as darkly and pointedly as it did during its original telecast, but the movie remains a wry and entertaining revenge comedy with the first notable performance by one of America’s finest actresses Stockard Channing.

The 1970s was the heyday for the made-for-television movie. From highly honored and massively viewed productions like Brian’s Song, That Certain Summer, and The Night Stalker to well-remembered performances like Cloris Leachman in A Brand New Life, Elizabeth Montgomery in A Case of Rape, and Helen Hayes in Do Not Fold, Spindle, or Mutilate, the TV-movie offered a wide variety of genres and a bevy of famous faces doing outstanding, sometimes award-winning work. And then, there were the TV-movies that brought to the public some fresh faces, and one of the most memorable of those was Stockard Channing in Lee Philips’ The Girl Most Likely To…. A black comedy of feminist revenge that plays quite nicely in today’s Me Too era, The Girl Most Likely To… comes to Blu-ray in a beautiful transfer that shows the quality of writing, directing, and performing that went into what was then considered a routine entry in the made-for-TV film sweepstakes.

Plain Jane college student Miriam Knight (Stockard Channing) enrolls in her umpteenth new university hoping to find a meaningful relationship with the opposite sex, but her dumpy clothes and frizzy hair brand her as a victim for a series of cruel practical jokes to be played on her by her haughty roommate Heidi (Suzanne Zenor), a dense football hero (Larry Wilcox), a seemingly nerdy hospital intern (Fred Grandy), a pool hustler (Dan Spelling), and even her sometime fiancé Herman (Warren Berlinger). Fleeing from her ultimate humiliation on stage where her wonderful acting performance finally offering her a measure of self-worth is ruined by another cruel trick, Miriam is involved in a life-altering automobile accident which necessitates massive plastic surgery transforming the ugly duckling into a sensual swan. And she knows just what to do with her new looks: use them to launch a series of payback encounters with those who had previously been unkind to her.

Comic Joan Rivers wrote the story and co-wrote the teleplay with Agnes Gallin which focuses on one of Rivers’ most often touched-on comic themes: outward female appearance and how it all too often plays into the success or failure of the people who do or don’t have the requisite looks that can turn people’s heads. One gets the distinct feeling throughout that the leading lady’s experiences in the film are likely based on real life, if not in Joan’s experience then to other ladies in her circle, and a slight tone of sour malaise is most assuredly prominent. While some of the ill behavior is merely thoughtless rather than deliberately harsh, the wretched tricks played by the hospital intern (in whom one believes she really might have found a kindred spirit) and her jealous roommate who really wanted the lead in the school play are pretty unconscionable, both of which grandly set up the dark turn the film’s last third takes. Lee Philips directs scenes with smoothness and economy not doing anything especially flashy or innovative (one can’t expect much in a three-week production schedule) but keeping things humming along with a consistent sense of pacing. Some of the disguises Miriam comes up with during her revenge sequences are very witty and provide great fun even though murder is definitely in the air. The fact that Stockard Channing narrates her escapades keeps a dry, droll spin on what she’s doing.

Though this wasn’t her first film, this was Stockard Channing’s first starring opportunity, and she makes the most of it relishing the gawky fat suit and unkempt hair of the film’s first half while making the most of her va-voom appearance after her transformation easily suggesting the multiple awards which would be in her future including recognition from the Tonys and the Emmys. Edward Asner, a fixture in the 1970s not only on The Mary Tyler Moore Show but also in miniseries like Rich Man, Poor Man and Roots and made-for-TV films, does nicely with his no-nonsense detective hot on the trail of the mysterious femme fatale likely responsible for a string of unusual deaths. And the list of supporting players reads like a casting director’s guide to reliable actors of the era, all of whom do their expected fine jobs here: Jim Backus as a drama professor, Warren Berlinger as the chauvinist fiancé, Chuck McCann as the football coach, Fred Grandy as the calculating Dr. Gates, Ruth McDevitt as the concerned housemother, and Larry Wilcox as the thick-headed pigskin star. Suzanne Zenor is as obnoxious as one would expect as the self-involved cheerleader, and it’s fun seeing someone like Annette O’Toole as basically a background player in a scene or two years before she’d find her own stardom.

The movie’s 1.33:1 made-for-TV movie aspect ratio is faithfully rendered in this 1080p transfer using the AVC codec. Sharpness is excellent, and colors are bright and vivacious (the reds may be a bit too bright). Apart from a single hair which hasn’t been digitally removed, the image is pretty well spotless with appealing contrast making for an excellent picture and clearly superior to the viewing experiences for those of us who saw it on analog televisions back in the day. The movie has been divided into 8 chapters.

The DTS-HD Master Audio 2.0 mono sound mix is very representative of the dry, unexceptional sound design for TV-movies of the era. Dialogue has been well recorded, and it has been mixed with surety with the sound effects and Bernardo Segall’s background music score. There are no instances of age-related hiss, crackle, or pops.

Audio Commentary: film historians Amanda Reyes and Kier-La Janisse have a rapid-fire give and take about the movie, its place in the made-for-TV film universe, and about the careers of its star Stockard Channing and its writer Joan Rivers. The ladies get a bit sidetracked while discussing feminism in films at the expense of discussing some of the famous actors and their work in the movie before them, but the commentary is worth hearing once.

In the more cynical times in which we live, The Girl Most Likely To… might not play as darkly and pointedly as it did during its original telecast, but the movie remains a wry and entertaining revenge comedy with the first notable performance by one of America’s finest actresses Stockard Channing. The film itself has never looked better than in this most welcome release by Kino Lorber Studio Classics.

The Girl Most Likely To... Blu-ray Review 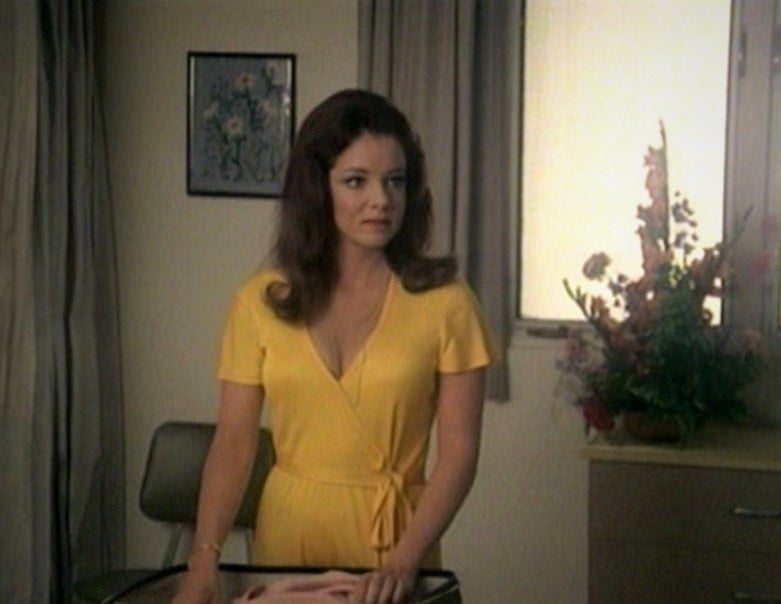 Great review, Matt. One thing: should the run time be listed as 74 minutes?

That's an IMDB mistake I can't do anything about. As you see, in my own listing below that of facets of the disc, I listed it properly as 1 hour and 14 minutes.

I haven't seen this TV movie since it's original broadcast. I remember kind of liking it so I might buy this BD during one of Kino's sales. Thanks for your review that has peek my interest in it again.
You must log in or register to reply here. 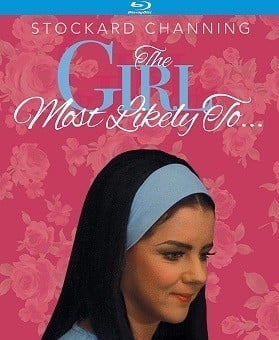