As in his classic The Beast from 20,000 Fathoms, director Eugene Lourie plunges us into a thrilling stomping ground, unleashing another Thunder Lizard to stomp on everything in sight. Alarming levels of radiation have infused the water, plants and skies, and a radiated paleosaurus rises from the ocean depths. In its path: London. In its arsenal: a strength to topple buildings (King Kong’s Willis O’Brien contributes rampaging stop-motion effects), a stride that flattens cars, a flesh-searing radioactive ray and a ticked-off attitude. Left in ruins on land, humankind takes the fight to the beast’s undersea realm, where a two-man submarine crew must ensure the torpedo they fire is dead-on. The first chance is all anyone gets with The Giant Behemoth. 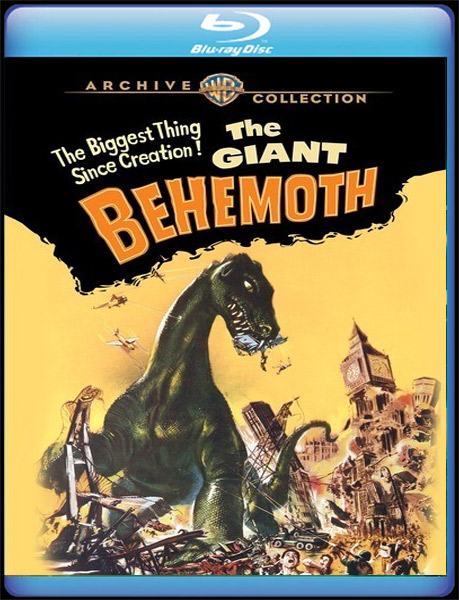