Forum List What's new Dark Style Change width
Log in Register
What's new Search
Menu
Log in
Register
Navigation
Install the app
More options
Dark Style
Close Menu
Posted on April 4, 2021 by Matt Hough
You are using an out of date browser. It may not display this or other websites correctly.
You should upgrade or use an alternative browser.
Classic western with an operatic tone and two lusty, great leading performances 4 Stars

An epic western tricked out in the garb of a mere oater, Anthony Mann’s The Furies is one terrific movie.

An epic western tricked out in the garb of a mere oater, Anthony Mann’s The Furies is one terrific movie. With a free spirited daughter (in the mold of Scarlett O’Hara except out West) of a land baron, some gorgeous outdoor cinematography that captures the grit and glory of the 1840s, and a serpentine plot adorned with some of the most poetic language ever fashioned for a western, The Furies is one film that will be hard to forget.

Vance Jeffords (Barbara Stanwyck) is the daughter of a land rich but money poor territory baron named T.C. Jeffords (Walter Huston), and she’s the apple of her father’s eye and heir to his vast New Mexico territory called The Furies. She alone can get away with entering her late mother’s bedroom, raiding her closet and wearing her clothes and jewels in her father’s presence. Her father enthusiastically encourages her zest for life and high spirits. She’s also wrestling with two loves, neither of whom would be approved by her father: Juan Herrera (Gilbert Roland) whose poor family has been squatting on The Furies for years, and Rip Barrow (Wendell Corey), a local banker who also had a strip of land incorporated into The Furies and who’s desperate to get it back. Vance has always had the promise of her father of being given The Furies when he’s too old to maintain it, but suddenly an interloper enters the scene, seductress Flo Burnett (Judith Anderson) who makes no bones about wanting the money and power that such a vast territory would bring her as the wife of the elder Jeffords. Vance suddenly finds herself on the defensive if she’s to retain the empire she’s worked her entire life to maintain and sustain.

The title of the film, of course, offers multiple interpretations since fury is built into the makeups of several of the film’s principal characters. In fact, there isn’t anyone in the film whose emotions don’t run hot at some point during the film’s 109 minutes, and watching these conflicts work themselves out makes the film a fascinating exercise in psychological maneuvering from many angles. Charles Schnee’s screenplay adapted from the novel by Niven Busch brings a grandeur to the speech that’s relatively rare in westerns, but for some reason, it doesn’t seem odd here. Anthony Mann moves things along with such forward momentum that even the floweriest of passages whisks right by without seeming out of place or eccentric, and he handles some magnificent set pieces that give the movie its epic feel: a splashy and lush engagement party with lots of swirling dancers, a shoot-out between the Herreras and the Jeffords that ends in a horrific lynching, and T.C.’s monumental wrestling match with a bull-headed steer, the last burst of a flaming candle before it’s extinguished.

The cast is made up of some of Hollywood’s greatest character stars. This was Walter Huston’s last film, and he goes out at his zenith with a remarkable performance of sly cunning and huge impact. No less powerful is Barbara Stanwyck even if she was perhaps a few years too old for the role. Her directness and fiery demeanor made her perfect for westerns, and she excels as both a tough customer and an alluring woman. Judith Anderson’s sweetly calculating Flo is one of her career highpoints, too, as oily as a snake and just as venomous. The always wonderful Beulah Bondi has a couple of memorable scenes in a powerful woman-behind-the-man role while Gilbert Roland has some earthy suavity to offer as Vance’s best friend. As for Wendell Corey, he’s the wink link in the cast, a rather colorless and unappealing leading man here when someone with more fire (perhaps Jeff Chandler who was busy at the time with Broken Arrow) might have been a better match with the tough yet tender Stanwyck.

At the time, The Furies wasn’t much thought of (Broken Arrow, Winchester ’73, and The Gunfighter got more attention), but today The Furies is equally the match for any of them. A compelling story, fascinating performances, and awesome location photography makes The Furies a definite ride worth taking.

The film’s 1.37:1 theatrical aspect ratio delivered in 1080p (AVC codec) is presented here slightly windowboxed just as its DVD counterpart was. The grayscale is very nice indeed in these images with relatively inky blacks and mostly excellent shadow detail. Only occasionally do the blacks get crushed, and there are a couple of instances of flickering in the early going. Sharpness and detail are good with the light grain of the image retained for a very film-like transfer. The film has been divided into 23 chapters.

The PCM 1.0 (1.1 Mbps) sound mix is strong and clear with only a low level of hiss in the quietest scenes to spoil the mood. ADR is also noticeable in a couple of instances, and the sound is sometimes a bit light on bass though Franz Waxman’s driving score comes through with great effectiveness. Other age-related anomalies of the era like crackle, hum, and flutter are not present.

Audio Commentary: film historian Jim Kitses contributes a very scholarly critical analysis. Though excellent information is imparted in this critique, the speaker’s conversational style is dry and a bit halting. The information is worth it, but it’s not the most enjoyable commentary to sit through.

Action Speaks Louder Than Words (17:13, HD) : a 1967 BBC television interview with director Anthony Mann conducted while he was working on what turned out to be his final film A Dandy in Aspic. The interview deals mainly with his early theatrical career as an actor and director and his breaking into the film business with David O. Selznick. He also discusses themes in many of his westerns though The Furies is never mentioned specifically.

Radical Classicism (29:23, HD): film historian Imogen Sara Smith offers a nicely modulated critical analysis of the movie noting its many strengths, comparing it to other westerns of the era, and pointing to allusions to Shakespeare’s King Lear.

Intimate Interview (8:57, SD): Walter Huston is a 1931 interview subject in this short filmed for theaters with interviewer Dorothy West talking with the star at his pool.

Nina Mann Interview (17:29, SD): the daughter of director Anthony Mann speaks in 2008 on her father’s work, specifically The Furies and some of his larger scaled epics and westerns.

36-Page Booklet: offering stills from the film, an appreciation by film critic Robin Wood of Anthony Mann’s career and specifically The Furies, and a lengthy interview with Anthony Mann excerpted from a 1957 issue of Cahiers du Cinéma.

Included in the package is the entire 267-page novel The Furies by Niven Busch.

Some may find Anthony Mann’s style and Charles Schnee’s language operatic in quality and ill-suited for a western, but most will find The Furies mesmerizing. It’s a Criterion set that comes most highly recommended!

Thank you for your fine review. I would've preferred somebody like Eddie Muller who probably would have loved to do an audio commentary on a western with some noir vibes to it. Hell, even Smith doing double duty might have been a better choice. Anyhow, I guess I'm destined to listen to another boring audio commentary even with that additional film knowledge.

There are a few of these commentators who spoil you for anyone else.

Why on earth in this day and age would it be window boxed? Especially from Criterion. Makes no sense. I've never heard Jim Kitses speak, but he knows his stuff on westerns much more than Muller ever could. He wrote a great book on westerns that's a must have for any serious western fan, called Horizon's West. Amazon product

haineshisway said:
Why on earth in this day and age would it be window boxed? Especially from Criterion. Makes no sense. I've never heard Jim Kitses speak, but he knows his stuff on westerns much more than Muller ever could. He wrote a great book on westerns that's a must have for any serious western fan, called Horizon's West. Amazon product
Click to expand...

Knowledge is one thing, but if your presentation is boring as hell, some of that knowledge doesn't get communicated properly to your audience. Anyhow, I seriously doubt he's any worse than some other audio commentaries I have heard beforehand. As to Eddie Muller, his film knowledge goes beyond film noir as I've heard him talk about westerns beforehand. You don't have to be an expert on westerns to talk about that genre and give some interesting facts about this movie.

Thanks for the review, Matt. I ;ook forward to picking this up at the next Criterion Flash Sale or B&N 50% off sale.

haineshisway said:
Why on earth in this day and age would it be window boxed? Especially from Criterion. Makes no sense. I've never heard Jim Kitses speak, but he knows his stuff on westerns much more than Muller ever could. He wrote a great book on westerns that's a must have for any serious western fan, called Horizon's West. Amazon product
Click to expand...

Since Criterion didn't say it's a new transfer, this is probably the same HD transfer they used in 2008.

Peter Apruzzese said:
Since Criterion didn't say it's a new transfer, this is probably the same HD transfer they used in 2008.
Click to expand...

If true then I'm in no hurry to buy this disc because I purchased the iTunes HD digital a couple of years ago for $4.99. I'll wait until there is a Criterion or B&N sale this summer.

Yes, apart from the higher resolution, it looked the same as the DVD I reviewed years ago. Same good but not great black levels, etc. I think the Smith critique is the only new bonus material. They are, of course, including that full-size original novel as part of the package, just as before.

Matt Hough said:
Yes, apart from the higher resolution, it looked the same as the DVD I reviewed years ago. Same good but not great black levels, etc.
Click to expand...

Oh dear. One of Criterion's lesser products? A pity. I'll hold fire for the time being.

Robin9 said:
Oh dear. One of Criterion's lesser products? A pity. I'll hold fire for the time being.
Click to expand...

I don't know, it probably should've been released on BD back in 2008, when the DVD came out because it was derived from a new digital transfer. I watched the iTunes HD digital a couple of years ago and thought it looked good. I was going to listen to the same audio commentary used on the DVD as this upcoming BD release, but never got around to it back in 2019.
You must log in or register to reply here. 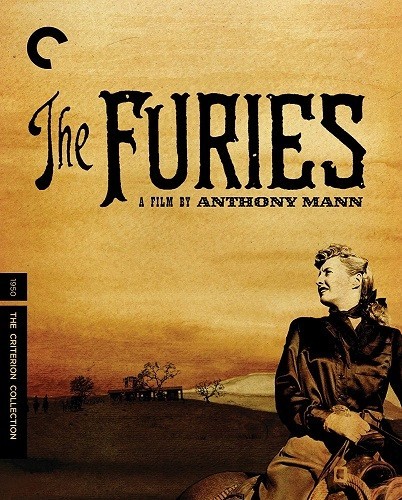