Posted on April 12, 2016 by Cameron Yee
The second season is as engrossing as the first, but street pricing on the Blu-ray release remains a bit steep. 4 Stars

Having moved past the need for the character study of the first season, the second season of BBC Two’s police thriller takes a more straightforward, at times procedural, tack.

It’s been 10 days since Paul Spector AKA The Belfast Strangler (Jaime Dornan) delivered his parting message to Detective Superintendent Gibson (Gillian Anderson), who continues to pursue every possible lead to apprehend the serial killer, even as time and funding are quickly running out. While Spector relocated his family to Scotland in a bid to save his marriage (and of course evade the manhunt), his wife’s inability to forgive him of his affair — a lie he told her to obscure the more awful truth — has resulted in him isolated and alone with only his dark fantasies to keep him company. But when Spector learns someone from his past has been helping the investigation, giving Gibson a number of vital clues to identify him as the prime suspect, he boldly returns to Belfast to tie up loose ends.

Having moved past the need for the character study of the first season, the second season of BBC Two’s police thriller takes a more straightforward, at times procedural, tack, but the program remains no less riveting as Gibson and Spector, now fully revealed to one another, begin their life-or-death dance. As Gibson’s professional and personal pressures mount, and Spector begins to pursue Gibson in turn, her typically calm and cool demeanor begins to show signs of strain, providing glimpses of the history that led to her unflappable persona. Spector, not surprisingly, thrives under pressure, and the longer his actions and activities go unchecked the more emboldened he becomes. Anderson and Dornan maintain compelling performances across the six-episode season, and — when finally face-to-face — deliver an undeniable chemistry that results in a tense and nail biting finale.

The Fall: Series 2 includes the six episodes that were distributed in the United States via Netflix beginning in early 2015:

The program’s third season is scheduled to premiere on BBC Two sometime this year. Distribution in the United States, if following past practice, should follow shortly thereafter.

Presented in its original aspect ratio of 1.78:1, the 1080p, AVC-encoded transfer features inky blacks, accurate contrast levels, and realistic color rendition. Detail is impeccable, though the more observant may note momentary swaths of noise in dim background areas. Still, the picture is often quite impressive and no doubt superior to either broadcast or streaming presentations.

Behind the Scenes (12:00, HD): The cast and crew discuss the developments in the second season, as well as reflect on the success of the first.

The second season of BBC’s riveting police thriller starring Gillian Anderson and Jamie Dornan receives another satisfying high definition presentation. The special features are expanded a little from the previous release, though the pricing remains a deterrent to all but the most devoted. Once more, I recommend picking up the title when the sticker price hits the $20 mark. 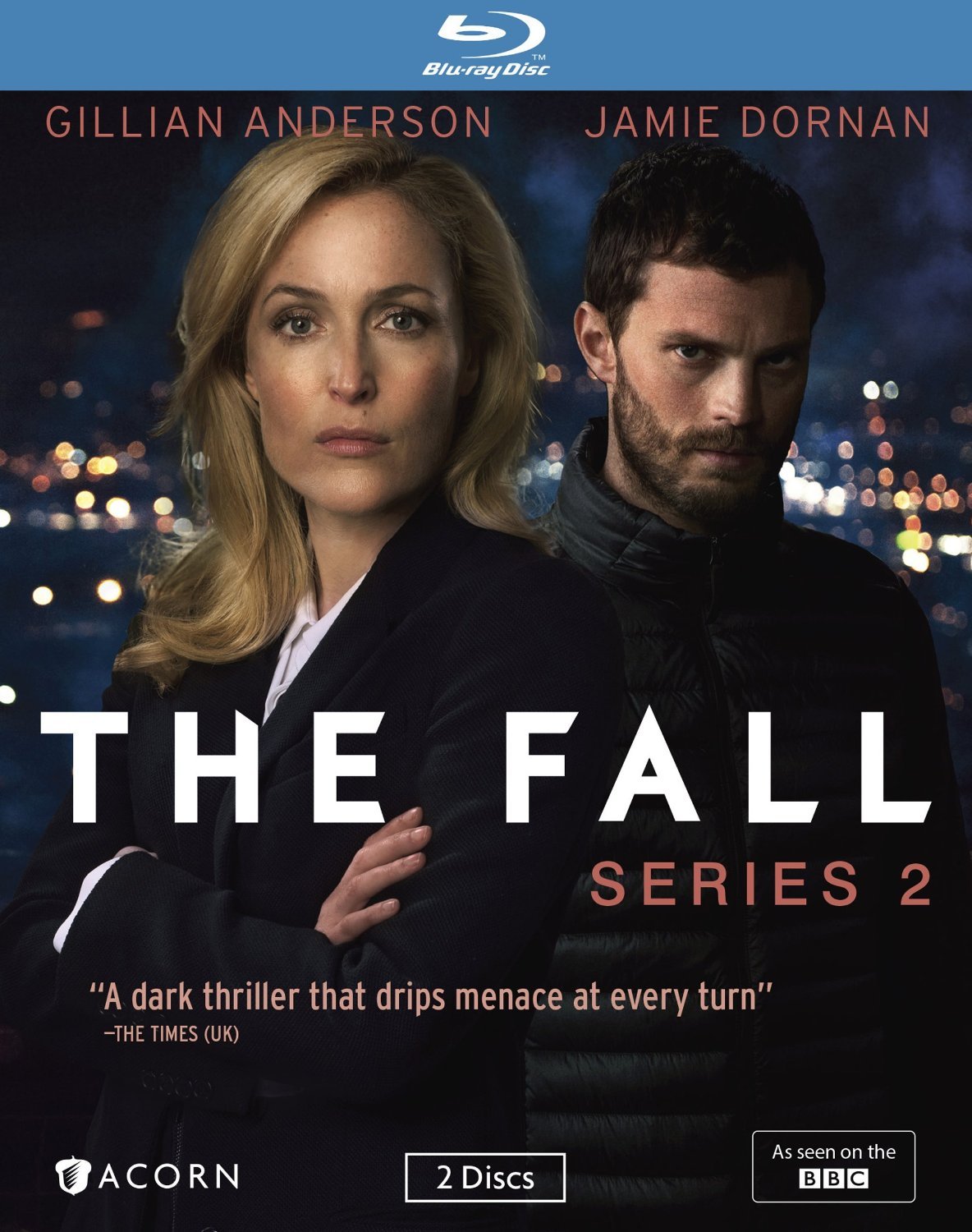