Forum List What's new Dark Style Change width
Log in Register
What's new Search
Menu
Log in
Register
Navigation
Install the app
More options
Dark Style
Close Menu
Posted on April 16, 2020 by Martin Dew
You are using an out of date browser. It may not display this or other websites correctly.
You should upgrade or use an alternative browser.

Many of the audio and video technologies we use regularly today in our homes, and on our electronic devices, are directly indebted to professional cinema. Two-channel stereo, all iterations of surround sound, and even the aspect ratios of our televisions and computer screens, derive their origins from the local fleapit. The genesis of surround sound, however, goes back further than most think.

Only three auditoriums were equipped with Disney’s revolutionary ‘Fantasound’ for the war-time release of Fantasia in 1941. Costing a staggering $85,000 for a 54-speaker fit out in each location, it’s not surprising that New York, Los Angeles and San Francisco were the only three cities to get a taste of the first documented presentations of surround sound. Walt Disney himself, with the help of Bell Labs, can therefore be fairly credited with the invention of cinematic surround sound (in this case, three front screen channels and two rear channels of discrete audio).

To compete with the black and white talking tubes that started to permeate our homes in the 1950s, the major film studios began to rummage around for technologies-of-spectacle to woo audiences back to the cinema, and out of their comfortable living rooms. In came large-format projection systems, such as Cinerama, Vistavision and Todd-AO 70mm and, alongside, commensurate multi-channel surround technologies. Three or five separate screen channels, plus one rear mono surround channel, of magnetic ‘striping’ would capitalize on the added real estate available either side of the picture on these larger film format prints. 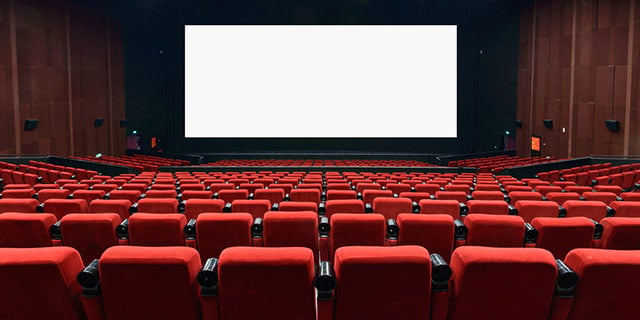 A version of surround audio arrived in the home in the early 1970s. Both matrixed and discrete versions of quadraphonic audio availed thousands of 4-channel recordings to music fans, but the unreliability of the decoders and equipment saw the technologies consigned, in most cases, to early graves.

Declining US theatrical audiences in the 1960s and 1970s, combined with the advance of the grim, ‘shoebox’-style, one-speaker-wonder, multiplex cinema, meant that a technology revolution was surely not only required, but inevitable. Dolby Laboratories, with its legacy of ingenious tape noise reduction tech, introduced Dolby Stereo for the release of A Star is Born in 1976. Here, four channels (three front and one rear) of matrix surround sound were encoded onto the analog, non-deteriorating optical track of 35mm theatrical release prints.

How did they get four channels of audio from two analog tracks? If you added all the information that was common to the left and right channels (L+R), you could squeeze out an independent center channel (typically used for locking dialogue to the middle portion of the screen). Then, if you took all the information in the left channel and subtracted the information in the right channel (L-R), and combined it with phase shift, you ended up with an additional rear channel. Simple, right? Not so. It was the added magical ingredient of a proprietary ‘logic circuit’ that defined all four channels as separate and discrete.

If four channels were already encoded in a movie sound mix, those same four channels could be lifted off a videotape or laser disc too. By the late 1980s, home cinema decoders marketed with a ‘Dolby Surround’ badge could be purchased from your local hi-fi emporium, but included only the L-R circuit for an extracted mono rear channel. Shortly thereafter, ‘Dolby Surround Pro-Logic’ (literally ‘Professional Logic Steering’) became available in home decoders as well, just like the cinema, and with the added benefit of the center channel (L+R).

Although ‘Stereo’ was the term Dolby used for its theatrical marketing, many enthusiasts knew that the term referred to surround sound in auditoriums that could accommodate it, and not just vanilla, left-and-right stereo.

Dolby had also developed an enhancement of this analog technology in cinemas in the 1980s with Dolby Stereo SR (or ‘Spectral Recording’), increasing the dynamic range of playback. Furthermore, the 1979 release of Apocalypse Now included Dolby Stereo 70mm, a six-track magnetic striping technique, similar to that adopted in the 1950s, but with the company’s home-grown noise reduction, and the introduction of split surrounds. This time, though, three screen channels and two rear channels allowed space for a discrete .1 low frequency effects track, a template of which would be eventually adopted for Dolby Digital. 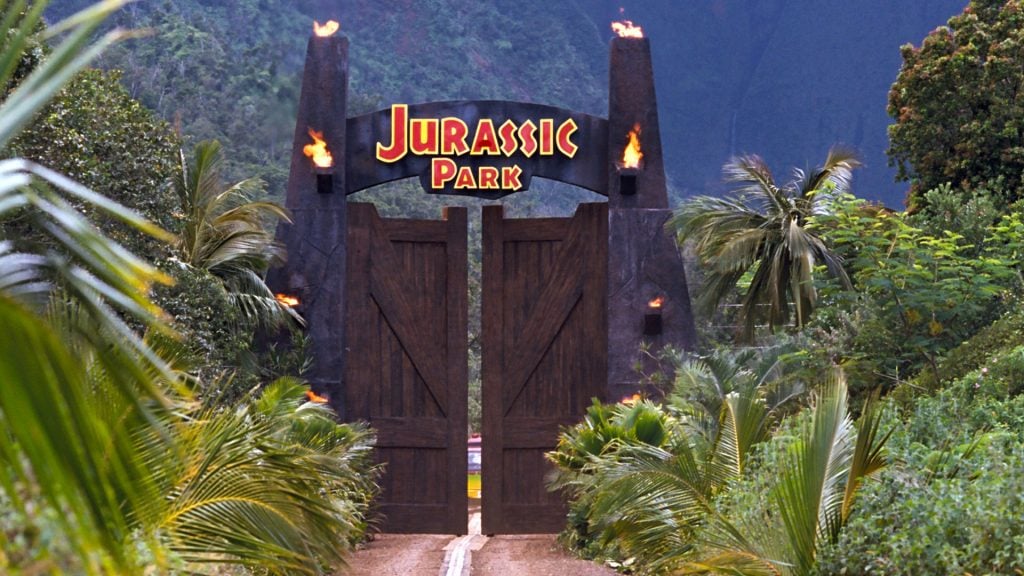 1992’s Batman Returns ushered in Dolby Digital or SR-D in cinemas. Images of tiny data blocks, neatly housed between the sprocket holes of 35mm release prints, could be read by a scanner in the projector and converted into an AC-3 bitstream, delivering 5.1 channels of full-range audio (20Hz – 20kHz). The location of the digital data on the film print meant that the space for the optical Dolby Stereo anolog track could be preserved and used as a back-up in the event of failure of a reader or decoder. The Dolby Digital AC-3 encoded bitstream found its way onto laser discs and subsequently DVDs in the mid-1990s, raising the bar once again for home cinema performance.

Newcomer DTS entered the fray as a competitor for the release of Steven Spielberg’s 1993 blockbuster Jurassic Park. This 5.1 discrete digital system paired up with a CD-ROM drive in professional cinemas for lower-compression audio reproduction. Sony also introduced its short-lived theatrical SDDS system at around the same time. With DTS arriving on home media by 1997, AV format wars were in full-swing, and even to this day, both DTS and Dolby slug it out for studio adoption and associated Blu-ray disc space.

Both Dolby and DTS have evolved and developed their technologies at a rapid pace, and home cinema audio advancements are never seemingly more than a couple of years behind their corresponding theatrical debuts. With the introduction of HD-DVD and Blu-ray discs in the mid-noughties, home theater enthusiasts could capitalize on the studio-perfect 7.1 codecs of both Dolby TrueHD and DTS-HD Master Audio. Now, of course, we can enjoy the benefits of immersive audio which is designed to replicate a completely three-dimensional orb of sound, combined with its ceiling-based ‘Voice of God’ trickery. DTS:X and Dolby Atmos, with their metadata- or object-based architectures, continue to wow audiences theatrically and domestically, while the equally impressive Auro-3D (now owned by Datasat) struggles to find a prominent place in the market.

Surround sound doesn’t always come with a guaranteed ticket for success, as we’ve seen above, and the impact of some of Dolby’s later platforms varied. Dolby Digital Surround EX (which introduced a rear center channel for a 6.1 configuration) debuted with Star Wars Episode I: The Phantom Menace (1999), but it is rare to find many home users who permanently employed a 6.1 setup, and most theatrical releases now defer to 5.1, 7.1 or one of the immersive formats anyway.

So where do we go from here? Innovations in surround sound technology have continued to inspire filmmakers and please audiences alike, while affording evermore realistic and engaging soundscapes in support of the story-telling art that is film. Each time we reach a new benchmark in cinema and residential audio (and embrace ever more channels and speakers), it becomes harder to imagine what the next developments will look like. Perhaps the only certainty, though, is that there will be…

Great article, Martin. I'm hoping the next advance will be in the direction of computational audio mentioned by @DaveF in another thread.

What about CDS, the precursor to Dolby Digital, developed by Kodak for Dick Tracy?

Todd Erwin said:
What about CDS, the precursor to Dolby Digital, developed by Kodak for Dick Tracy?
Click to expand...

Yup, good call. There are a lot of entries in the timeline that I could have included or expanded on, but decided to stick to >1k words. Hope I've got most of the key moments here, though.

Tino, not sure my article has a logical home based on our in-built categories, but I've repositioned the article in 'AV Receivers' forum.
You must log in or register to reply here.

Feb 13, 2021
Bartkong
B
S
Building a House and I get a home theater budget! Need input.

M
tv not working with surround sound and other dumb qs