Following the death of Joseph Stalin in 1953, the Soviet Union began a cultural thaw that would last for the rest of the 1950’s; one who would benefit greatly from this in Soviet cinema was Georgian director Mikhail Kalatozov. Although he had been working steadily since the late 1920’s, it was during this decade that he would gain international exposure with The Cranes Are Flying, which – in turn – would also re-establish the Soviet Union’s place on the world cinema stage. Criterion had previously released the movie on DVD, but they have revisited it with a Blu-ray upgrade.

On the eve of World War II, Boris and Veronika are a young couple very much in love and planning to get married. However, the outbreak of war separates them as Boris volunteers for the Red Army, and Veronika is left behind to await his return. For the next few years, Veronika undergoes a series of personal trials that will test her resolve as well as her will to live; all of this pales to when she learns about her beloved’s fate on the front lines…

A straightforward romantic drama, The Cranes Are Flying is both passionate as well as spiritual at the same time. A bold decision to focus on the effect of wartime on the women the soldiers leave behind when going off to combat can be seen as akin to America’s look at the WWII homefront Since You Went Away (1944); the fact that the Soviets did it on their women and even makes its leading lady multidimensional in the process – which would’ve been unheard of if it had been filmed during Stalin’s reign – shows a confidence in the material and a very empathetic quality that’s remarkably refreshing. Also very impressive is the camerawork by Sergei Urusevsky; the fluid and gravity defying camera is used to great effect in several scenes, including a confrontation between Veronika and Boris’ cousin Mark when the latter professes his love for her, leading to an ambiguous outcome and the dream that Boris has of his and Veronika’s wedding that will never happen. These elements, combined with Mikhail Kalatozov’s assured direction would prove instrumental to the film’s success both in its home country as well as internationally, including being the first Russian movie (and only one from the Soviet era) to win the Palme d’Or at the Cannes Film Festival of 1958. All in all, The Cranes Are Flying is a very poetically beautiful – if somewhat tragic – love story as well as an insightful look at the problems facing women on the homefront; all of which would likely not be possible had the country the movie was made in not changed (albeit slightly) a few years prior.

Still relatively fresh from the theater when she landed the role of Veronika, Tatiana Samoilova serves as the film’s heart and soul; she would receive a special mention at Cannes for her performance and would reunite with director Kalatozov for Letter Never Sent (1960). Alexei Batalov is solid as the ill-fated Boris, while Aleksandr Shvorin makes for an appropriately duplicitous Mark. As Fyodor Ivanovich – the head of Boris’ family – Vasili Merkuryev is a strong presence, while Svetlana Kharitonova (as Fyodor’s daughter), Antonina Bogdanova (as Nana Ivanovich) and Valentin Zubkov (as the soldier whose life Boris saves) give solid support as well. It’s these performances that give the story its life, breath and pulse that gives the added potency to the many trials and triumphs that our characters here endure.

The film is presented in its original 1:37:1 aspect ratio for this release, taken from a brand new 2K restoration. The film grain is organic and fine details and gray scale are also given a faithful representation as well; issues like scratches, reel markers, dirt and tears are minimal to nonexistent here, which makes this transfer a major improvement over the previous Criterion DVD and likely the best the movie will ever look on home video.

The film’s original mono soundtrack is presented on a PCM track for this release. Dialogue is both strong and clear, with a faithful representation given to both the sound mix and music score. Problems and issues like distortion, cracking or hissing is nary in sight here, which means that this is an improvement over the previous Criterion DVD and likely the best the movie will ever sound on home video.

The Cranes Are Flying & Soviet Cinema (18:40) – In this brand new interview, film scholar Ian Christie talks about the movie and its greater context within Soviet cinema and history as well.

Hurricane Kalatozov (1:13:44) – This feature length 2009 documentary covers the life and career of Kalatozov in addition to his complex relationship with the Soviet government.

Segment from Portrait of Sergei Urusevsky (18:45) – A brief look at the movie and its cinematography, featuring original storyboards and interviews with actor Alexei Batalov and Urusevsky’s daughter Inga, as well as archival audio from Urusevsky himself.

The Road to Cannes (4:44) – In this brief 2001 interview, filmmaker Claude Lelouch talks about his role in getting the movie its premiere at the 1958 Cannes Film Festival.

The Cranes Are Flying not only helped to reestablish Russia on the world cinema stage, but it’s also a beautifully made romantic drama that transcends its straightforward storytelling. Criterion has made this revisit of a previous release a winner, with a great HD transfer and a solid offering of special features going into the movie and its director. Very highly recommended and very worthy of upgrading from the DVD.

It's been many years since i have see the Criterion dvd so i will have to revisit it soon and the last time i saw it i also viewed Ballad of a Soldier which i liked even more.
You must log in or register to reply here. 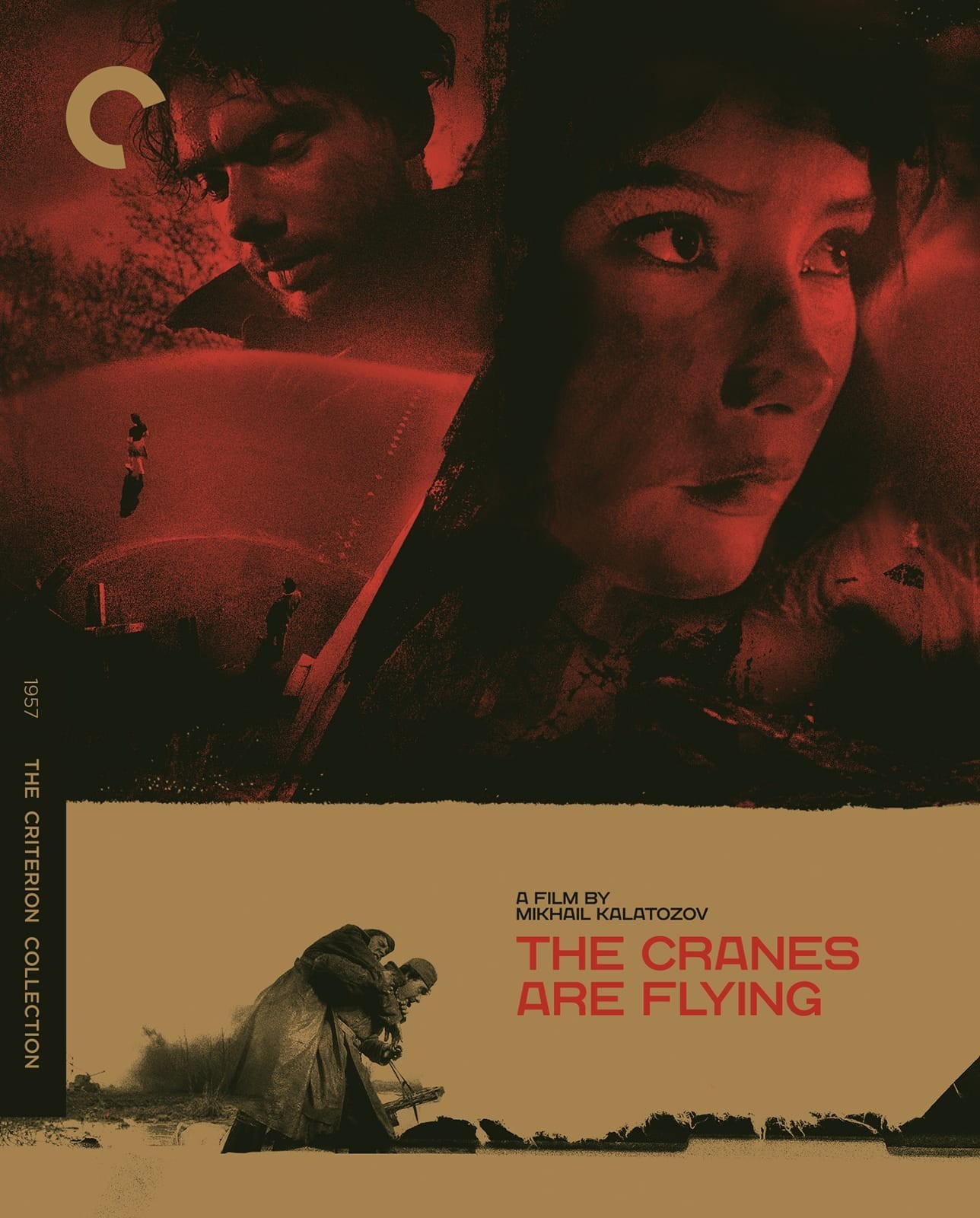