Forum List What's new Dark Style Change width
Log in Register
What's new Search
Menu
Log in
Register
Navigation
Install the app
More options
Dark Style
Close Menu
Posted on August 29, 2021 by Sam Posten
You are using an out of date browser. It may not display this or other websites correctly.
You should upgrade or use an alternative browser. 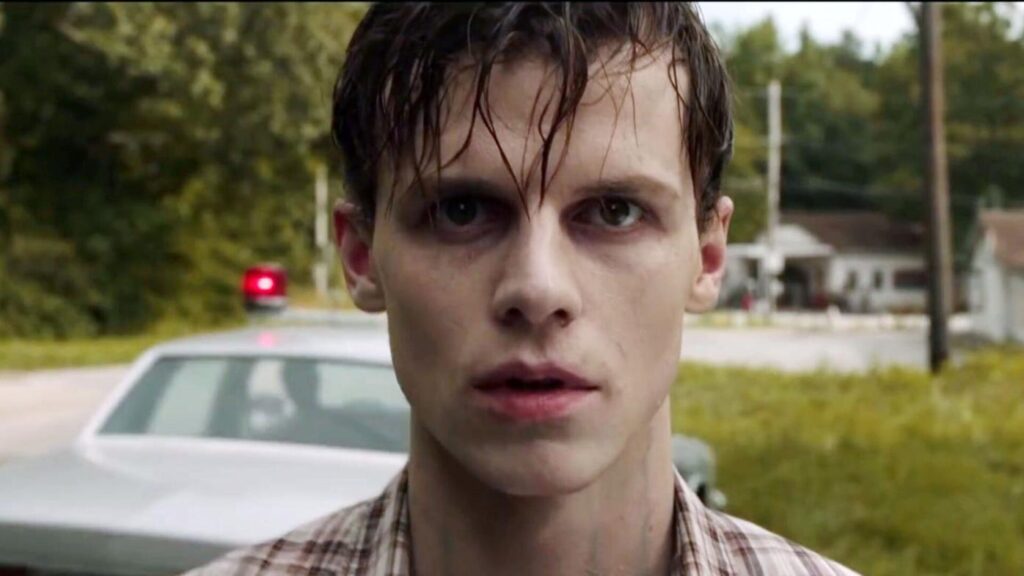 Ed (Patrick Wilson) and Lorraine (Vera Farmiga) Warren return to the Conjuring universe, this time titled #3 despite being #9 in the series. In this based-on-a-true-story, the Warrens are helping a demonic exorcism when Ed suffers a heart attack jusr as the possession victim, David Glatzel (Julian Hilliard), is perilously close to giving up. David is speaking in tongues, experiencing body deformation, and causing psychic damage all around him with his family, the Warrens, and the priest unable to do anything. To save David, his sister’s boyfriend Arne (Ruairi O’Connor) challenges the spirit to attack him instead. The demon leaves David and all involved believe the incident is over, until Arne attacks and kills his landlord a few days later. Arne believes he was a follow on victim of the demon and the Warrens agree to help prove it. Their investigation leads to additional possessions and deaths, and into the orbit of an Occultist (Eugenie Bondavant) pulling the strings and setting Arne and others up to be possessed. 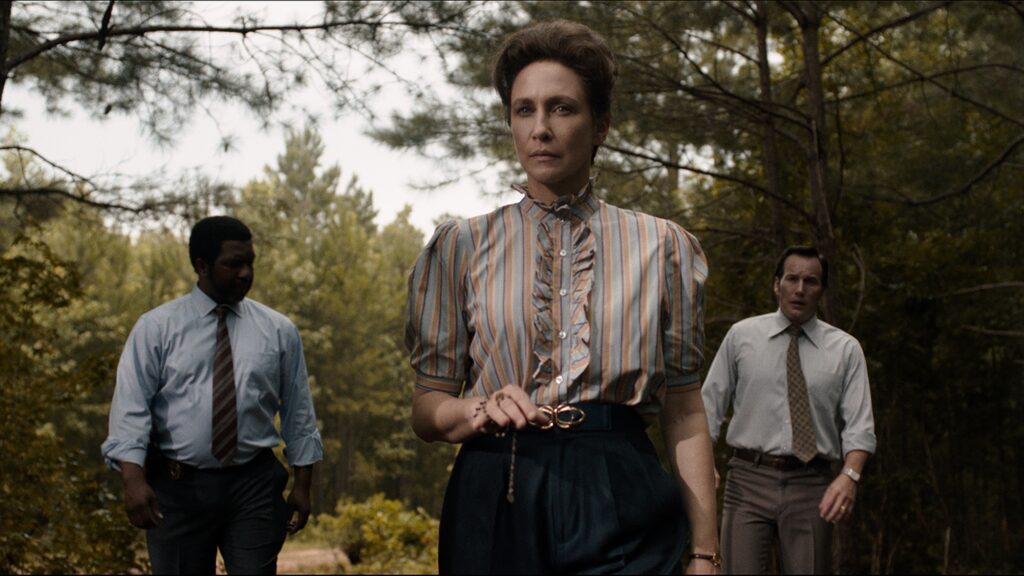 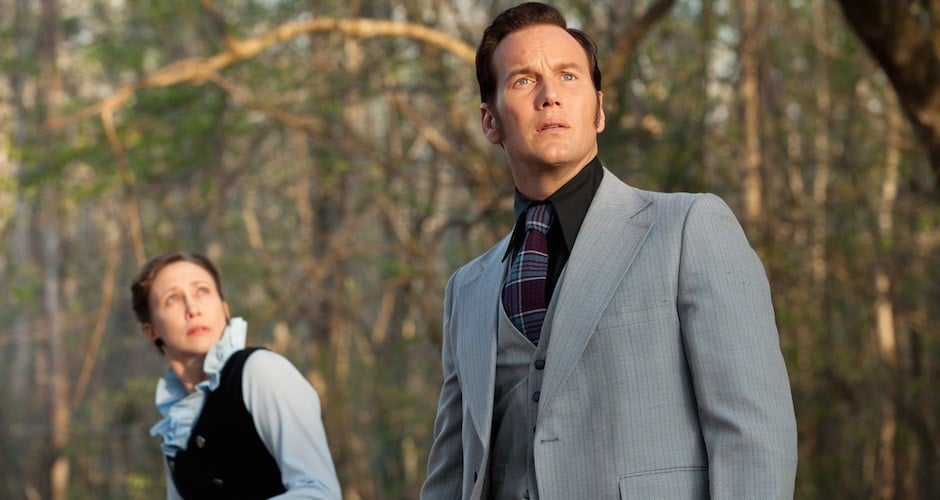 Without getting to much into my own belief system, I feel that most of these exorcisms and occult / paranormal investigations are complete BS. That said, the folks at Blum have got this formula nailed and have been mining the Warren’s history to great effect. You know you are in deep when you have a set of 10+ tabs open to try to figure out where the historical record ends and Hollywood begins. Here’s a sampling:
Warrens
Conjuring 3
True Story

And like so many horror movies, there’s a big gap between critics and audience scores, currently 55 to 85:
Tomatoes

So, what’s good here? There’s awesome practical effects and amazing sound (more on that below) and environmental effects that are truly creepy, even if you think the whole thing is bunk. The plot is pretty dry tho, and we’ve seen most of this done better before in other Conjuring movies. I kept wanting to check my phone throughout. There’s a few set piece experiences that are fun, but in between the exposition just takes way too long and the vast majority has nothing to do with the original case. It’s all made up filler junk to try to tie things back to the Satanic Panic of the early 80s.

Very good, sharp and nice use of HDR to bring out highlight details in dark scenes. Minimal noise throughout a very dark film. 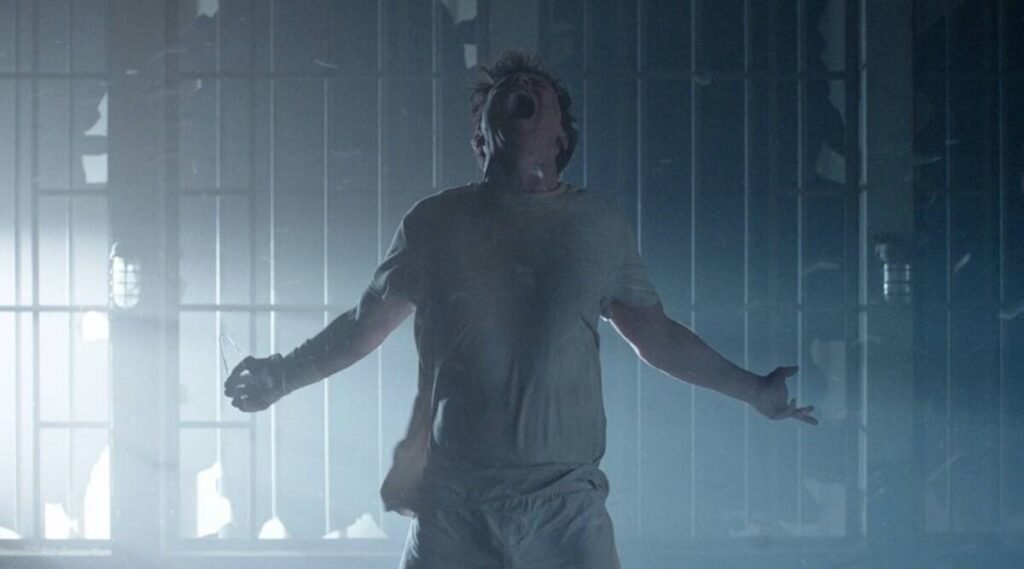 As much as I felt the plot and original “true” story were bogus, this audio track is seriously the real deal. It’s definitely a top 10 Atmos track and you should own it for demo material. The environmental effects are creepy as hell and substitute in well for the usual scare tactics that are anchored in on screen action. I definitely jumped at a few of the audio cues. But it’s the absolutely bombastic bass effects that are the heroes here. Clean, fun and found throughout the film from beginning note through the end, this is a bass head’s soundtrack. There’s a scene midway through with water rippling that had standing waves in my room jolting me around like I was floating on a pond in my basement. There are explosions in the early exorcism scene and at the dramatic ending that must be felt to appreciate. And the soundtrack makes use of a creepy synth bass throughout that will have your pants legs buzzing just when the action is about to break. Definitely check this one out if you want to hear all Atmos is capable of. 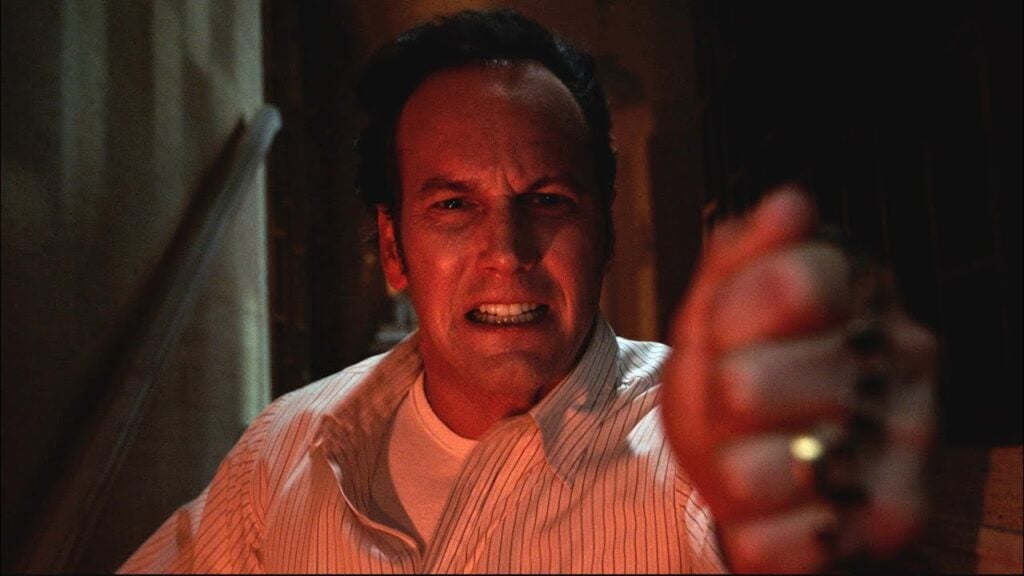 The Occultist (~4 Mins.)
By Reason Of Demonic Possession (~6 Mins.)
Exorcism Of Fear (~6 Mins.) An all too short look at the practical effects of the contortionist during the exorcism.
The Conjuring: The Lover #1 (~13 Mins.) – A weird motion comic with terrible voice acting. 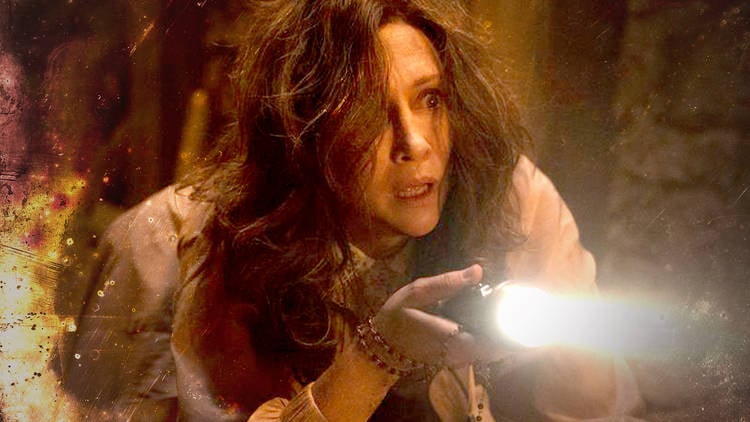 It would be easy to completely write off TDMMDI if it weren’t for the absolutely stunning soundtrack and the occasional creepout and jump scares that had me hanging on despite completely dismissing the original source material. If nothing else, rent this disc just to experience the great bass, and pick it up once it hits the bargain rack to show off your system to all your friends.

There are a series of bizarre interviews with the Warrens on youtube all hosted by the same guy. I assume these were some sort of local cable access shows that were shown on Connecticut TV.

Here they are talking about this case. This probably should have been a special feature on the disc.

Thanks for the review, Sam. I'll admit that I also find most possession movies to be dubious at best, but I really like Patrick Wilson and Vera Farmiga in these roles. Once the price on this disc drops into $19.99 territory I'll grab it.

I didn't think this one was as effective as the others, but I still enjoyed it. I haven't watch the disc at home yet, but in the theater I remember one scene where everything goes completely black and all you're left with is the sound. I just knew something was going to jump out of the blackness at me (and I was alone in the theater, so it was extra creepy).

Reggie W said:
There are a series of bizarre interviews with the Warrens on youtube all hosted by the same guy. I assume these were some sort of local cable access shows that were shown on Connecticut TV.

Here they are talking about this case. This probably should have been a special feature on the disc.

I'm very familiar with the Warrens being from Connecticut and listening to their stories on local radio since I was in junior high school. Anyhow the guy interviewing the Warrens is their son-in-law, who also worked with them for many years.

I am looking forward to getting this on a 4K disc and the other titles as soon as the are released on 4K disc.

Dave Moritz said:
I am looking forward to getting this on a 4K disc and the other titles as soon as the are released on 4K disc.
Click to expand...

I enjoyed this one, despite a depreciable drop in quality from the James Wan films. Regardless of what I think of the real Warrens, the movie Warrens are characters I will absolutely continue to follow.

The disappointment for me is that Warners didn’t take the opportunity to put out a set of all three in 4K. I’m a big fan of Wan’s visual acumen as a filmmaker, and the fact that this is out in UHD, but not Malignant or the first two Conjuring films is baffling to me.
You must log in or register to reply here.