Forum List What's new Dark Style Change width
Log in Register
What's new Search
Menu
Log in
Register
Navigation
Install the app
More options
Dark Style
Close Menu
Posted on November 2, 2018 by Josh Steinberg
You are using an out of date browser. It may not display this or other websites correctly.
You should upgrade or use an alternative browser.
Gregory Peck headlines this dark tale of vengeance. 4 Stars

Gregory Peck stars in The Bravados as a rancher out to avenge the rape and murder of his wife. Chasing after a gang of four outlaws he believes guilty of the crime, Peck will stop at nothing to punish them. While the crime the men are accused of is horrifying, Peck becomes a different sort of terrifying as he becomes more and more singleminded in his pursuit of the men.

When The Bravados begins, Jim Douglas (Gregory Peck) is riding his horse across the west, looking for something. He soon arrives at a town where strangers aren’t wanted, which makes his desire to visit disconcerting. As he makes his way in, a picture begins to form: there’s going to be a hanging, with four men set to be put to death for a murder. Douglas is also looking for four men who match the same description. Douglas wants to speak to the condemned men, who claim not to know him or to understand what he wants with them. Douglas is quite sure that they’re the men he’s looking for. So sure, in fact, that when they manage to escape, he’s more than happy to lead the search.

It turns out that Douglas is a rancher who became a widower six months earlier when his wife was raped and murdered, leaving behind a young daughter. He’s absolutely sure these four men are the ones responsible for this, and he’ll stop at nothing to track them down and have his vengeance. So sure is Douglas that these are the men that the more they protest, both together in the prison cell and individually as he tracks them down, the more their denials reinforce his absolute certainty of their guilt.

The Bravados works as well as it does for several reasons. Most obviously, Gregory Peck, who turns in a relentless performance that ranges the gamut from amusing to appalling. Joan Collins plays a former flame who happens to live in the town where the outlaws are caught; she brings a spark to the screen in her scenes. The gang of outlaws is played by a wonderful group comprised of Lee Van Cleef, Stephen Boyd, Albert Salmi and Henry Silva, who work well together and then make the most out of individual scenes as they become separated. As the town priest, Andrew Duggan has some quietly powerful moments. All of these performances are brilliantly captured, along with some stunning location work, by director Henry King and cinematographer Leon Shamroy. King’s use of the wide CinemaScope frame, and Shamroy’s bold use of light and dark, along with a bold color scheme, give the visuals a strong punch.

In just 97 briskly paced minutes, The Bravados thrills as both an epic western chase and as a morality play. It asks hard questions and doesn’t shy away from difficult or uncomfortable answers. It is a film that embraces contradiction in its examination of it, a violent film that is ultimately an argument on the futility of violence.

The Bravados is presented in its original theatrical aspect ratio of 2.35:1. Twentieth Century Fox has provided Twilight Time with yet another fantastic transfer. The film appears perfectly clean and stable, without a hint of wear or damage. Grain appears natural and pleasing. Colors are rich and saturated, with the western vistas looking absolutely gorgeous. Nighttime scenes are equally pleasing. Simply put, Leon Shamroy’s beautiful photography is well represented on this disc.

The disc presents three audio options, all in the lossless DTS-HD MA format. The default track is the 5.1, which is perfectly clear and shows no age-related artifacts. There is some dimensionality in the dialogue and the Lionel Newman score sounds terrific. Also included is the film’s original 4.0 mix, upon which it appears the 5.1 was based; both sound very similar in terms of separation, though it seemed as if the 4.0 was ever so slightly less clear. The fidelity of the 2.0 track is on par with the 4.0, but has less separation. My preference was ultimately for the 5.1, which seemed to preserve all of the dimensionality of the 4.0 while improving on the overall fidelity of the track.

Hollywood Salutes The Bravados (08:36, SD) – Silent black & white footage documenting arrivals to a screening of the film on the Fox lot.

The Bravados is a film that’s both thrilling and thought-provoking, though never preachy, thanks in large part to a stunningly intense performance by Gregory Peck and gorgeous cinematography by Leon Shamroy. This Twilight Time disc offers a phenomenal technical presentation of the film, along with a small quality of short vintage bonuses, plus the usual isolated score track and color booklet.

Nice review, Josh. I shall have this.

Hoping too that TT also releases The Gunfighter, another wonderful Fox teaming of Henry King and Gregory Peck. It’s been touted for release by Signal One in the UK, but keeps getting pushed back.

A very good western and thank you for the fine review.

Great review, Josh. Now I'll have to seriously consider this one the next time Twilight Time has a sale.

Thanks guys! I had missed this one when I was doing my big western binge in 2016/2017, and as I was watching it, I couldn’t believe that I had never seen it. I was surprised at both the level of violence and of the depth of the morality issues explored - it seemed very ahead of its time in that way.

Between this and Kino’s release of The Big Country, this has been a great year for Peck westerns on disc!
P

Looks like the good people at Twilight Time has done it, again.
Just when we think we've seen almost every film, comes along a title we've missed. And a quality one, at that; with a great cast, a great director, a legendary DP and, to top it all off, a great transfer.
These are the savoring moments of film-viewing, physical media and home theater.
Thanks for the review, Josh.
Last edited: Nov 3, 2018
M

Yeah, we heard that before by some people while others like myself think the transfers look fantastic.

Does anyone know how good/bad the iTunes HD streaming version of this film looks?

dpippel said:
Does anyone know how good/bad the iTunes HD streaming version of this film looks?
Click to expand...

Just watched it today and I thought it looked great.

dpippel said:
Does anyone know how good/bad the iTunes HD streaming version of this film looks?
Click to expand...

It looks okay, but I thought the TT BD looked better to my eyes with a more detailed presentation. Somewhere I posted my comparison thoughts either in my 'Crawdaddy' thread or the 'Daily Viewing' thread.

Edit: Okay, found my post from 2018, in which I compared the iTunes HD digital to the TT BD.

Thanks Robert! I wonder if it's possible that the streaming version has been updated in the past two years?
Last edited: Feb 1, 2021

dpippel said:
Thanks Robert! I wonder if it's possible that the streaming version has been updated in the past two years?
Click to expand...

That's entirely possible which is why I mentioned the date of my comparison.
You must log in or register to reply here. 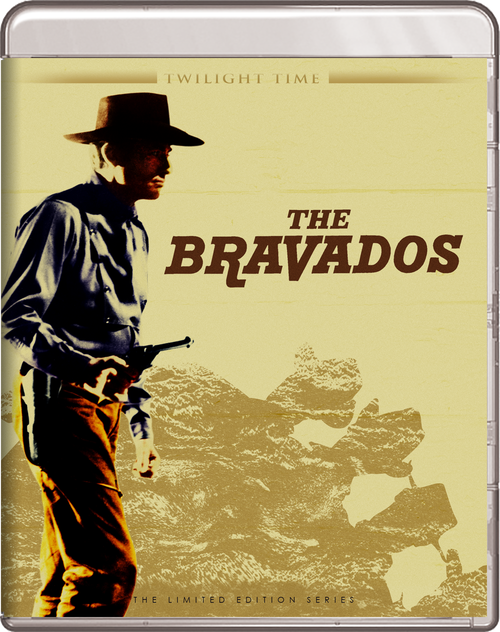