Barbara Stanwyck was one of Hollywood’s most dependable and durable leading ladies during the Golden Age of Tinseltown. She could handle just about any genre, moving from comedies to dramas and film noirs with incredible ease, a talent that earned her four Oscar nominations and an Honorary Oscar – among other accolades – over her career. Kino has assembled three movies that showcase her versatility – Internes Can’t Take Money, The Great Man’s Lady and The Bride Wore Boots – all making their Blu-ray debut here as part of this exclusive collection.

The widow of a slain bank robber, Janet Haley (Stanwyck) is trying to find the daughter she hid from him before his death. Along the way, she forms a relationship with Dr. Kildare (Joel McCrea) – who patches up her wounds at the beginning of the movie – and a connection with a gangster (Stanley Ridges) who assists in the search for her daughter. However, Dr. Kildare’s own connection to a rival gangster (Lloyd Nolan) complicates matters and its leads to a climax that puts his job on the line and the safety of everyone else involved in danger…

The first of many films featuring Dr. Kildare (this would be the only film made at Paramount; MGM would pick up the rights to the Max Brand creation and begin a series of films starting the year after this movie), Internes Can’t Take Money is less focused on him and more on Janet Haley. As a melodrama, it’s mostly well done with some touches of medical drama and gangster movie mixed in for good measure; as a result, the pacing can be a bit uneven, but it’s never dull. Director Alfred Santell does a solid job here, bringing a touch of style (he was an architect before entering the film industry during the early days of film) and suspense to the proceedings; he also manages to get solid performances from the cast, especially Stanwyck and McCrea (this was their third of six on-screen pairings). While it has fallen by the wayside due to the more prolific MGM output of the character, Internes Can’t Take Money is still a solid beginning to the Dr. Kildare film series and a good vehicle for its two leading stars.

When Hoyt City dedicates a statue to its late founder Ethan Hoyt (McCrea), reporters try to learn more about him from the one person who knew him best, centenarian Hannah Sempler (Stanwyck). Eventually, Hannah opens up to one young female reporter not just about Ethan, but about her own life as well; she chronicles her life with Ethan, from her elopement with him at the age of 16 to the many trials and tribulations they encounter, including her longtime friendship with gambler Steely Edwards (Brian Donlevy). Throughout it all, Hannah remained devoted to helping Ethan see his dreams through, even at the cost of her own personal sacrifices.

While it’s not the first movie that comes to mind when people talk about director William A. Wellman, The Great Man’s Lady is still one of his better movies in a very prolific career. Here, Wellman looks at the American West as seen through the eyes of the woman who helped make a legend; it’s something that John Ford had often tackled many times, but rarely in this unique fashion. This look at the legends and myths of a fictional American hero are given an abundance of humor and warmth without being too sappy; a lot of this is due to the genuine chemistry between Stanwyck and McCrea, who are ably supported by Brian Donlevy as the gambler with a heart of gold (a cliché – yes – but played well to a tee). Under Wellman’s assured and well paced direction, The Great Man’s Lady is a real sleeper that’s worthy of rediscovery and reappraisal; it’s also likely the best in this 3 film set.

Sally and Jeff Warren (Stanwyck & Robert Cummings) couldn’t be any more different than night and day when it comes to one thing: she’s crazy about horses, but he not only has a dislike of them, but a phobia of them as well. However, that becomes the least of their problems, especially when a coquettish young woman (Diana Lynn) becomes a sticking point in the tensions that lead Sally to file for divorce. This misunderstanding soon turns into a escalating series of calamities, culminating in a crazy steeplechase race that may just put the spark back into the mismatched Warren marriage…

Irving Pichel was a successful character actor and director throughout his career, but The Bride Wore Boots is not one of his better efforts behind the camera. Working with a threadbare plot serving mostly to set up a series of gags (some work – like the climatic steeplechase race – but most fall flat), his direction doesn’t seem too particularly inspired but it’s not entirely incompetent either. As for Barbara Stanwyck, she has a game co-star in Bob Cummings, but they don’t really generate much chemistry between them the same way Barbara did with Joel McCrea; they more convincing when they’re fighting rather than being in love with each other. Finally, the uneven pacing of the movie makes its 86 minute running time feel a little longer and more of slog rather than a breeze; it also manages to shortchange the an equally game supporting cast (including a young Natalie Wood and humorist Robert Benchley in one of his last film appearances). All in all, The Bride Wore Boots is watchable, but certainly not one of the better movies on the resumes of anyone involved here; sadly, this was Stanwyck’s last comedy in her career.

All three films are presented in their original 1:37:1 aspect ratios for this release. Though it looks like these transfers were taken from older masters, film grain is organic with a faithful representation of greys, blacks, shadows and fine details; there’s mostly minor issues with scratches, tears and dirt present here, but none too distracting. All in all, these are likely the best the movies will ever look on home video, making this an improvement over their previous release on DVD as part of a Barbara Stanwyck themed box set in the Universal Backlot Series.

All three films’ original mono soundtracks are presented on DTS-HD Master Audio tracks for this release. Dialogue on all three films are strong and clear, with the music scores and sound mixes each given strength, clarity and fidelity on each. Minimal problems – like crackling, hissing, popping and distortion – are present, which means that all three films are likely given the best audio presentation on home video, making this an improvement over their previous release in the Universal Backlot Series DVD set.

Commentary by film historian Dr. Eloise Ross – Newly recorded for this release, Dr. Ross shares some of the details about the movie and its production.

Commentary by film historian Dr. Eloise Ross – Newly recorded for this release as well, Dr. Ross goes over the movie and its production and themes; both tracks provides insight into these two movies and has a solid wealth of information.

The Barbara Stanwyck Collection brings together two solid dramas and one middling comedy, showing a small example of what the legendary actress could do during her career. Kino has turned in another solid effort here, with equally solid transfers and two insightful and informative commentary tracks. Recommended for fans of the actress and classic Hollywood and worthy of an upgrade from the previous DVD set. 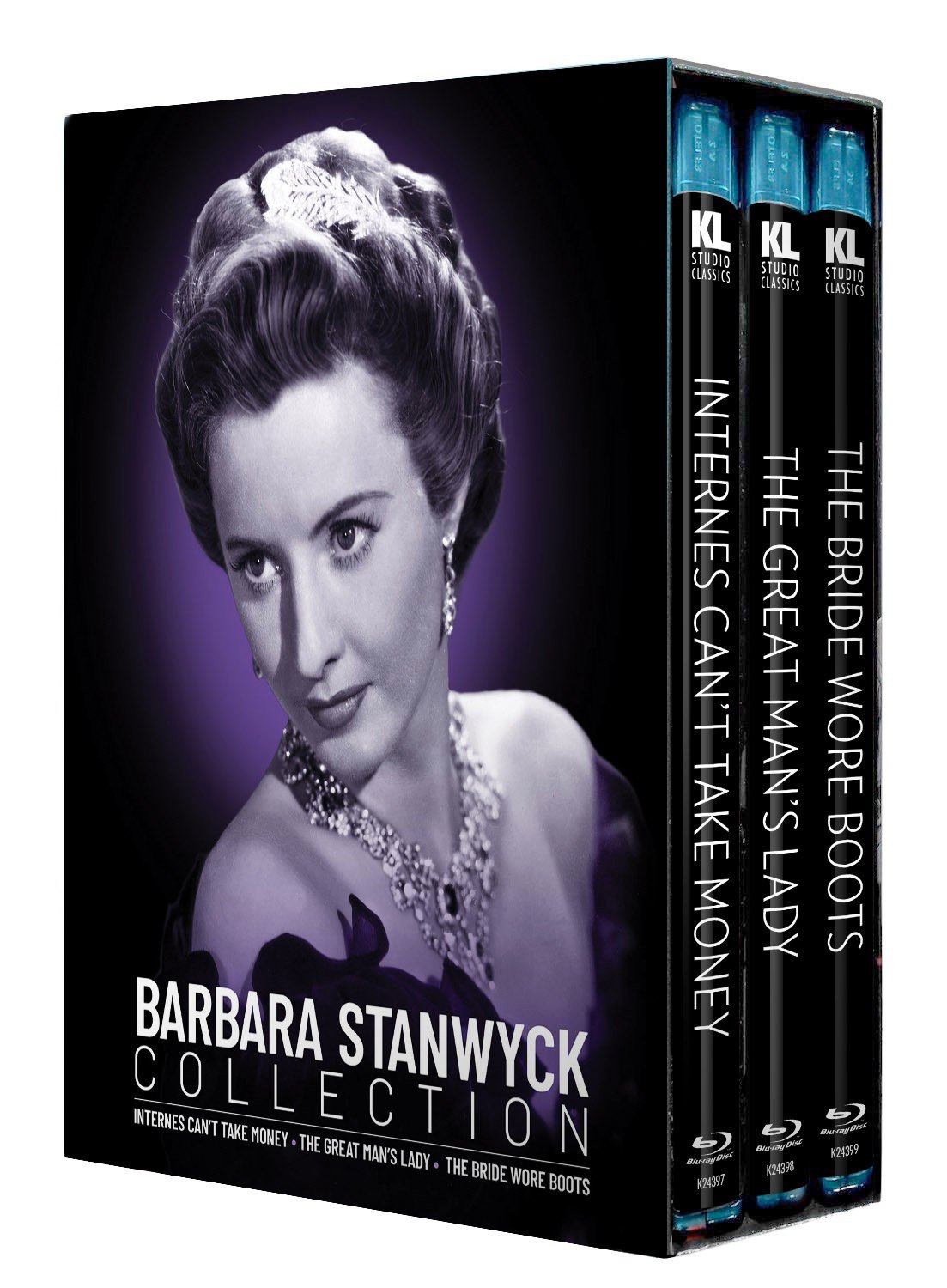