Forum List What's new Dark Style Change width
Log in Register
What's new Search
Menu
Log in
Register
Navigation
Install the app
More options
Dark Style
Close Menu
Posted on February 4, 2019 by Ronald Epstein
You are using an out of date browser. It may not display this or other websites correctly.
You should upgrade or use an alternative browser.

GET READY TO BINGE YOUR FAVORITE TV SHOWS 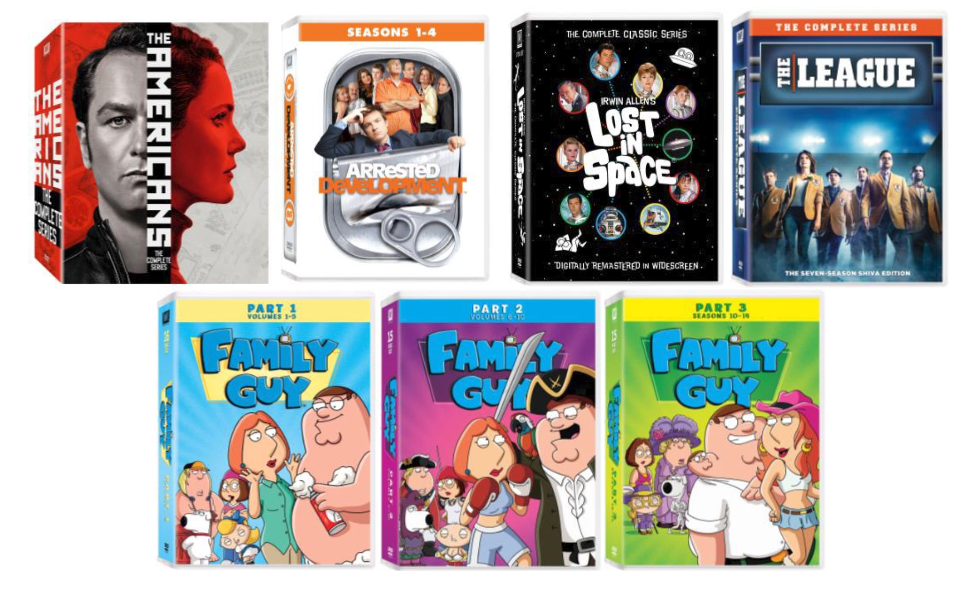 Arrested Development: Seasons 1-4
Watch Season One, where George Bluth, Sr. sits in jail for his shifty accounting practices. With all their assets frozen, the Bluths, who are not qualified to do much, might have to get jobs! In Season Two, Michael hears that his father has escaped from prison and that now he could face time in prison because of the family’s shady business dealings with Iraq. George Sr. sets off to Mexico while Michael tries to clear his name. In Season Three, Uncle Oscar serves in prison and Michael puts George Sr. under house arrest. Buster and Michael journey to Iraq, learning which family member is the real brains behind the business. In Season Four, the Bluths have gone their separate ways, but continue to be as wildly dysfunctional as ever.

Lost in Space: The Complete Classics Series
Enjoy the timeless journey of Irwin Allen’s LOST IN SPACE® in this massive 17-disc set which contains all 83 episodes fully remastered. Follow the heart-racing, cliff-hanging adventures of Prof. John Robinson™ and his family aboard the Jupiter 2™, along with Robot B9™ and Dr. Zachary Smith™.

The League: The Complete Series
Get ready for full-contact laughs with Ruxin, Kevin, Andre, Pete, Jenny and Taco, a tight crew who always commit to an all-out blitz of ruthless fantasy football competition. All seven seasons of TV’s most outrageously funny comedy make one impressive package filled with collusions, cons and lineup fiascos.

Family Guy: Part 2
Enjoy the continued adventures of the Griffins with volumes six through ten. Watch Peter, his family, and his loyal friends find their way in and out of trouble while dealing with Giant Chickens, Evil Monkeys, and everything in between.

Family Guy: Part 3
Catch up with the Griffins and their off-the-wall antics when you watch Seasons 10 through 14. In this hilarious collection, you’ll get a behind-the-scenes look at the making of the show, travel to Springfield as the Griffins meet another dysfunctional TV family, and much more.