Forum List What's new Dark Style Change width
Log in Register
What's new Search
Menu
Log in
Register
Navigation
Install the app
More options
Dark Style
Close Menu
Posted on April 14, 2019 by Martin Dew
You are using an out of date browser. It may not display this or other websites correctly.
You should upgrade or use an alternative browser.

Subscribers will get more than 150 channels, including regional programming. The AI-driven consumer experience promises to recommend TV shows based on viewing habits, and the package includes 1TB of storage on a provided DVR. Built-in apps include Pandora and iHeart Radio, while Netflix and YouTube are slated to appear later. Both Alexa and Google Assistant are supported on the cable box. 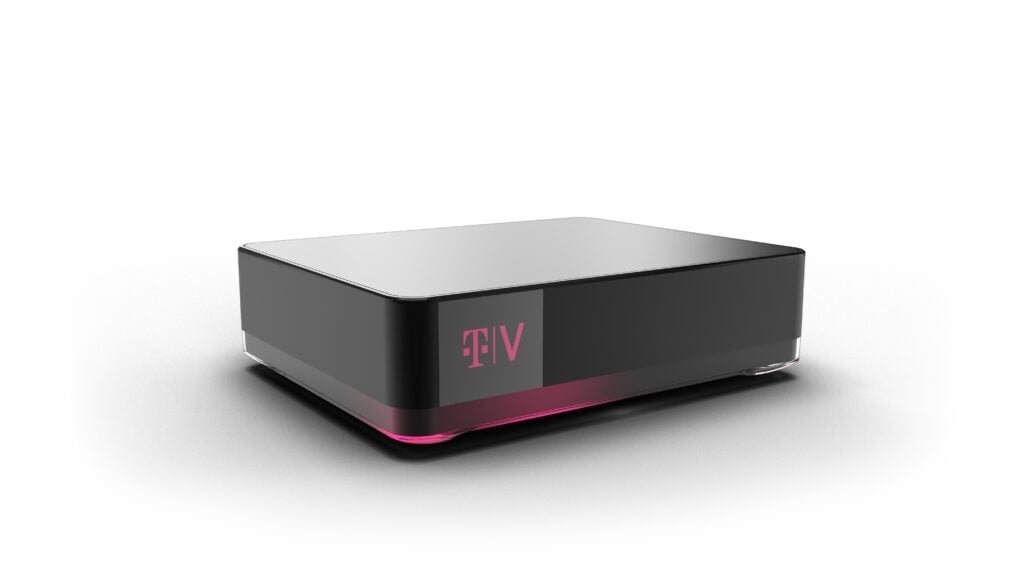 T-Mobile customers will pay $90pcm for the new service. Whether that proves competitive is yet to be seen, but the company says that the average cable customer is now paying $107.30 before extras. A Satellite Freedom program will pay off early contract termination fees for Dish and DirecTV customers, up to $500 via prepaid card, when they switch to TVision.

Following on its deal with Viacom last week, T-Mobile also announced they will launch nationwide streaming services later in 2019, bringing its “disruptive” approach to cable & satellite TV (aka the Cableopoly).

“TVision Home is about so much more than home TV… it’s TV built for the 5G era,” said Mike Sievert, COO and President of T-Mobile. “With New T-Mobile, we’ll bring real choice, competition, better service, lower prices and faster speeds…right into your living room. And – speaking of speed — while the Cableopoly innovates at the pace of the cable companies, we’ll innovate at the pace of the internet to give customers more value and more freedom more quickly.”

Interesting. Is this service being offered exclusively to existing T-Mobile voice customers or the general public?

I assume the pcm suffix means Per Calendar Month?


Martin Dew said:
the company says that the average cable customer is now paying $107.30 before extras.
Click to expand...

I would expect the price of this offering to increase over time and eventually represent the return of the bloated bundles it is now targeting. There's simply no way T-Mobile can offer relevant content for less than AT&T, Comcast etc. can.

Also no mention of the specific channel lineup so overall value cannot really be determined. I get it though. It's at it's beginning stages and specifics will be forthcoming for the target audience.
Last edited: Apr 19, 2019
You must log in or register to reply here.