Forum List What's new Dark Style Change width
Log in Register
What's new Search
Menu
Log in
Register
Navigation
Install the app
More options
Dark Style
Close Menu
Posted on April 20, 2020 by Matt Hough
You are using an out of date browser. It may not display this or other websites correctly.
You should upgrade or use an alternative browser.
Altered but still effective Tennessee Williams drama. 3.5 Stars

Tennessee Williams’ tale of illusion and delusion, of comeback and comeuppance comes to the screen slightly modified (and not for the better) in Richard Brooks’ Sweet Bird of Youth.

Tennessee Williams’ tale of illusion and delusion, of comeback and comeuppance comes to the screen slightly modified (and not for the better) in Richard Brooks’ Sweet Bird of Youth. With several noted members of its original Broadway cast repeating their stage roles (including stars Paul Newman and Geraldine Page), Sweet Bird of Youth doesn’t have quite the passion or depth of the best Williams plays, but it still manages to make a firm impression even with its dramatic alterations.

Once a promising Broadway actor and now a beach boy looking for a comeback, Chance Wayne (Paul Newman) returns to his home town of St. Cloud as the chauffeur-caretaker-lover-protégé of movie star Alexandra Del Lago (Geraldine Page), currently hoping for a comeback of her own and whom he hopes to use to help him break into the movies. Chance runs into trouble when he finds his ex-girlfriend Heavenly (Shirley Knight), the daughter of powerful state politician Tom ‘Boss’ Finley, still under the thumb of her domineering father. Finley, who more or less forced Chance to leave his daughter and the town many years ago, is determined to keep Chance apart from his daughter, but Chance has dreams of taking Heavenly back to Hollywood with him with Ms. Del Lago’s help in launching both of their careers in the movies.

Director Richard Brooks has brought Tennessee Williams’ successful Broadway play to the screen by writing the adaptation, much as he had done four years earlier with a different (and superior) Williams play Cat on a Hot Tin Roof. In both cases, Brooks had to alter key plot and character points to bring the narrative into a form that would be approved by the Production Code, but in the case of Sweet Bird of Youth, what had been a tragic downfall for the leading man turns here into a much less violent and ultimately happy ending thoroughly damaging the playwright’s intentions for his gigolo main character. Brooks is successful in bringing some of his characters into the outdoors helping to lessen the feeling that this is a photographed stage play (the Cinemascope aids with that, too), most especially in a sequence set near a gulf lighthouse and in a series of flashbacks that fill us in on Chance’s backstory with his acting career and his courtship of Heavenly and with Alexandra’s movie comeback experience and the sneak preview that sent her scrambling for the exit.. But he decides to reform his leading male character by turning him from a using, self-centered and conniving beach bum into a selfless giver who willingly turns over blackmail material he had intended to use to force the movie star into negotiating a screen test for him and thus reuniting him with his true love earning a ride into the sunset. Elsewhere, there are still ugly moments with the treacherous “Boss” Finley and his mistress Miss Lucy and a continual focus on Del Lago’s dependence on Benzedrine, vodka, and hashish (surprising that the pot smoking made it into the movie but a narrative point from the play about Heavenly hysterectomy had to be altered for the censors).

Paul Newman reprises his stage performance as Chance Wayne, and he does an excellent job as the calculating cad realizing his shelf life as a potential movie star is ebbing by the hour (though he can’t do much when the script insists he becomes saintly out of nowhere). Geraldine Page earned a Tony nomination for her stage performance and an Oscar nomination for her screen incarnation: she milks every ounce of spoiled star demands and ego that she can muster from the script and is always on the money emotionally from her lowest lows to her highest highs even though she’s really too young for the role as originally envisioned. Tennessee Williams wrote the part for Tallulah Bankhead who didn’t want to play an old, has-been actress on the way down. Rita Hayworth would probably have been the best Hollywood bet for the part, but she turned it down, too, (along with Lana Turner) before Page was recruited to repeat her stage role. Ed Begley is electric as the galvanizing corrupt politician “Boss” Finley, a dynamic performance that earned the film its only Oscar. Shirley Knight as the too-good-to-be-true Heavenly does what she can with an underwritten part and so does Mildred Dunnock as the sympathetic Aunt Nonnie. Madeleine Sherwood repeats her stage role as the vulgar, crass Miss Lucy out for revenge once “Boss” turns on her, and Rip Torn, another repeat from Broadway, scores nicely as Finley’s weak but bullying and dominated son who can never do anything to satisfy his father.

The film’s Cinemascope theatrical aspect ratio of 2.40:1 is faithfully rendered in 1080p resolution using the AVC codec. Overall, the image is beautifully rendered with the sometimes unpredictable Metrocolor solid and appealing this time around. There is one moment in a beach scene where an optical close-up of Begley and Knight is soft and overly grainy, but that was likely part of the original negative even though it doesn’t match the scenes which come either before or after. The movie has been divided into 28 chapters.

The DTS-HD Master Audio 2.0 mono mix is very much true to the era’s sound designs. Dialogue has been expertly recorded and has been blended professionally with the occasional music interludes and the sound effects. There are no problems with age-related anomalies like hiss, crackle, pops, or flutter.

Sweet Bird of Youth: Chasing Time (11:44, SD): film historians Eric Lox, Del Shores, and Drew Casper comment on the original Tennessee Williams play and the differences between it and the movie version. They are abetted by comments from actors Shirley Knight, Rip Torn, and Madeleine Sherwood.

Geraldine Page/Rip Torn Screen Test (2:56, HD): Page performs her role while Torn performs the role of Chance in this screen test which uses the play rather than the movie script.

Richard Brooks’ Sweet Bird of Youth does not have the dramatic impact or the haunting tragedy of the stage version, but it nevertheless makes for solid entertainment for fans of the playwright, director, or the stars. 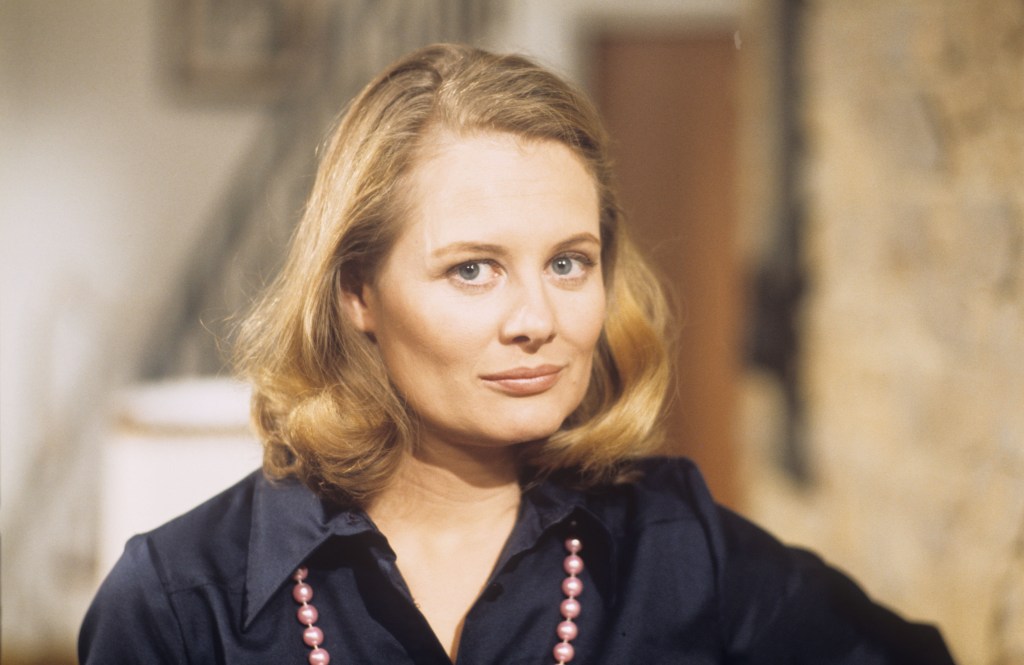 Shirley Knight, a Tony- and Emmy Award-winning actress whose long and varied career included Oscar-nominated performances in 1960’s The Dark at the Top of the Stairs and 1962’s Sweet Bi…

Yes, I read this when I logged on this afternoon and was very unhappy to read that she had passed. Lovely actress with a Tony, three Emmys, and two Oscar nominations to her credit. She was always an asset to any production which she was a part of.
R

I feel fortunate to have seen Knight and Torn on stage in The Young Man From Atlanta. She was luminescent.

Geraldine Page should have won the Oscar in my opinion instead of Anne Bancroft.......
You must log in or register to reply here. 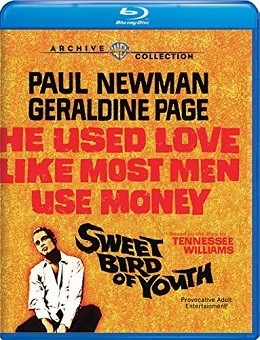