Posted on May 12, 2017 by Dave Upton
Stellar looks and punishing bass output combine in the SVS SB16-Ultra. Highly Recommended. 5 Stars 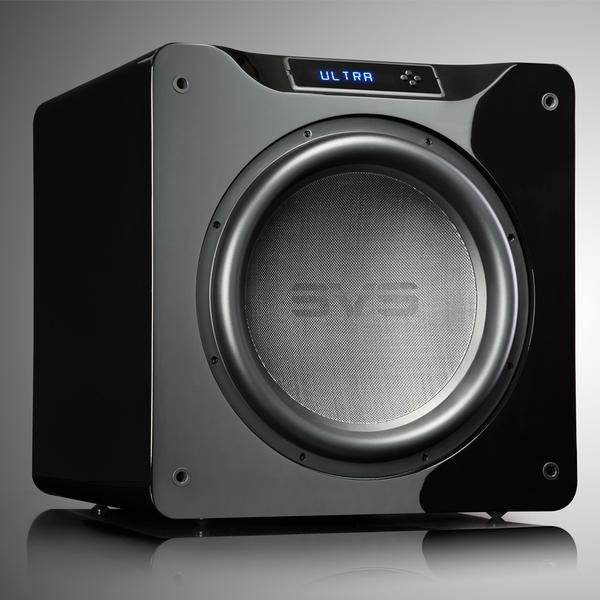 Two years ago if you had asked any home theater enthusiast to name the top subwoofers on the market, you would likely have heard reference to the JL Audio Fathom F113, perhaps a Velodyne, and the venerable SVS SB and PB-13 Ultra, and for good reason. SVS’ former top of the line products were well known for providing punishing amounts of bass at a price far lower than JL’s Fathom F113. As of last year SVS has launched their new flagship, the 16-Ultra series,  which includes the sealed SB16-Ultra and ported PB16-Ultra. The 16-Ultra series are a fundamental refresh of SVS’ most iconic product. This refresh brings with it a plethora of new technology and innovations in addition to some fantastic aesthetic changes. I was happy to have SVS offer to send over the sealed variant of the 16-Ultra series, the $1999.99 SB16-Ultra for a test drive in my system.

In terms of major updates to their product, SVS has released a brand-new custom designed 16” driver with this series that features an 8” edge wound voice coil, the largest you’ll find in a consumer sub. They paired this with a significantly upgraded amplifier vs the previous Ultra series that has much greater output capability. Finally, and perhaps most significantly, SVS has released an app for both Android and iOS that allows owners to manage subwoofer configuration, including levels, crossover, polarity, DSP based EQ curves and presets from the comfort of their couch. The app connects to the SB16-Ultra via Bluetooth, and quickly becomes an indispensable tool that I find myself wishing all subwoofers had. 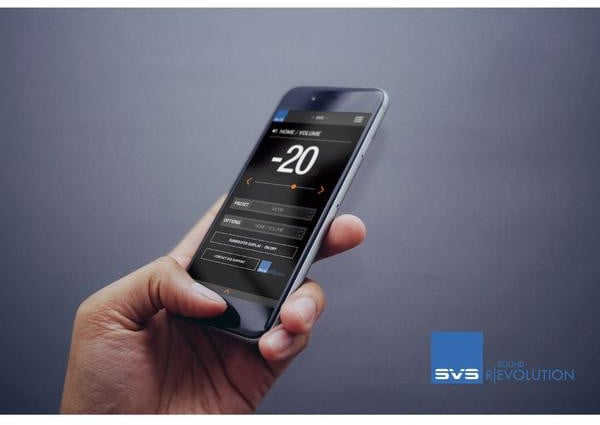 The SB16-Ultra arrives in a very large box, that SVS has obviously put some serious thought into. The box is clearly labeled to assist with both orientation and opening instructions. The box opens on both sides, allowing the sub to be pushed out of the box on its foam sleds, and easily ettled into position with a minimum of risk to happy bass heads’ lower backs. 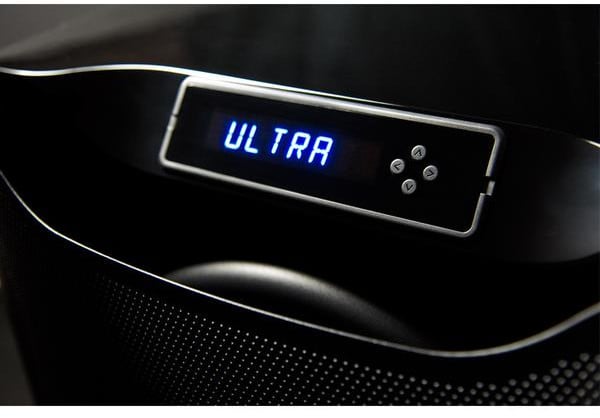 Pulling the SB16-Ultra out of the box, it is immediately obvious that this is a very sexy subwoofer. The piano black finish is flawless, drawing attention to the chamfered LED control panel on the top of the front panel and right beneath it the new 16” woofer. The woofer itself is clearly a new material, no longer sporting the flat cone of old and replaced with a fiberglass resin composite that looks like carbon fiber.

The sub includes a very attractive grille for the front and a remote, though the remote is about as plain as it gets since most owners will be using the app.

In terms of build quality, the SB16-Ultra is clearly built like a tank. The knock test which will sound hollow on standard half-inch MDF sounded more like hitting a granite counter top than a subwoofer. Weighing in at almost 145 pounds, this is unquestioningly a heavy duty piece of audio engineering.

The new 16” woofer itself is also clearly of high quality, with a very robust surround that is obviously engineered to handle a significant amount of excursion. 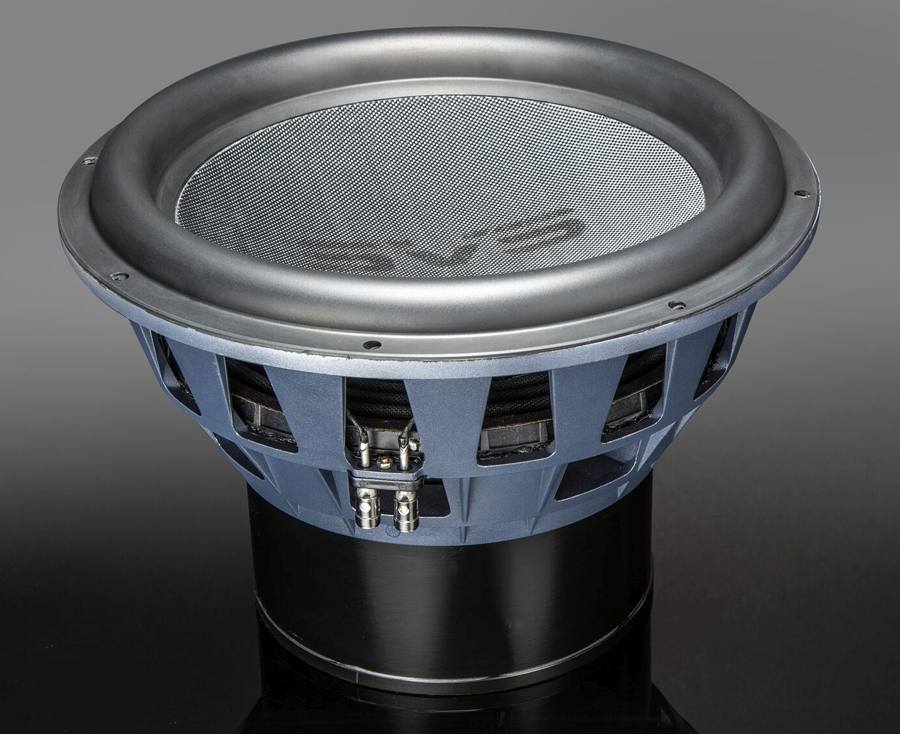 The amplifier included in the SB16-Ultra is SVS’ new 1500W Sledge Class D amp, with peak power delivery of close to 5000W. The connections on the rear are high quality and logically laid out. SVS’ included power cord is of a thick gauge, so there should be no bottleneck getting plenty of current into this monster when it needs it. 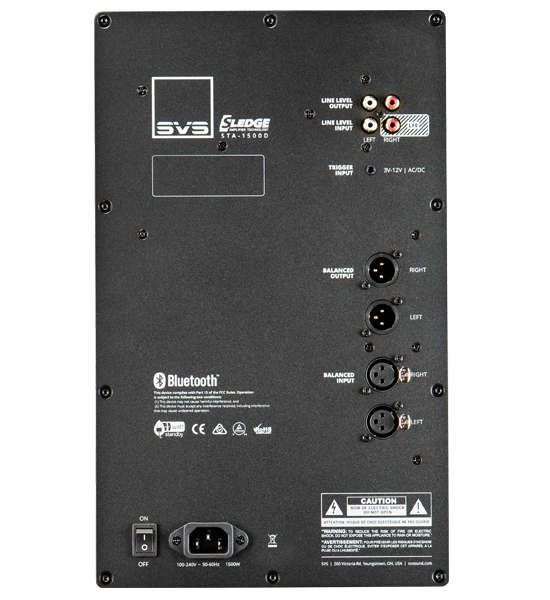 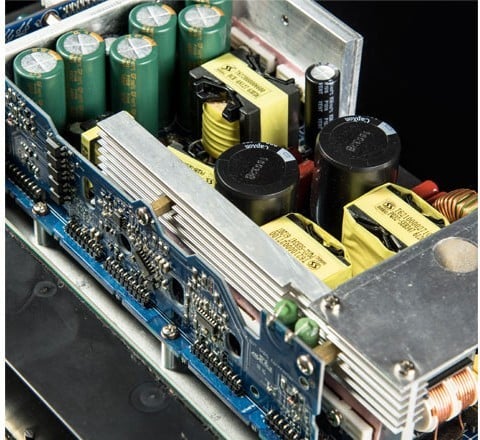 Setting up the SB16-Ultra was much easier than usual, due to the fantastic packaging materials. As a result, moving the subwoofer into my sweet spot took all of five minutes, with an additional 10 minutes to get the packaging material off, get everything cabled up and prepare for calibration.

Calibration was performed using Audyssey MultiEQ XT32 Pro on a Marantz AV8802A processor. I used my pro kit to measure in 10 positions around the listening area, and selected the standard target curve.

After this was completed, I used my Galaxy SPL meter to fine tune levels (I typically like to adjust my subs up by 1.5dB and slightly tweak center channel and surround levels.

I evaluated the SVS SB16-Ultra using a combination of music and movies. I began with music, listening to B-Tribe’s Volume 5 & Volume 6 albums. Two entries that have amazing recording quality and plenty of deep bass. The SB16-Ultra immediately impressed me with its speed, handling transient low strings with aplomb. The track Agua Azul on Volume 6 has an excellent plucked bass line that frays quickly with poorly designed for calibrated subs. When a sub is capable of extremely articulate bass reproduction, the plucked bass notes decay much faster giving a sense of impact that is easily lost on less resolving systems.

I followed this track up with Sin Alegria, a much darker song that features an incredibly deep bass/drum sequence that repeats throughout the chorus. The SB16-Ultra dug deep, filling my room with visceral bass while also demonstrating its tight control and excellent transient response. This is perhaps the most intriguing part of the SB16-Ultra – its speed and tactility. Only a handful of subs have this quality, but the difference is both heard and felt. Instead of bass that booms, this is bass that hits, and it hits hard. The best subwoofers all seem to have this in common, blending into the sonic background in such a way that the integration between your main speakers and subwoofer is nearly seamless, while demonstrating the speed and “tightness” in bass reproduction that we all desire so much. 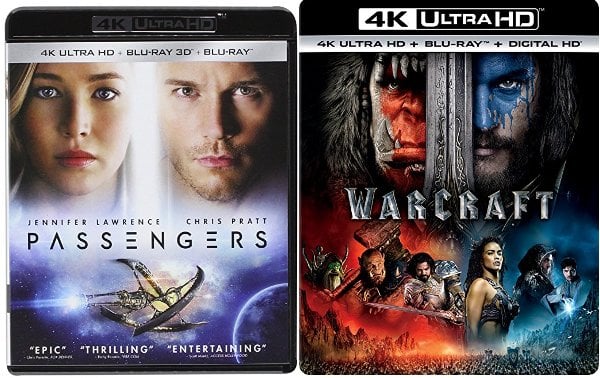 Moving on to films, I started off with the UltraHD Blu-ray of Passengers, which features some great LFE in the opening sequence. As the vessel begins to activate the shields to absorb more asteroid impacts there is a wave of bass that builds to extreme intensity before quickly dissipating. The SB16-Ultra once again showed its raw power here, coming out of nowhere to rattle my room and pressurize the space.

I wrapped up my film evaluation with the UltraHD Blu-ray Warcraft, which features stunning visuals and plenty of great low frequency effects. The SB16-Ultra acquitted itself extremely well, reproducing everything from the thunder of the Orc horde running towards the portal, to the visceral impacts of battle. Individual percussive elements like the impact of an Orc hammer on a human soldier had depth and authority, noticeably compressing the air in the room. The scene where Medivh calls down lighting to block the canyon was particularly impressive, and was both heard and felt throughout the theater. There’s no question that when called upon to deliver deep and authoritative bass the SB16-Ultra can flex its ample muscle and deliver impressively clean output and very high sound pressure levels. 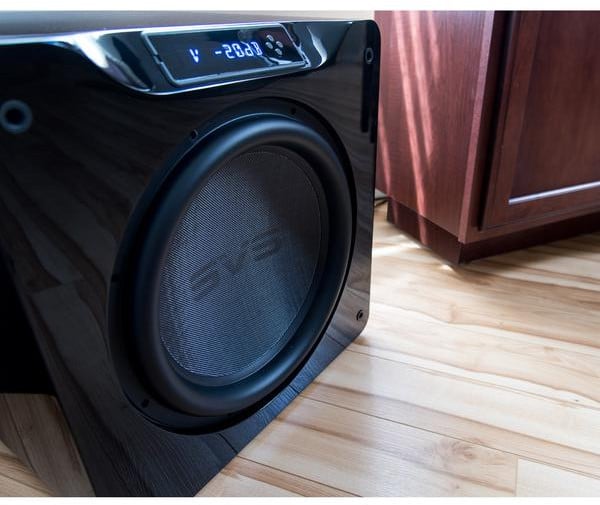 As with everything else in our hobby, each purchase is a trade-off, with pros and cons to each product. Those looking to purchase a subwoofer with a budget of approximately $2500 have a plethora of options, so let’s break them down:

1) Multiple subwoofers: In large or acoustically challenging rooms, there is no substitute for multiple subs. They will even out the frequency response anomalies of the other subs in the room, and yield a much flatter response at a larger number of listening positions. If you have the space, it’s worth considering dual slightly lower end subwoofers rather than a single Ultra, as you’ll probably end up with a better overall in-room response, despite the lower end subwoofer’s significantly lower output capabilities.
2) Single subwoofer: For the average home theater enthusiast with a system in a common or living room, or even the dedicated theater, it can be hard to find room for a 2nd subwoofer, and that’s perfectly fine. You can achieve reference quality bass reproduction with a single well engineered subwoofer like the SVS SB-16Ultra.

Those who are after pure output and aren’t particularly picky about cabinet size or finish quality can certainly get more boom for their buck with products from other brands, but most don’t offer anything that’s as aesthetically polished and feature rich as the SVS, while offering a sonic advantage only at the lowest frequencies and the highest output levels. Those willing to spend more can own a subwoofer that in sonic terms matches and in more demanding installations outperforms the SB16-Ultra, but this requires going to more boutique manufacturers that don’t have the same customer service capabilities that SVS does.

In the case of the SB16-Ultra prospective owners can look forward to excellent sonic performance that betters the mainstream competition in almost every way, features and aesthetics that are unmatched (and designed for wife approval), and a very reasonable value proposition. In comparison to its competition, the SVS SB16-Ultra is about as close as a product gets to a home run in this hobby. Highly Recommended.