Forum List What's new Dark Style Change width
Log in Register
What's new Search
Menu
Log in
Register
Navigation
Install the app
More options
Dark Style
Close Menu
Posted on July 6, 2016 by Todd Erwin
You are using an out of date browser. It may not display this or other websites correctly.
You should upgrade or use an alternative browser.
Great Value 4.5 Stars

When it comes to home theater, I’m probably one of the more budget-conscious people you’d ever meet. I’ve been involved in home theater since 1985, before there really was such a thing, connecting my Beta HiFi VCR to my bookshelf system, and adding rear speakers using the audio out on the receiver/amplifier to a seperate amp and using a poor-man’s surround solution to decode the matrixed rear channel. All of this using hand-me-down speakers and equipment from my parents or gear I picked up at garage sales. It impressed my friends (but not the girls), however it did ignite a passion for getting the best bang for your buck in home audio. My tastes in equipment has matured over the years, more recently opting for a Marantz SR5008 receiver (probably the most high-end piece of my current setup) with Energy CB-10 and CB-5 bookshelves and a CC-5 center channel, with an OSD PS10 as my subwoofer. It’s been a pretty nice setup, offering impressive theater-like sound without annoying the neighbors (I live in a condo).

My first experience with speaker manufacturer SVS goes back to the very first event I attended with Home Theater Forum, the 2008 EMA Home Entertaniment convention at The Palms in Las Vegas, Nevada. SVS provided the speakers for HTF’s conference room, and again a few months later at the 2008 HTF Hollywood Meet at the Burbank Marriott. I had never heard of them before, but was very impressed with their quality and imaging ability. Their price, however, were way out of my league.

Fast forward six years, and I was given the opportnity to review the company’s SB-2000 and PB-2000 subwoofers, which were exceptional. Which brings us to present day, and my review of the new Prime Towers from SVS. Weighing in at 40 pounds each and standing at just over three feet high, the speaker consists of a 1″ aluminum dome tweeter, a 4.5″ mid-range, and two 6.5″ woofers (each with a discrete crossover), and dual 1.7″ wide-flared rear firing ports. SVS also inclulded a pair of their SoundPath Ultra speaker cables, terminated with banana plugs, which I used to easily connect the speakers to my Marantz receiver. The SoundPath Ultra cables are made-to-order in lengths of 4 to 50 feet with your choice of banana plug or spade connectors on each end (you can mix or match depending on your needs) that are hand-soldered. I placed the towers on either side of my LG 65F8500 display (replacing my Energy CB-10 bookshelves), and ran the Audyssey setup. I was not surprised that Audyssey not only detected the Prime Towers as Large speakers, but that they did not require a crossover setting.

After a few additional tweaks to the automated settings, it was time to demo some material in Direct mode. First off was Elton John’s Someone Saved My Life Tonight from Captain Fantastic and the Brown Dirt Cowboy SACD in 2-channel stereo. The sound was enveloping and immersive, filling my room with sound yet providing directionality to various instruments, while placing Elton John’s vocals directly between the two speakers. The higher frequencies of the song were reproduced clearly, and bass response was exceptional, all without the use of a subwoofer. Next up was Sing Along from Blue Man Group’s DVD-Audio The Complex, first in 2.0 PCM. The results were very much the same, but with a much deeper bass response (as would be expected from Blue Man Group). Switching to the DTS 96/24 5.1 mix of the same song, adding in my Energy CC-5 center, CB-5 bookshelf surrounds, and OSD PS10 sub, the front sound stage had more discrete separation than it did with the Energy CB-10’s the Prime Towers were replacing. To round out my music demos, I listened to Star Wars: The Force Awakens soundtrack on CD. John Williams’ score came through with great clarity and resonance, especially the quiet, low-key beginnings of Rey’s theme during track 2, The Scavenger. The Prime Towers shined even more when I switched to movies. Star Trek Into Darkness, Independence Day, Gods of Egypt, and Deadpool all had increased clarity, bass response, and discrete stereo separation when demoed.

You are not likely to find a 3.5-way tower in this price range from any other manufacturer with similar qualities (unless it’s on clearance). When you combine that with the SVS Customer Bill of Rights (which includes a 45-day free trial period with free return shipping, 5-year unconditional warranty, 60-day price protection, 1-year performance upgrade, 1-year trade-up policy, lifetime tech support, and lots more), the SVS Prime Towers are a great value for any home theater enthusiast looking to graduate from satellites or bookshelves.

Thank you for your review. I have been an Energy fan for over a decade, and currently using CF-30's and a CC-10 for my front three. Having recently bought the SVS SB-2000 (based on yours and others reviews), I am thinking of taking the plunge to these SVS towers...As an owner of Energy (and reviewer of SVS) do you think its worth the upgrade?

Definitely worth it!
S

Todd Erwin said:
Definitely worth it!
Click to expand...

Looks like I'll be moving towards the SVS then! Any advice on in-ceiling atmos speakers that are timbre matched with the SVS line?

I have the SVS Ultra Towers and a PB12-NSD and PB-2000. Awesome! (plus Ultra Bookshelf for center behind the screen).

Just ordered a pair of the prime towers. How many hours should I run them before I determine if I should keep them or not?

Update 11/13 - The treble on this was fatiguing with some music. With certain types of music they were outstanding but were unforgiving with female voices or trumpets.

I wanted to like them and I gave them about 50 hours , but it was too bright for my taste.
You must log in or register to reply here.

Yesterday at 9:10 AM
cchristian6
C

S
Building a House and I get a home theater budget! Need input.

C
Did my dd. need Speaker advice/opinions for first system. 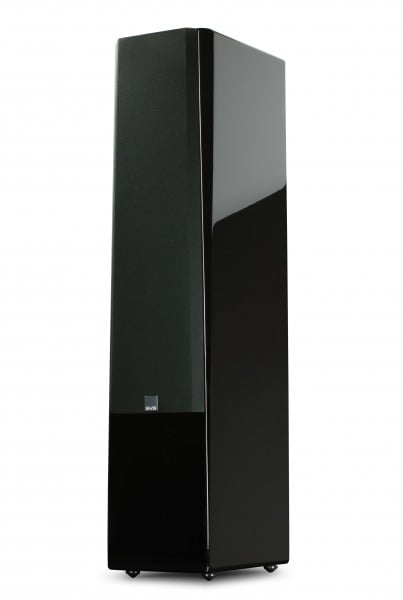