Forum List What's new Dark Style Change width
Log in Register
What's new Search
Menu
Log in
Register
Navigation
Install the app
More options
Dark Style
Close Menu
Posted on January 20, 2019 by Sam Posten
You are using an out of date browser. It may not display this or other websites correctly.
You should upgrade or use an alternative browser.
When you dance a dance of another, you make yourself in the image of it's creator. 2.5 Stars

When Patricia (Chloe Grace Moretz), the featured dancer for the Helena Markos Dance Troupe goes missing, American Susie Bannion (Dakota Johnson) arrives just in time to take her place. Lead choreographer Madame Blanc (Tilda Swinton) immediately takes Susie under her tutelage, and Susie rises to the lead dancer almost immediately. What the dancers don’t know is that the troupe is a front for a coven who worships a trio of ancient witches. Patricia was under their spell, and wrote of “Three Mothers lost to time, predating all Christian invention; pre-God, pre-Devil. They are the source of all energy and chaos: Mother Tenebrarum, Mother Lachrymarum, and Mother Suspiriorum. Darkness, Tears, and Sighs.” The coven plans to use the troupe’s dancing as a master spell, to restore the spirit of the Suspiria witch into a new body, and Susie is the new lead candidate for that sacrifice. 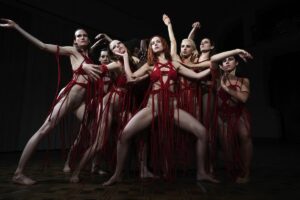 Set during a time of political upheaval in pre-unification east and west Germany, Suspiria 2018 is an entire re-imagining of the ancient witch trio story originated by Dario Argento, including his most famous, Suspiria (1977). Where Argento used lavish and lush colors, especially reds, writer/director Luca Guadagnino substitutes cold whites and greys. Gone too are the gothic techno sounds of Goblin, replaced by laconic synth songs by Thom Yorke of Radiohead.

Where the story, visuals and sound don’t live up to those of the original, the outstanding performances of the all female cast shines. Even that is intriguing, as the film opens with Patricia visiting her therapist, Dr. Josef Klemperer, billed as being played Lutz Ebersdorf. In reality Klemperer is played by Swinton in heavy prosthesis. Swinton even appears in a scene as a 3rd on screen character simultaneously, as Markos herself, a toady grotesque confined to a wheelchair. Despite this triple threat the film belongs to Johnson, her dancing is electric and matches the professional dancers rounding out the cast at every beat.

In some ways you can point to Suspiria as one of the last films before the rise of the #MeToo movement. It’s a male driven narrative that purports to explore female sexuality, cruelty, dance and camaraderie. Overall Suspiria is by turns inscrutable, frustrating, embarrassing, and then balanced by the power and and exhilaration of the company performing the hyper-sexualized Volk dance. It never really makes a whole lot of sense, but the dancing is terrific and the blood ritual at the end is fun to experience.

The bottom line is that it seems like Guadagnino really had something he wanted to say with this film, and he never really makes that point all that well. Somewhere in there something trying to be said about shame, bearing witness to the evils that surround us, women gaining power in a male dominated world, and the magic of dance, but you can’t really boil it down so easily. As one specific example: Susie sprouts some kind of vagina dentata during the finale, but it’s where her heart should be. Is there a message in there or is it merely designed to just look cool as hell? That’s the kind of ambiguity that marks this whole film. 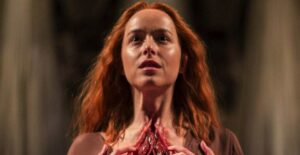 Suspiria does not have a 4k home release and that seems like a weird choice, especially given the lavish production of the original. IMDB lists a number of Arricam sources used to shoot it, and having had a 4kDI produced. Other than that complaint the film looks fine, if a bit pedestrian. No ringing or grain/noise. The Volk dance and the blood ritual at the end make terrific use of contrasts of red versus black. Dance outfits in a dark stage production in the first and blood against a hidden basement dungeon in the second. 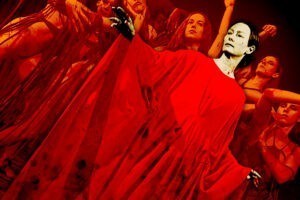 Despite not having a UHD release this Bluray features a full Dolby Atmos track. There’s a bit of height data throughout that is highlighted in the blood ritual and Volk dance sequences, but it’s subtle. As is Yorke’s laid back soundtrack, which can be heard in all corners but without really calling attention to itself. The Atmos surround does come alive in the Volk dance, with the dancers breathing, pounding, jumping and singing in hushed tones around you. Bass is minimal througout. It’s nowhere near as attention grabbing as Goblin chants being blasted in your face, but it suffices.

There are 3, five minute or shorter each, featurettes here.

The Making of Suspiria talks to cast and crew about the motivations for doing a remake
The Secret Language of Dance shows Johnson’s efforts to become a dance lead and how Dance influences the story’s spells
The Transformation of Suspiria highlights the practical and video effects used, especially the prosthetic arms and legs 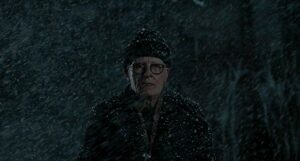 Overall I found Suspiria a bit flat. It makes a ton of choices that sets it off on its own from Argento’s original, but it never wraps those choices in a coherent vision for what it’s trying to say or why it needed to be remade at all. The performances made it at least watchable, with both Swinton and Johnson proving their mettle in very different ways. It’s possible this is a setup for Guadagnino to try to remake the rest of the trilogy and it will all gel together in the end.

I’m not so sure that’s in the cards tho. Recently Argento complained to the press that he was not a fan of the remake. “It did not excite me, it betrayed the spirit of the original film: there is no fear, there is no music. The film has not satisfied me so much.” Ouch. I can agree with that in some ways, but for him to come out and say it so publicly must be a real sting. Maybe one day we’ll see the rest of the story come together. 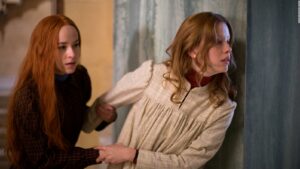 Thanks for the review, Sam. I am a big fan of Argento's films, and especially love his Suspiria. I may check this out eventually via streaming as a rental as a comparison, but don't really want to spend my hard earned dollars on a blind purchase of the BD release. Since Amazon Studios was involved in the production, it may even show up for free viewing for Prime members.

FYI, Amazon is selling a 4K/UHD streaming version of the film for $14.99, so there is a 4K transfer out there.

Scott Merryfield said:
Thanks for the review, Sam. I am a big fan of Argento's films, and especially love his Suspiria. I may check this out eventually via streaming as a rental as a comparison, but don't really want to spend my hard earned dollars on a blind purchase of the BD release. Since Amazon Studios was involved in the production, it may even show up for free viewing for Prime members.

FYI, Amazon is selling a 4K/UHD streaming version of the film for $14.99, so there is a 4K transfer out there.
Click to expand...

There is an upcoming German UHD release, but no word yet on whether it will have English-subs for the German dialogue scenes.

EDIT: Nevermind, now I see it. It's a completely different listing. Given how sparse the extras are on the Blu-ray, I'll probably just go for the 4K streaming version myself.

There is an upcoming German UHD release, but no word yet on whether it will have English-subs for the German dialogue scenes.

EDIT: Nevermind, now I see it. It's a completely different listing. Given how sparse the extras are on the Blu-ray, I'll probably just go for the 4K streaming version myself.

FYI, this is now available to watch for free on Amazon for Prime members.

I saw Argento's original Suspiria twice in row on the day of it's release. Up until that time I had seen all of his previous films theatrically, mostly in empty theaters. I knew then in 1977 and know now it could never be duplicated. The colors would be too hard to compete with, which is why this almost 3 hour bore fest was devoid of color. Directors and writers need to know that you do not remake Jaws, Raiders, Cool Hand Luke, etc. We have had to sit thru torture tests of the remakes of The Time Machine, Planet Of The Apes, The Getaway and Straw Dogs. I know folks are getting excited talking about Mel Gibson's remake of The Wild Bunch and am glad the Stallone remake of The Dirty Dozen never materialized. I was lucky to see all of the classics in the theaters during their original releases from 1963 on and only watched the Suspiria remake after speaking with my son, who also despised the film. A little arty, yes, but on the whole, why?

Just ordered the 4K UHD from Germany. Thanks for the review!

I bought the Amazon 4K UHD stream. It looks great!
You must log in or register to reply here. 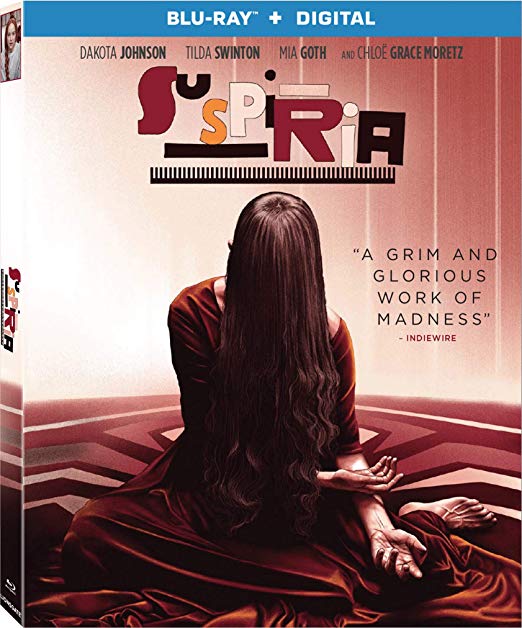