David Swift’s How to Succeed in Business Without Really Trying emerges as a bright, funny, and slick Big Business satire 1960s style with wryly tuneful songs and enjoyably engaging performances.

When bringing a Broadway musical to the screen, directors have mainly two choices: to offer a modified form of photographed theater (My Fair Lady) or to open up the musical to many cinematic possibilities (The Sound of Music). In fashioning the multiple-award winning musical satire How to Succeed in Business Without Really Trying for the movies, producer-director-screenwriter David Swift opted for the former approach thus giving us a pretty clear idea of what the original show looked like on the Great White Way (even down to casting most of the principal roles with original Broadway leads or replacements). What emerges is a bright, funny, and slick Big Business satire 1960s style with wryly tuneful songs and enjoyably engaging performances.

Stuck in a dead-end job as a lowly window washer, Pierpont Finch (Robert Morse) picks up a how-to paperback at a corner news vendor that explains in step-by-step fashion the ways to advance quickly and ruthlessly up the corporate ladder. With his own brand of calculated charm, Finch does progress rapidly from the mailroom through the junior executive pool to promotions into personnel management and finally to vice president in charge of advertising where, in order to stop the rapid advancement of his rival, the boss’s (Rudy Vallee) nephew Bud Frump (Anthony Teague) tosses him an idea sure to fail and bring Finch back to Earth. Through it all, loyal secretary Rosemary Pilkington (Michele Lee) never stops believing in Finch’s ability to find solutions to any problem.

Producer-director-screenwriter David Swift never strays far from the Tony and Pulitzer Prize-winning Broadway libretto by Abe Burrows, Jack Weinstock and Willie Gilbert complete with long takes with the actors featuring very few cuts apart from occasional close-up inserts (some of which are too big and poorly framed) and even using ill-advised song reprises (“Been a Long Day” with the boss, his mistress, and his snake of a nephew) which could have been covered with a simple dialogue moment. The show is a broad satire of corporate behavior peopled basically by cartoon characters: boobish executives who are oblivious to all around them but always on the make and secretaries conscious only of looks and work breaks. Despite hewing closely to the show script, there have been quite callous cuts in the Frank Loesser stage score with three of Rosemary’s singular moments now gone (we do hear “Paris Original” as part of the background music, but the hilarious sight gag associated with the number is no longer present) and the big “Coffee Break” number which was Frump’s big moment also eliminated (though it was recorded and filmed). Elsewhere, though, we do get the wonderful Finch paean to his own greatness “I Believe in You” sung in counterpoint with the jealous executives desperate to bring him down recreated practically verbatim from the stage (even down to actors freezing in place here and elsewhere in the movie in a stagey manner) and the stage’s two big production numbers “A Secretary Is Not a Toy” (with some nifty, stylized dancing) and “Brotherhood of Man” are also presented entertainingly intact with choreographer Wade Moreda recreating Bob Fosse’s stage movements.

Robert Morse recreates his Tony-winning Broadway performance as the charming schemer J. Pierpont Finch. He plays it overly broadly in the manner of a stage performance, but since these are caricatures of actual people, he gets away with the hamminess and emerges as an endearing charlatan. Michele Lee who wasn’t the original Broadway Rosemary but a replacement into the run offers her warm, clear vocals and open-eyed genuineness to great effect and is the least cartoonish of the principals. Since she’d been robbed of most of her stage songs, Swift added a ballad version of “I Believe in You” for her to sing to Morse (meaning his version later in the movie is actually a reprise) which she performs with a melting vocal style which is quite captivating. Also from Broadway, Rudy Vallee has fun with the dithering boss J. B. Biggley, Ruth Kobart lends a forceful presence and big mezzo-soprano vocals as executive secretary Miss Jones, and Sammy Smith does double duty reprising both mail room head Mr. Twimble and CEO Wally Womper. Anthony Teague seems less insidious than his stage counterpart as Bud Frump, Maureen Arthur has the va-va-voom body and wiggle as airhead bimbo Hedy LaRue, and John Myhers, Jeff Debenning, Robert Q. Lewis, and Paul Hartman all fine as yes-men executives who blanch at Finch’s swift rise to the top.

The film’s Panavision aspect ratio of 2.35:1 is faithfully rendered in this 1080p transfer using the AVC codec. Though sharpness is fine and there are fewer problems here with dirt and debris than in other MGM transfers, color seems the slightest bit faded from memories of theatrical showings with intense, almost pop art color. Skin tones, however, are completely realistic, and contrast is consistently applied throughout. The movie has been divided into 24 chapters.

The disc offers DTS-HD Master Audio 2.0 mono and 5.1 tracks. The mono track is a bit louder and seems more likely closer to the theatrical presentation though the 5.1 track is an enjoyable listening experience hearing the delightful musical score expanded slightly into other channels. There are no problems with age-related artifacts like hiss, crackle, or flutter in either track.

Isolated Music and Effects Track: the DTS-HD Master Audio 2.0 track is mostly mono with some seepage into the surround channels.

This Book Is All That You Need: Robert Morse on J. Pierrepont Finch (19:00, HD): the actor reminisces on his early career getting into four major productions in a row culminating with How to Succeed on stage. Though he enjoyed making the screen version, his heart seems to belong to his stage memories as he reenacts snippets of several songs from the score.

A Secretary Is Not a Toy: Michele Lee on Rosemary Pilkington (16:21, HD): the actress shares memories of starring in the stage and screen versions of the show.

Six-Page Booklet: contains some color stills, original poster art on the back cover, and film historian Julie Kirgo’s salient essay on the film.

Though the Broadway show ran for three-and-a-half years, the screen version of How to Succeed in Business Without Really Trying didn’t really score the hit that was expected for it. In retrospect, however, it’s a wonderfully entertaining musical cartoon look at Big Business of the 1960s complete with engaging performances and a first-rate musical score. There are only 3,000 copies of this Blu-ray available. Those interested in purchasing it should go to either www.twilighttimemovies.com or www.screenarchives.com to see if product is still in stock. Information about the movie can also be found via Facebook at www.facebook.com/twilighttimemovies.

I have always enjoyed this film and am very happy that TT has released this on Blu-ray. I have ordered it.
Expand signature
HTF Rules | Visit us on: Twitter | Facebook | YouTube
Multi-Purpose HT Build Thread | Dedicated Home Theater Build Thread (old)| My Theater Construction Gallery 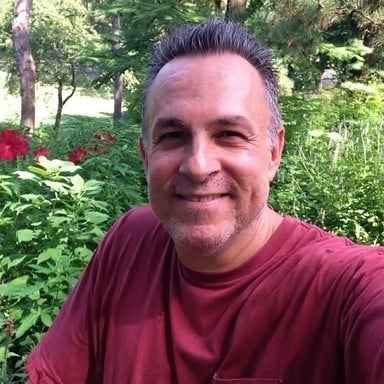 Watched it last night. Probably as good as it will ever look. Slightly faded, but enjoyable. More disappointed in the sound design. Sounds like repurposed mono expanded to 5.1. Not sure if it ever had a discrete stereo release, but rumor has it that there were limited stereo prints made, probably for the large venues like Radio City.

I saw this film opening day at Radio City Music Hall.
It was stereo and still had the Coffee Break number in it.
Talked in the early nineties to David Swift, the director.
Radio City complained that the film just ran over two hours and that was too long to get the rockets on too.
They cut the coffee break number and the film ran in mono from then on.
UA cut the other prints to conform to eh NYC print and all went out in mono.

Joe Caps said:
I saw this film opening day at Radio City Music Hall.
It was stereo and still had the Coffee Break number in it.
Talked in the early nineties to David Swift, the director.
Radio City complained that the film just ran over two hours and that was too long to get the rockets on too.
They cut the coffee break number and the film ran in mono from then on.
UA cut the other prints to conform to eh NYC print and all went out in mono.
Click to expand...

We went over this over a year ago. There was no room in the opening day schedule for another five minute musical number. I think you're mistaken.

Of course there was room for the Coffee Break number. Producers cut the film before it opened not the Music Hall. Years later they would say it was the Music Hall's fault. Radio City did not have final cut approval.
The Disney Company said this untruth also about Bednobs and Broomsticks.
The Music Hall not only played a number of films over 2 hours they played 2 and 1/2 hour films even with a holiday show. All they needed was to fit in the Rockettes, ballet company and an overture by the orchestra which was easy in a half hour and they had a show.
To show you how inept United Artists was concerning this film not only did they throw away the Coffee Break number they destroyed all the first run stereo prints. So these terrific Broadway brassy orchestration can only be heard on the soundtrack album and Coffee Break is seemingly lost for good.
And it must have been done at the very last moment because the opening day artwork includes it.
Fun fact: Mary Blair worked on the production design.
You must log in or register to reply here.
Share:
Facebook Twitter Reddit Pinterest Tumblr WhatsApp Email Link 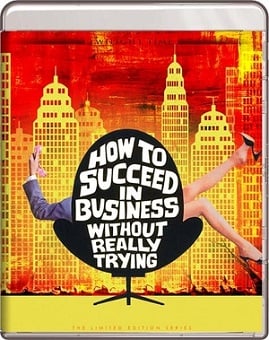