Forum List What's new Dark Style Change width
Log in Register
What's new Search
Menu
Log in
Register
Navigation
Install the app
More options
Dark Style
Close Menu
Posted on March 1, 2020 by t1g3r5fan
You are using an out of date browser. It may not display this or other websites correctly.
You should upgrade or use an alternative browser.
Vonnegut adaptation debuts on Blu-ray 4 Stars

Very few directors are able to work through different genres and not be able to define themselves in one concrete way or another; George Roy Hill was one of them. While he’s best known for Butch Cassidy and the Sundance Kid (1969) and the Oscar-winning The Sting (1973), Hill was underrated and shown a great versatility through his films. Coming in between his best known works was Slaughterhouse-Five, a film adaptation of Kurt Vonnegut’s satirical novel. Previously released on DVD by Universal, Arrow has licensed the film for its Blu-ray debut.

Everyman Billy Pilgrim (Michael Sacks) has become, in his own words, “unstuck in time”. His life flashes back and forth between his experiences as a prisoner of war in World War II (notably the fire bombing of Dresden), his successful life as an optometrist with his family in Ilium, New York, and scenes in the future on the distant planet of Tralfamadore. Along the way, he encounters friends and enemies as well as having a vision of his own death, further giving credence to the simple truth that life truly is random, or as the Tralfamadorians would say, “and so it goes”.

Kurt Vonnegut’s unique writings have produced mixed results in terms of film and TV translations, but Slaughterhouse-Five certainly belongs among the best adaptations of his works. The largely fragmented story structure is intact in translation from the novel (though it can be a little jarring and confusing for those not familiar with either the movie or Vonnegut’s work); Stephen Geller’s screenplay also keeps the black comedy and sharp wit largely intact as well. George Roy Hill’s direction is assured throughout, never once steering into the dull and redundant – not an easy task given the unique story structure. Finally, the movie is well shot, constructed and acted by the ensemble cast, giving life, pulse and meaning to Vonnegut’s words and themes. It’s easy to see why the author was very effusive in his praise of the film adaptation of Slaughterhouse-Five, a movie that truly was underappreciated on its initial release but stands out now as one of the best sci-fi films of the 1970’s.

In his film debut, Michael Sacks makes for a memorable Billy Pilgrim, the everyman whose life is a little extraordinary; he had a few more film roles before retiring, never quite getting a plum part like this one. The late Ron Leibman cast a memorable impression as the psychotic and vengeful Paul Lazzaro; Eugene Roche also stands out as the father figure to Billy in the POW camps, Edgar Derby. Sharon Gans makes the most of her time as Billy’s wife Veronica while Valerie Perrine is certainly luminous as the girl of Billy’s dreams and on Tralfamadore, the Hollywood starlet Montana Wildhack. Other notable appearances here include Perry King and Holly Near as Billy’s children, Kevin Conway as an ill-fated soldier whose death ignites Lazzaro’s vengeance against Billy, Roberts Blossom as another ill-fated POW who invites Billy to a post-war celebration that never happens, Sorrell Booke (Boss Hogg himself) as Billy’s father in law, Friedrich von Ledebur as the German leader in Dresden, John Dehner as the abrupt Professor Rumfoord, Lucille Benson as Billy’s mother, and Henry Bumstead (the film’s production designer) in a rare acting appearance as Eliot Rosewater (a character in the larger Vonnegut universe).

The movie is presented in its original 1:85:1 aspect ratio for this HD transfer, taken from a 4K scan of the original elements. Film grain is organic throughout, with shifts in density present in scenes involving optical effects; colors are strong and fine details are rendered faithfully as well. There’s very little in terms of issues present (scratches, dirt, tears, etc.), which makes this transfer an improvement over the Universal DVD and likely the best this movie will ever look on home video.

The film’s original mono soundtrack is presented on a uncompressed PCM track for this release. Dialogue is both strong and clear, with the sound mix and Glenn Gould’s adapted score both given great ambiance and fidelity; problems due to age (distortion, crackling, etc.) are minimal to none here, which means that this release represents the best the movie will likely ever sound on home video and an improvement over the previous Universal DVD.

Commentary by film historian Troy Howarth – Recorded for this release, Howarth goes over the production details of the movie as well as some of the details of Vonnegut’s novel; a very informative and insightful track.

And So It Goes (21:05) – In this newly filmed appreciation, film critic and historian Kim Newman talks about the movie and the novel and offers up some personal insights into them both.

Pilgrim’s Progress: Playing Slaughterhouse-Five (14:07) – Actor Perry King talks about his role in the movie and a little bit about his career in this newly filmed interview.

Only on Earth: Presenting Slaughterhouse-Five (8:41) – This newly filmed interview has Rocky Lang, son of executive producer Jennings Lang, talking about his father’s career and the film’s distribution history.

Unstuck in Time: Documenting Slaughterhouse-Five (14:38) – Robert Crawford Jr. talks about the unfinished behind-the-scenes documentary on the movie (with clips from the unfinished project) in this newly filmed interview.

Eternally Connected: Composing Slaughterhouse-Five (11:36) – In this newly filmed interview, film music historian Daniel Schweiger talks about Glenn Gould’s involvement with the movie as well as the use of classical music for the soundtrack.

Booklet feat. an essay by Peter Tonguette (1st printing only)

While it garnered some recognition upon initial release (the Grand Jury prize at Cannes), Slaughterhouse-Five did cause some confusion and mostly was underappreciated by audiences;  today, it’s now considered one of the most underrated movies of the decade. Arrow should be commended for giving the film its best incarnation on home video, with great picture and sound in addition to a solid slate of bonus features going into the movie’s history. Very highly recommended.

Thank you for your fine review. I'm probably going to skip this BD release as I bought iTunes HD digital for $4.99 back in late 2018. I tried watching the movie not too long ago when this BD release was announced, but got side-tracked about 30 minutes into the movie. I'll try to finish it now that it's been released.

I must finally see this. I remember seeing it on the vhs shelf maybe and definitely in various books about movies when in my teens. I never rented it though. Will get this. Can't imagine how it might make me feel, like Solaris? A boy and his dog? Stalker? Barbarella!1 lol

Radioman970 said:
I must finally see this. I remember seeing it on the vhs shelf maybe and definitely in various books about movies when in my teens. I never rented it though. Will get this. Can't imagine how it might make me feel, like Solaris? A boy and his dog? Stalker? Barbarella!1 lol
Click to expand...


It is very much worth seeing, imo. One of the more underappreciated movies of that time. Highly entertaining. Often astonishing in how well it handles the time jumping elements. Rather wonderful performances down to the smallest roles. Haunting. You will never forget some scenes and sequences.

Cineman said:
It is very much worth seeing, imo. One of the more underappreciated movies of that time. Highly entertaining. Often astonishing in how well it handles the time jumping elements. Rather wonderful performances down to the smallest roles. Haunting. You will never forget some scenes and sequences.
Click to expand...

ooooooooo... you are definitely building it UP! lol I think I know now what I'm in store for, just like the others ones I mentioned, maybe not the same, just same kind of experience.

Cineman said:
It is very much worth seeing, imo. One of the more underappreciated movies of that time. Highly entertaining. Often astonishing in how well it handles the time jumping elements. Rather wonderful performances down to the smallest roles. Haunting. You will never forget some scenes and sequences.
Click to expand...

I remember Valerie Perrine's boobs. Otherwise... not so much!

I should try to see the movie again sometime. I saw it in the theatre when it came out and found it completely incomprehensible. I left with a “What The F&@K Was That?”! attitude. Of course I felt the same about “2001”, and I have learned to really appreciate that.

TJPC said:
I should try to see the movie again sometime. I saw it in the theatre when it came out and found it completely incomprehensible. I left with a “What The F&@K Was That?”! attitude. Of course I felt the same about “2001”, and I have learned to really appreciate that.
Click to expand...

There have been several time jumping style movies made since. And I am not sure if this was the first or just one of the first ones. Maybe most audiences were not prepared for it. I suppose Citizen Kane could fall into that time jumping category. But in that one there are onscreen characters introducing the out of chronological order sequences. That isn't the case with Slaughterhouse-Five.

I'm thinking most people who haven't seen it assume it is a heavy, philosophical drama. Actually, it is a highly entertaining, often quite funny, occasionally whimsical sci-fi movie that is however based around a very serious historical event.
Last edited: Mar 9, 2020
You must log in or register to reply here. 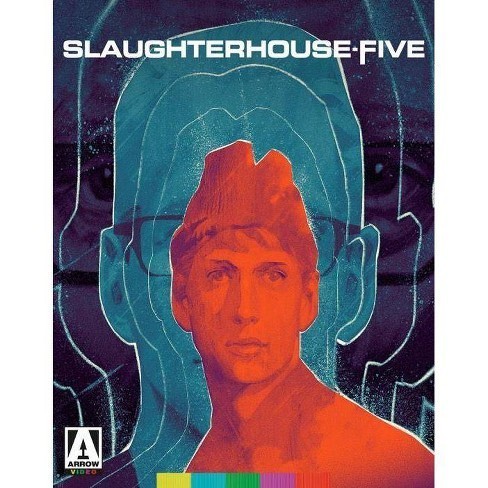