Posted on February 11, 2018 by Neil Middlemiss
A perfect, thrilling, and absorbing piece of cinema 5 Stars

Crafted with a gift for capturing the layers of complex characters, investigative pursuit, and the tightening screws of tension, The Silence of the Lambs builds its effective psychological horror. It is mesmerizing cinema deserving of its five Academy Award wins, including for Best Picture, Best Actor (Anthony Hopkins) and Best Actress (Jodie Foster). Criterion’s release is a definitive presentation, with flawless audio and video, and near-complete collection of special features.

“You know what you look like to me, with your good bag and your cheap shoes? You look like a rube. A well-scrubbed, hustling rube with a little taste. Good nutrition’s given you some length of bone, but you’re not more than one generation from poor white trash, are you, Agent Starling? And that accent you’ve tried so desperately to shed: pure West Virginia. What is your father, dear? Is he a coal miner? Does he stink of the lamp? You know how quickly the boys found you… all those tedious sticky fumblings in the back seats of cars… while you could only dream of getting out… getting anywhere… getting all the way to the FBI.”

Trainee-FBI Agent Clarice Starling is recruited to assist in a special case by Agent-in-charge Jack Crawford. She is tasked to approach notorious serial killer, Dr. Hannibal Lecter-Hannibal the cannibal-for potential insight into the serial killer, Buffalo Bill, known for skinning his victims. Starling is green, but eager. A capable student with a desire to work in Agent Crawford’s Behavioral Sciences Unit, she accepts, and confronts the fascinating, manipulative, oddly compelling Dr. Lecter locked away in the dungeons of a Baltimore criminal facility. Starling and Lecter form an unusual relationship as he teases out information and insight into the mind of the brutal killer Starling so desperately wants to help catch.

The Silence of the Lambs demonstrates a superb skill in terrifying audiences within the frame of a dramatic and thrilling plot. It tells quite a simple story; the hunt to catch a vicious serial killer and the young FBI agent who must consult a dangerous, seductive prisoner, “Hannibal the Cannibal,” to gain insight into the man being hunted. Giving the film an additional sense of urgency and a brisk pace is the race to save the young captive woman, who while still alive, does not have long. In the hands of the late Jonathan Demme directing, this fiercely intelligent production builds a frightful reality. Demme’s proclivity for having characters look directly into the camera, looking and talking to us-the audience-breeds an intriguing intimacy. We become a part of the scene and cannot look away. Demme directs from a splendid screenplay by Ted Tally, adapting Thomas Harris’ book, to create.

The world seen in The Silence of the Lambs is a drab, gritty place where the muted colors of life permeate everything, and the somberness of investigative procedure is mirrored in every dank location, run-down house, and landscape worn out by winter. Anthony Hopkins provides an immensely taut and outstanding performance as the cannibalistic killer, Hannibal. His interactions with the novice Agent Starling, played by Jodie Foster, as she tries to learn critical details about “Buffalo Bill”, are now legendary. Hopkins’ performance is landmark and magnificent. His ability to lure us with his soft-spoken way, unexpectedly and reluctantly endears us to him. He is likeable despite the ferocity of his actions-and that makes the character far more dangerous. Jodie Foster as Starling excels in her role. She portrays Starling with timidity and a growing sense confidence. Her wariness becomes a striking source of courage as she maneuvers the male-dominated field of law enforcement. We often see her surrounded by men, often much taller, who tower over her, but she never relents. She is able to more than hold her own with her keen intelligence and a fervent fortitude. She is a brilliantly realized hero, thrust in the center of brutal, violent circumstances, resolving to not become a hero, but to do the right thing, becoming the hero as a byproduct. One of cinemas most compelling characters.

The horror in The Silence of the Lambs comes most notably from the brutal and heinous mutilations of victims and from the associated bloody and disturbing images. But the true horror in this modern classic is found in the grotesqueries of distinct possibility. There is no apparition, no undead or implausible killer on the loose, and no supernatural or unnatural realm being tapped here, just the darkest dominion of what people can do. This is one of the best horror films ever made. It generates a sense of fear, placing the audience in a terrifying voyeuristic state watching characters in states of vulnerability. There we engage in nail biting and burying faces in pillows when the tension rises. And the denouement with riveting misdirection is still something to behold.

The film is a triumph, not only for the quality of its production and story, but for its ability to breach the mainstream consciousness and achieve a commercial and critical success nearly unheard of for a film like this. It thrust into the popular culture scene the iconic Hannibal Lector character, doing so in part by transcending genres to become a top-class thriller and an unsettling chiller. It has settings and sounds that are the territory of horror–brick dungeons with haunting echoes, ruthless and bloody killings, and a killer with shocking motives. All these things masterfully coalesce to earn this film a rightful place as an undisputed classic.

This film doesn’t look 27+ years it. It looks like it was filmed recently. Outside knowing these are actors in their younger days, you can be fooled into thinking this is a new film just set in the early 90s. There’s a vibrancy and clarity and impressive contrast of colors and details in full preservation of the original intent. Just extraordinary and the most impressive this film has looked at home.

This release features a terrific 2.0 surround DTS-HD Master Audio as well as an alternate 5.1 surround soundtrack, presented in DTS-HD Master Audio. For the purposes of this review I watched with the 2.0 track (and sampled the 5.1), and they are outstanding. This is a dialogue-rich film which, in every opportunity, is clear and unfettered. The impressive sound design lures and traps us, and, with Howard Shore’s score creating an entire, isolated world where we exist, thrilled and frightened. In fact, Howard Shore’s masterstroke score builds a tension, swells with dark threats and emotional wrenching and release. Any pops, cracks or other issues are nowhere to be heard. The 5.1 allows for more immersion, and gives the sound-design more space, but those looking to experience the original audio will be very pleased with the 2.0.

Just about everything ever included as a special feature has been included this release. The new elements are a new set of deleted scenes and an interview with critic Maitland McDonagh is an interesting discussion of killers and the cinema that examines them.

The scenes are alternate takes on scenes that made the final cut, or lines around those scenes, and a few other ideas. These deleted moments are of varying quality, from poor to okay. A collection of outtakes rounds these out. The commentary remains a fine listen, and the interview with composer Howard Shore offers still compelling insight into the process. I’ll also add that the booklet included, with the essay by critic Ann Taubin (and introduction by Jodie Foster and interview segment with director Jonathan Demme) is very, very good.

Interview from 2005 with Demme and Foster

Inside the Labyrinth, a 2001 documentary

Page to Screen, a 2002 program about the adaptation

Horror has many faces. Things that go bump in the night, zombies, aliens, ghosts, the supernatural and the terrifying horror of what one human can do to another. That form of horror, sharing the unthinkable cruelty where the dark corner of the soul abandons its own humanity to perform unimaginable acts, is where Silence of the Lambs exists. And in its examination of that horror, and the hero of a young FBI agent-in-training standing up and standing out in her field, where this film earn its place as one of cinemas most thrilling films. 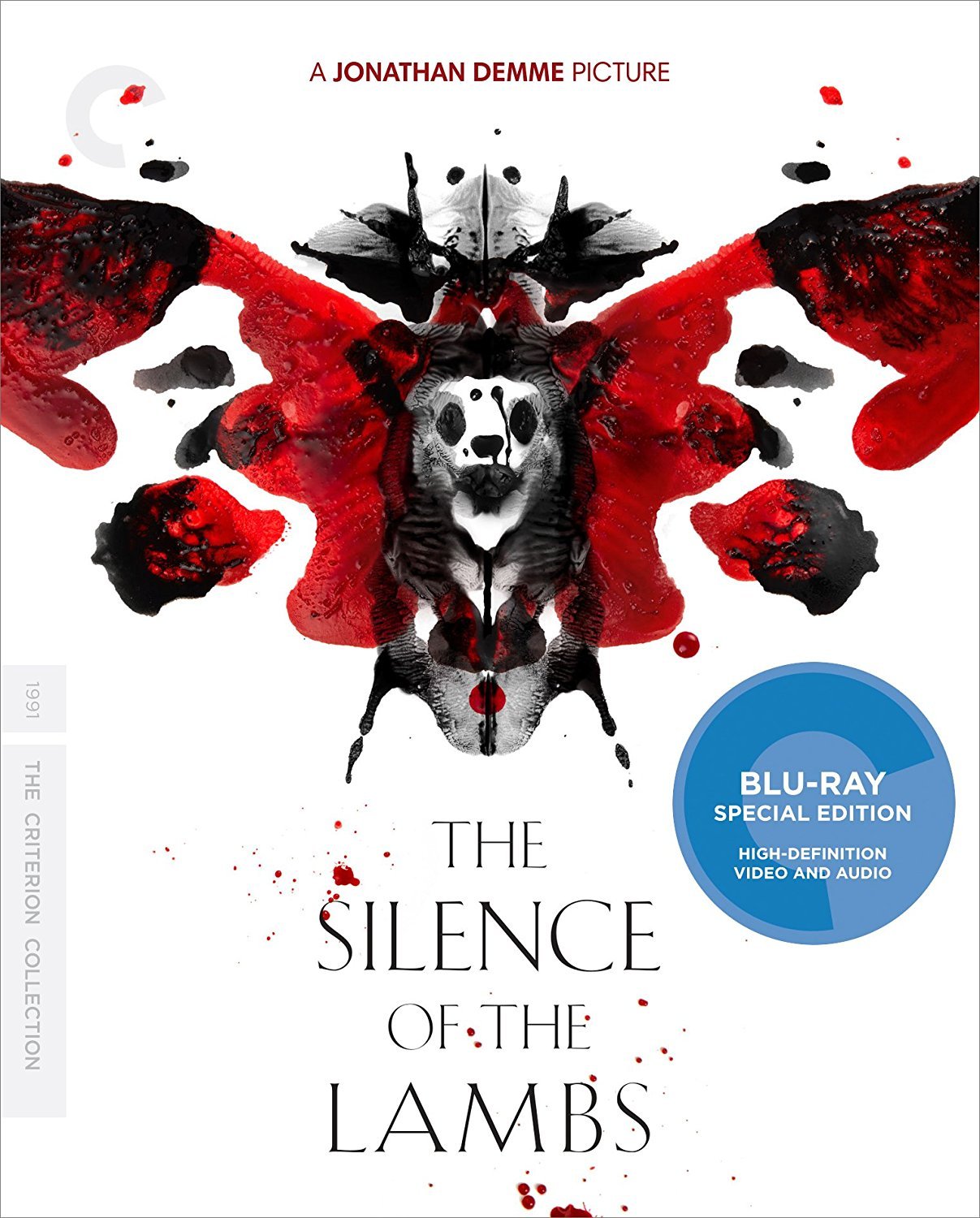