Seymour-Screen Excellence of Ames, Iowa, has introduced what it claims is the industry’s first color temperature-tunable back-lighting kit for home theater screens. The company believes the new product is ‘the perfect compliment’ to ambient light-rejecting film screen and a high brightness projector in a darkened room. The kit can be calibrated to achieve a 6,500K hue behind and around the film screen, regardless of the wall color. The improvement in contrast should not only be aesthetically please, but should also reduce eye fatigue and deliver an enhanced cinematic experience.

The lighting kit can be adjusted from 3,000K to 20,000K to achieve its 6,500K Kelvin color temperature. The properly-calibrated back-lighting (also known as hue) behind and around the film screen serves to improve contrast and reduce eye strain. The company claims that this is ‘especially useful’ when combining a high-brightness projector with an ambient light-rejecting (ALR) film screen in a darkened room setting.

“Lighting kits have become popular among film screen and HDTV users, however much of the ones available on the market actually contaminate the video experience because they simply project primary or secondary colors onto the wall.  For video purists like us, this looks so ridiculous. We jokingly refer to them as ‘dancing UFO lights,’” quips Seymour-Screen Excellence Managing Director Chris Seymour.

“Understanding that the vast majority of homeowners aren’t painting their room walls a D65 color, we set out to design a solution that could compensate for their wall color and make high dynamic range (HDR) and high-brightness viewing less fatiguing. Now when the homeowner gets their projected image calibrated, their calibrator can find the bias light setting for a true 6,500K,” added Seymour. 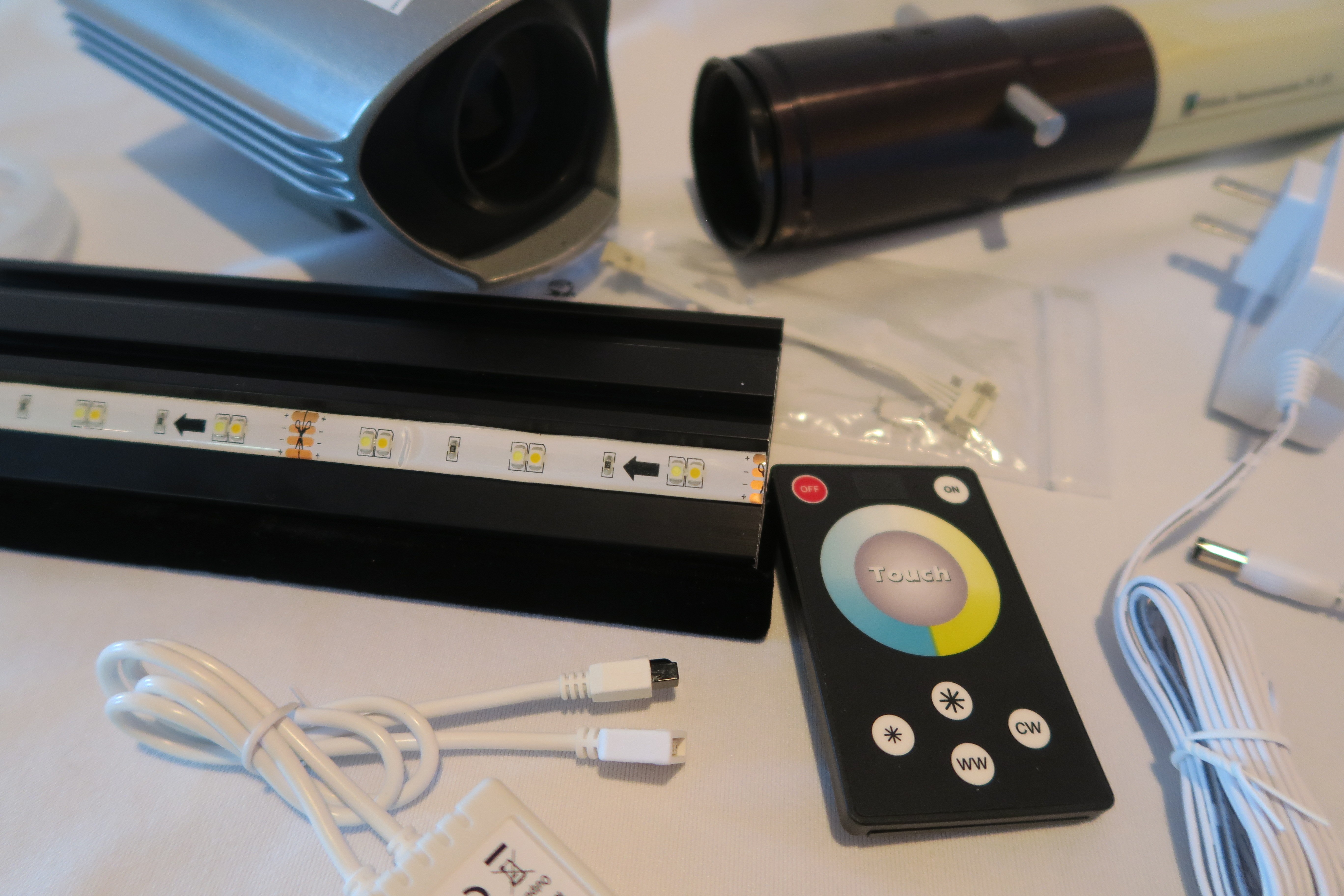 The kit is comprised of LED light strip assembly that gets taped around the rear of the fixed-frame film screen. Via the kit’s IR remote, the calibrator can bring the color temperature up or down to best suit the wall-color, using a color meter to measure the temperature. “If the walls are yellow or orange, the kit would be dialed toward a blue (or cool) tint to increase the ambient bias lighting up to 6,500K.  Conversely, if the walls are on the bluish side, the kit would be dialed toward the warm-end to decrease the ambient bias lighting down to 6,500K,” explained Seymour.

Ambient light-rejecting (ALR) film screens are beneficial in rooms subject to daylight or other lighting that cannot be completely controlled – albeit a multi-purpose entertainment room or dedicated theater.  Additionally, some homeowners are opting to use a high-brightness projector with an ALR screen to achieve an large screen experience that exceeds the size of a flatscreen TV. While ALR screens have been popular over the years, they have been prone to problems that affect performance, namely issues such as color shifting, hot spotting, ringing, sparkling, etc.

In 2014, Seymour-Screen Excellence brought to market its first ALR screens. Called Ambient-Visionaire, this proprietary ambient light filtration offers ‘the reference-quality color uniformity’ that the brand is known for, yet without exhibiting any of the traditional performance issues. Its surface is comprised of billions of nano-mirrors, dithered at the desired viewing angle, and layered so that side light from any direction will be absorbed by carbon particles and the substrate. The reflective elements are less than 1/10th the smallest size visible by the human eye, therefore the screen cannot create a discrete sparkle. So small and dense, a 16K resolution pixel would have over 300 mirrors to itself; a 4K pixel nearly 5,000.

With this method of selectively reflecting the projected image versus ambient light, the Ambient-Visionaire was awarded ‘best-in-class’ gongs by several CEDIA publications and has been recommended in reference calibrator W. Jeff Meier’s AccuCal Projection Screen Material Reports.

Comprised of LED light strips, a power supply and IR remote, the tunable white bias lighting is the company’s first back-lighting solution. The kit used in conjunction with the Seymour-Screen Excellence Ambient-Visionaire makes for ‘an unprecedented cinematic experience,’ claims S-SE. With MSRP set at $490, the light kit is available to order now.