Forum List What's new Dark Style Change width
Log in Register
What's new Search
Menu
Log in
Register
Navigation
Install the app
More options
Dark Style
Close Menu
Posted on November 18, 2018 by Neil Middlemiss
You are using an out of date browser. It may not display this or other websites correctly.
You should upgrade or use an alternative browser.
Classic Bill Murray comedy gets a simple reissue 4 Stars

Scrooged remains a delightfully manic and funny holiday treat – a take on Dickens’ A Christmas Carol that updates and twists it just enough to be fresh without a hollow facsimile of the originating tale. Bill Murray is the career driven executive bent on forcing cast and crew to work on Christmas Eve putting on a live broadcast of ‘A Christmas Carol’ who is taken on a journey into who he was and who he will be. The brilliant production design and playful makeup and practical effect augment the ridiculously good performances and energetic and spirited script. Scrooged easily belongs as a staple of holiday viewing!

“You’ve got a promo featuring America’s favorite old fart reading a book in front of a fireplace! Now I have to kill all of you!”

Frank Cross is a cold-hearted television network executive – a narrow minded, self-focused megalomaniac with a mean spirit and a proclivity for demanding that his executive suite be an echo chamber for his ideas. However, his life is turned upside down when he is visited one night by three ghosts who aim to turn him from bad guy to nice guy.

This updated version of Charles Dickens’ 1843 classic tale (A Christmas Carol) of the curmudgeonly Ebenezer Scrooge being visited by the ghosts of Christmas past, present and future is cleverly (and suitably) migrated into the modern setting of a Television studio. Bill Murray assumes the wickedly mean lead role of Frank Cross (a more likely name in late 1980’s New York), and steals the show. Dickens’ tale took the Scrooge character on a harrowing journey through his own life, with the ghosts of past, present and future all painting a bleak picture of who scrooge had become and how his life, if left on a course uncorrected, would end hollow, absent of joy, purpose and the concern of anyone but his devoted brother.

Richard Donner, a director commonly associated with action and adventure stories (Lethal Weapon, Superman – The Movie) indulges some twisted sensibilities that play like a muted Tim Burton (muted compared to Burtons more exuberant journeys into comparable realms in films like Beetlejuice). Through the comedic liveliness of Bill Murray, and some top-notch make-up and practical effects, Donner’s film provides all the nuttiness this humorous telling needs.

Scrooged is borne on the back of Bill Murray and, thankfully, he is in top form. There is wildness to his performance – a mania tempered only by the cold, calculating nature of his characters wicked ways that elicits laughs from his pendulum swing between the two extremes. Clearly Murray delights in the character and as his character’s meanness is chiseled away through the story by the visiting apparitions, he able navigates the emotion on such a slight curve that the ludicrously joyous sing-along ending is wholly earned.

The supporting players are well cast and in great form. Karen Allen (Raiders of the Lost Ark) brings her sweet eyes and wide smile to the role of Claire Phillips, Frank Cross’ old flame. John Glover nimbly achieves likeable suave as Cross’ nemesis of sorts, Bobcat Goldthwaite plays Eliot Loudermilk, a recently and unfairly fired employee and the late, great Robert Mitchum turns in a funny but brief performance as Franks boss, Preston Rhinelander. Finally, the always lovely Alfre Woodward stars as Grace Cooley, this retelling’s version of Bob Cratchitt, with her son, Calvin, being mute rather than just sickly. There are also deliciously good performances from David Johansen as the Ghost of Christmas Past, Carol Kane as the Ghost of Christmas Present, and Michael Pollard as an unfortunate homeless man.

Scrooged is a visual treat and with uniformly wonderful actors having fun in an off-kilter modern retelling of a classic story. This film really should be part of everyone’s holiday tradition.

As a simple reissue of the Blu-ray first released back in 2011, it holds up rather well. As I noted in my review seven years ago, the image benefits from fine detail, clean presentation and a no notable examples of digital interference. The colors don’t pop as you might expect (the holiday decorations in the corporate headquarters – reds and greens – are somewhat dull) but generally fall in line with other films from the 80’s (in my experience).

Paramount has had a mix of triumphs and moderate successes going back to their 80’s catalogue on Blu-ray, but Scrooged rates highly.

Scrooged comes with a DTS-HD MA 5.1 audio option with a little boom and bluster during appropriate sequences, however the audio is a tad flat at times. That isn’t to say that this is a sub-par audio, on the contrary; dialogue is crisp in the center channel, there is nice disbursement throughout the surrounds, and Danny Elfman’s score hops and horns its way throughout the film with its expected frenzy.

Disappointingly, this release has nothing beyond the theatrical trailer, plus the addition over the previous release of a digital copy.

Scrooged remains a hilariously quirky, warm, funny, and feel-good holiday treat with Bill Murray giving a performance that swings perfectly between the callous corporate type and the soft-hearted, wide-eyed former self. It’s the kind of likeable silliness – with the perfect amount tenderness and a sweet core – that mixes richly to serve up a mini-classic.

Technically, this is simply a re-release of last year’s repackaging (which, besides new cover art, was just a repeat of 2011’s release), with Paramount choosing to reissue it again in time for the film’s 30th Anniversary (albeit with sticker acknowledging the anniversary). As such, it’s a missed opportunity to have properly celebrated this terrific film on its 30th Anniversary in style. A 4K release would have been a delight, but even the inclusion of a handful of retrospective special features would have felt more appropriate.

My advice, if you don’t already have this one, it’s currently under $7 on Amazon and is, therefore, not a bad investment. Otherwise, hold out for a more worthy revisit at some point in the future (hopefully).

Todd Erwin said:
Not even a new transfer? How sad....
Click to expand...

Yep, Paramount.
You must log in or register to reply here. 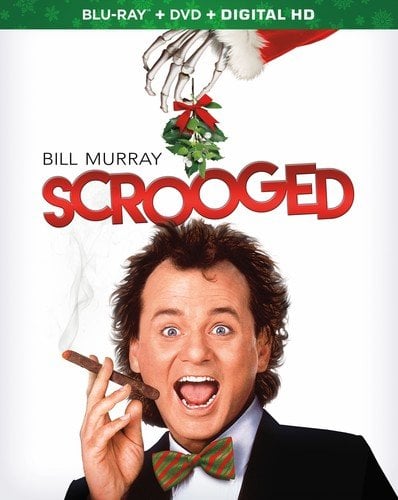