Forum List What's new Dark Style Change width
Log in Register
What's new Search
Menu
Log in
Register
Navigation
Install the app
More options
Dark Style
Close Menu
Posted on January 12, 2020 by Sam Posten
You are using an out of date browser. It may not display this or other websites correctly.
You should upgrade or use an alternative browser.
Who Ordered The Chicken? 3 Stars 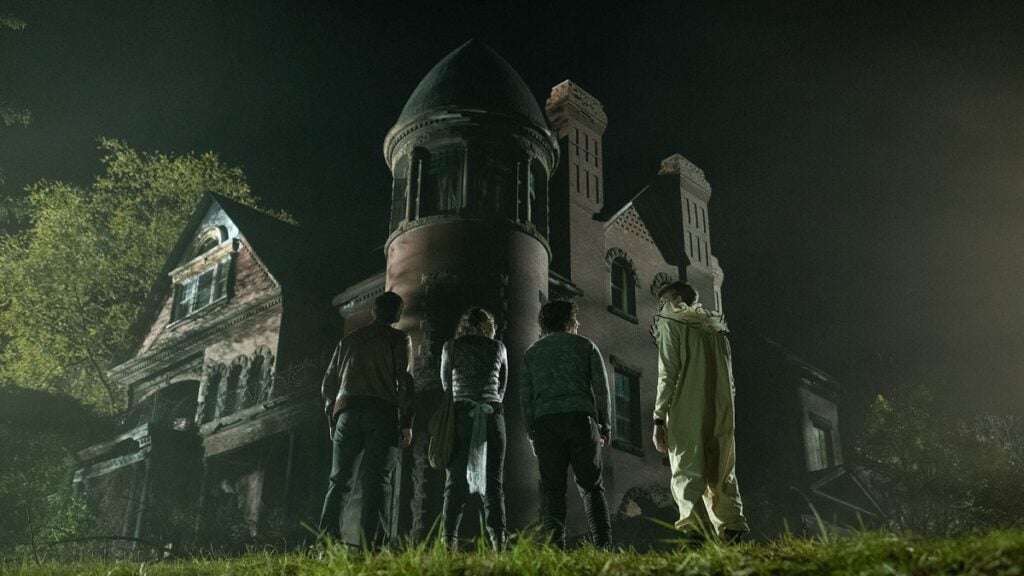 It’s Halloween 1968 and friends Stella (Zoe Colletti), Auggie (Gabriel Rush) and Chuck (Austin Zajur) set out to prank town bully Tommy (Austin Adams). When their plan goes awry they hide out in the local drive in and dive into out-of-towner Ramon (Michael Garza)’s car. Fast becoming friends, the kids leave the drive in and head to a supposedly haunted house. Tommy and his date Ruth (Natalie Ganzhorn) catch up with them and Tommy locks all of them, including Ruth, inside. In the basement Stella finds the book belonging to long deceased writer Sarah Bellows (Kathleen Pollard). When Stella opens the book, it awakens Sarah’s ghost and words begin to appear, telling gory new tales. The first tells of an encounter between a boy named Tommy and an animated scarecrow named Harold. Tommy’s disappearance indicates that they aren’t just stories, but Sarah is conjuring real monsters to torment those in Stella’s orbit. As the gang and those near and dear to them start dwindling, Stella will have to confront Sarah and get her to stop, one way or the other. 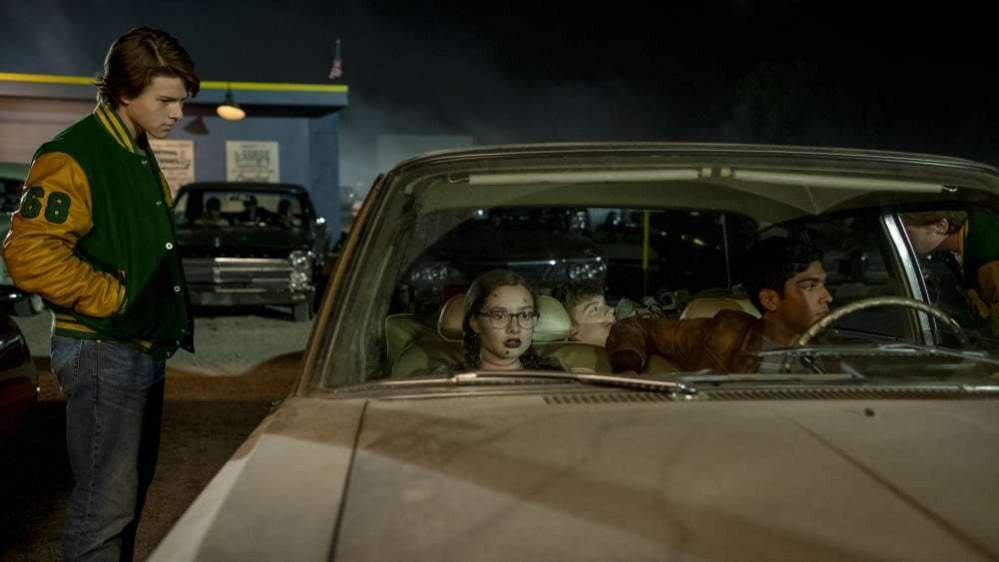 I was not familiar with Alvin Schwartz’s series of books that this film is based on, but I found SSTTITD an interesting mashup of very different tales brought together through a common bond. It’s a little contrived and a little goofy, but setting it 49 years ago at the start of Viet Nam and at the beginning of Richard Nixon’s presidency has obvious parallels to the political tensions of 2019.

While the vast majority of the movie centers around the confrontation building between Stella and Sarah, the monsters that appear within the stories are the heart of what makes the film great. We’ve already mentioned Harold, and he’s right out of the Texas Chain Saw massacre but his ‘revenge’ of making Tommy stuffed full of straw is chilling. The toe monster that attacks Auggie is a bit goofy, but the spiders growing within Ruth and the chasing of Chuck by an unnamed silent hugging woman make up for it. But it’s the attack of Ramon by ‘The Jangly Man’ that’s likely to give most kids nightmares. Combining superbly flexible actors with gnarly CGI, Jangly Man is a hit.

Of course all of the goodwill that the movie builds is nearly taken down by an awkward attempt to set up a sequel, but we can only hope that works out better next time. 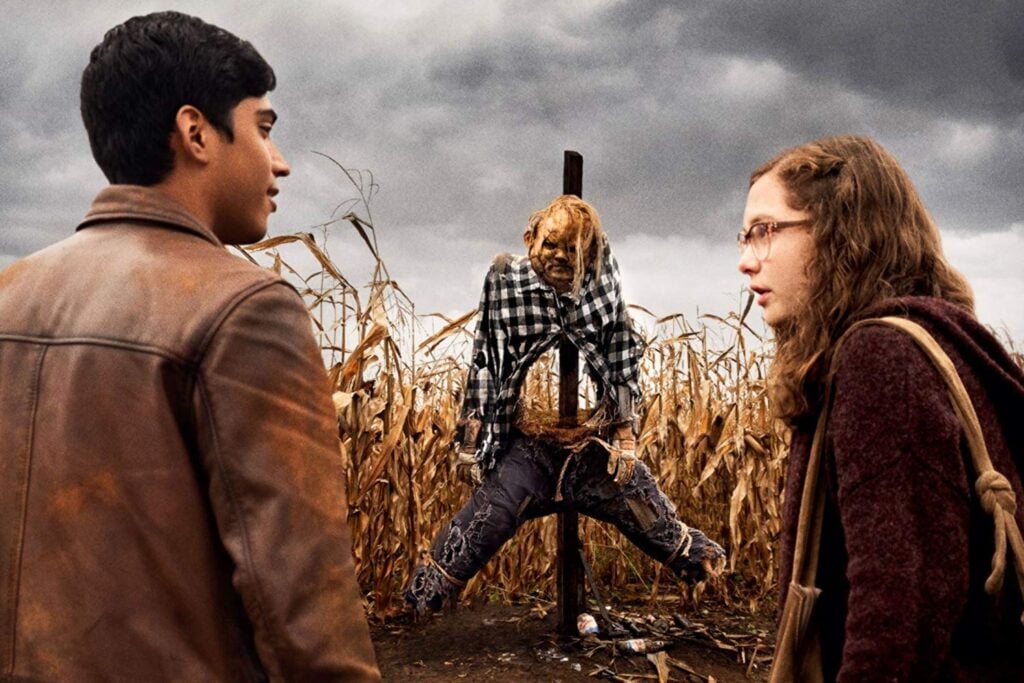 Top quality modern all digital shooting, using Arri Alexa Mini and SXT with Zeiss Master Anamorphic Lenses per IMDB. Dark scenes are well captured with minimal noise and no artifacting. There’s a light HDR pass with most of it working towards shadow detail, but terrific deep reds in the mental ward. 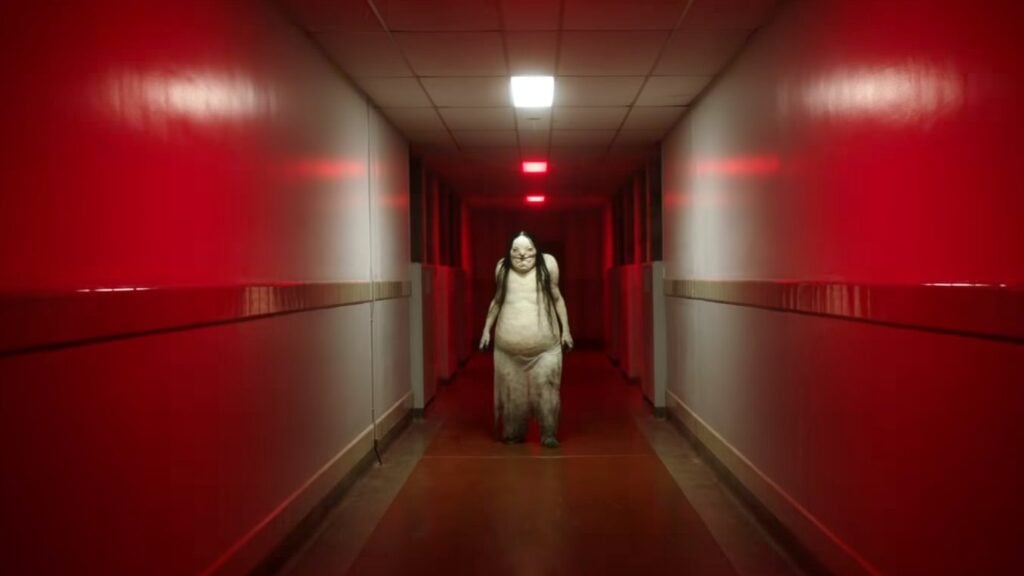 Solid surround quality with nice atmospherics and good dialogue. Monster sounds come from all corners and spooky noises seem to come from the roof especially in the Bellows mansion basement. Not much LFE action, but it’s there when called on especially in the Jangly Man sequence. 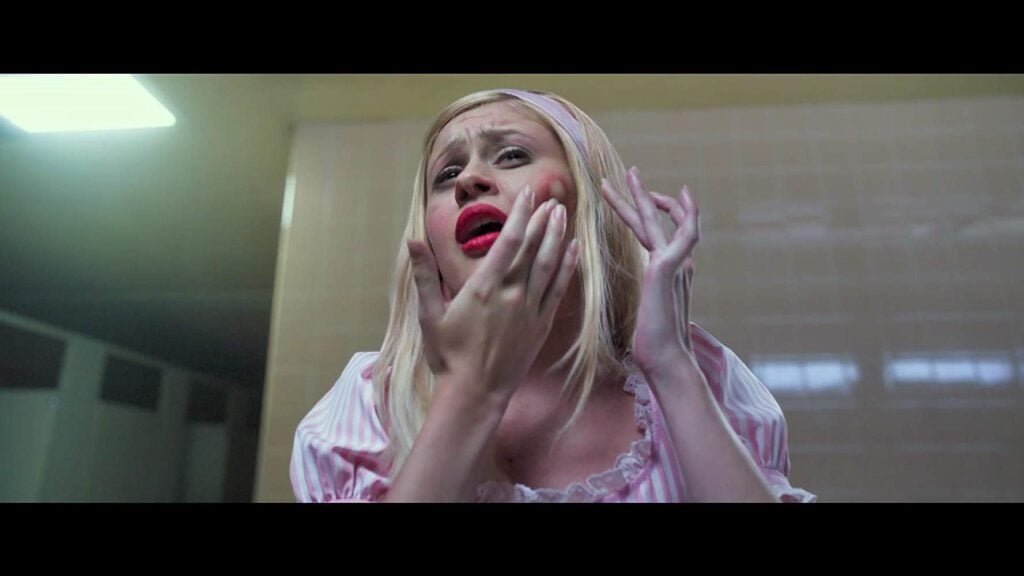 I went through all of the extras as I was intrigued by the history, not being knowledgeable about the book series. These details come through nicely in the extras and give some hints as to what might be available in the inevitable sequel.

Overall I enjoyed SSTTITD despite not being familiar with the source material or in the obvious target group of teenagers. Setting the film in 1968 did help me feel more grounded and intrigues as an older viewer, and I thought that was an inspired choice, ala what Stranger Things does for the 80s. In particular I’ve always been a huge fan of unique monsters, and all of those in this film are unlike most seen before and I’m intrigued to see how they might play out should Stella find a way to bring those who simply disappeared back.