The standalone US BD is due on Nov 5, 2019; it was released in Spain today, October 25,. Here’s the Spanish Universal artwork; the US will probably be the same but in English: 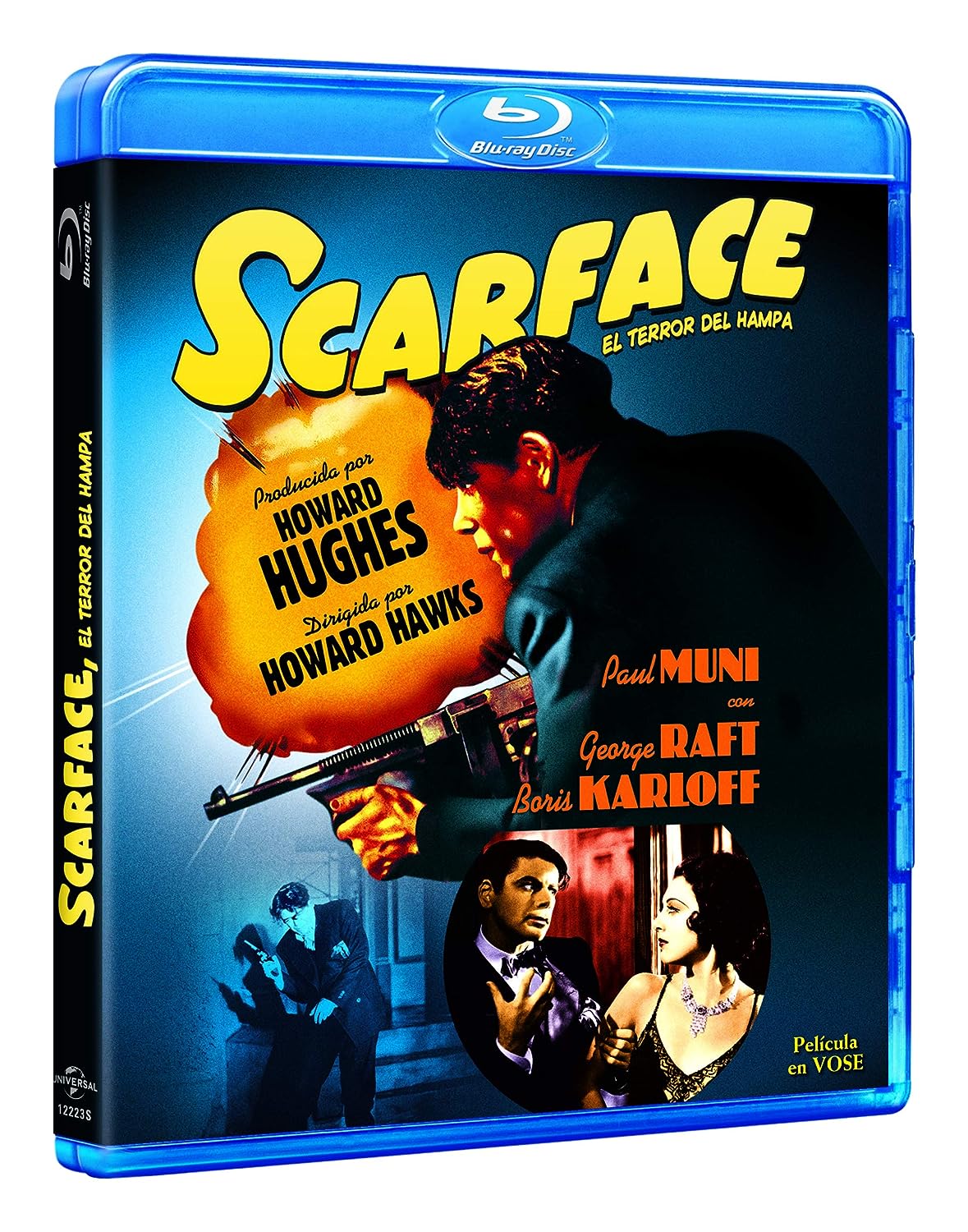 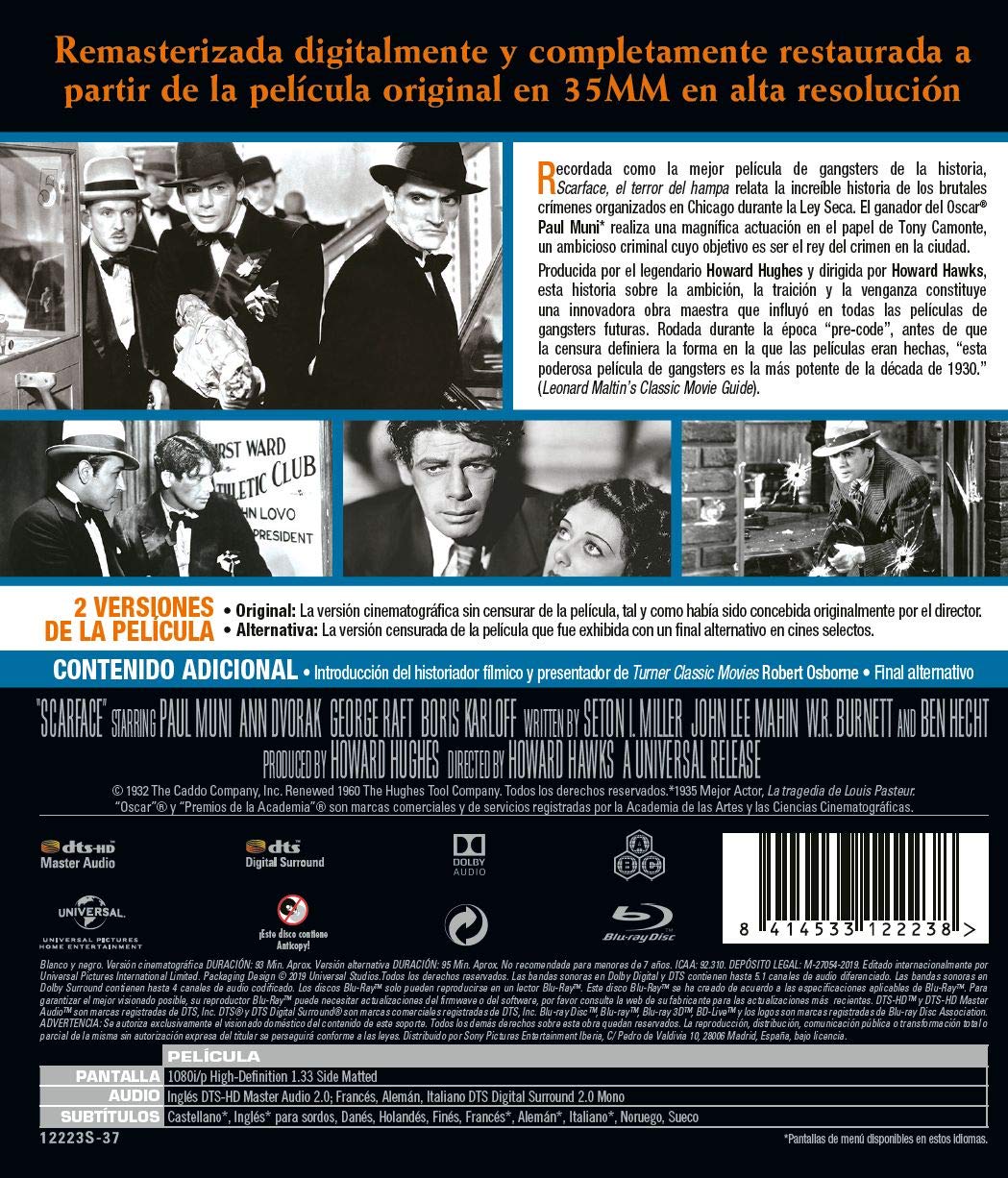 As per the norm for Universal, all releases will be region free and look like having similar, if not identical, sub and dub options. Extras are the same as the re-released US Universal Cinema Classics DVD: an Introduction by TCM host Robert Osborne (2:23) and an alternate ending (8:19) that was shot for the censors but ultimately unused.

For the record, the original uncensored cut no longer exists, but the original uncensored ending does. That’s the way the film was first released and is the version on all home video editions. I saw the restored film when screened at Il Cinema Ritrovato a couple of years ago and wondered why it wasn’t released sooner. I assume they’ve been holding it back to tie in with the remake’s UHD release, but either way I’m glad Tony Camonte’s finally free!